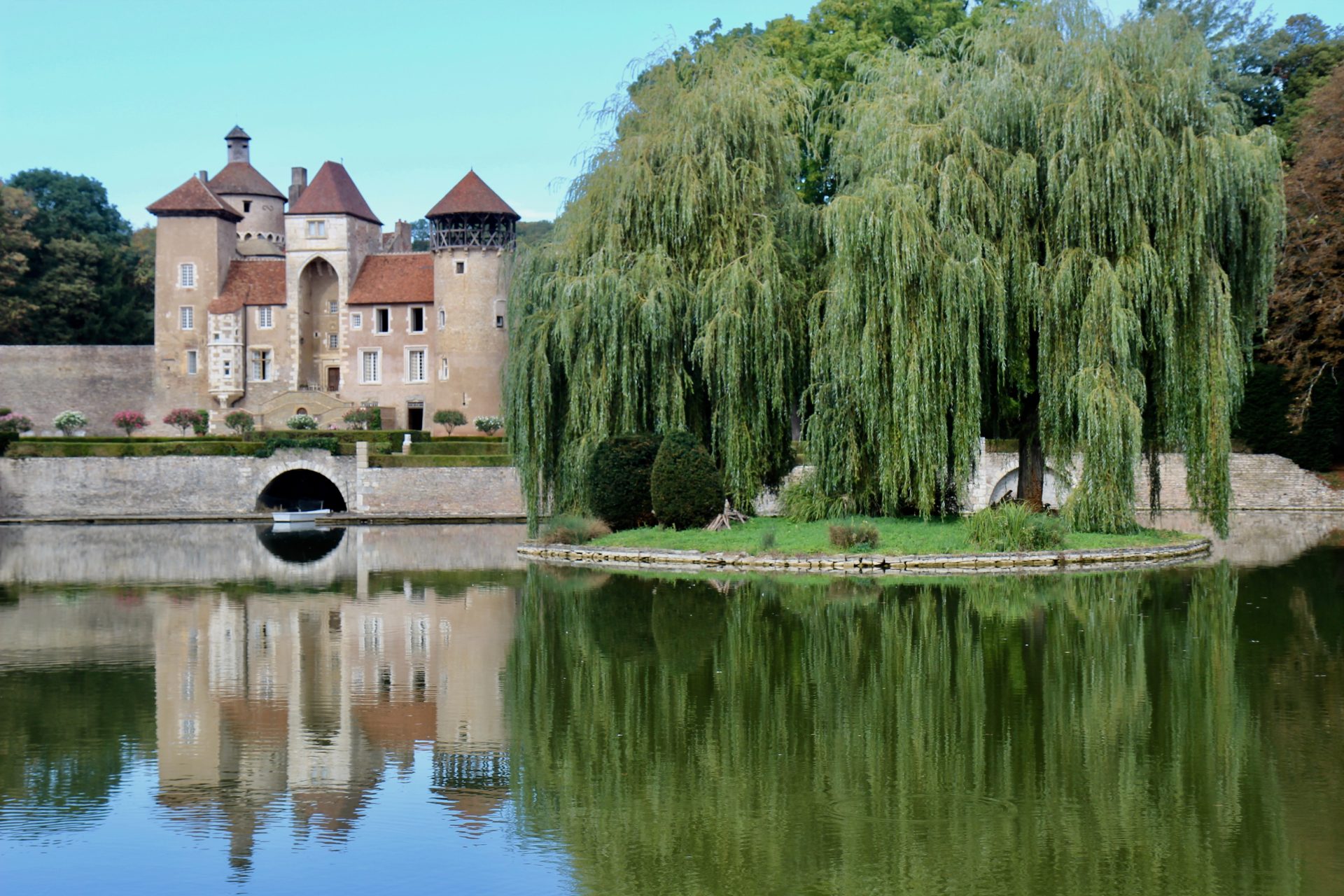 Willow trees are deciduous (leaves fall each year), and originated in China. The drooping branches led them to be known as “weeping willows.” Willow bark is used for medicine and various manufactured products.  Willows symbolize grief, strength and endurance, maturity and wisdom, and water and nature. Willows have special spiritual significance in many cultures, including use in Celtic rituals and as replacements for palm branches.

Fans of the show involving a vampire hunter named Buffy also often are big fans of the character Willow. She is a friend of Buffy. Willow has a quiet exterior but much inner strength.

The name “Willow” comes from the willow tree, perhaps best known as the “weeping willow.”  But, there is a lot more to willow trees than that.  Let us check them out some more.

Willows, there being more than 400 species around the world, are deciduous trees.

Deciduous (from a word meaning “fall”) trees regularly lose their leaves.  The bare trees that are seen during the wintertime are deciduous trees.  Evergreens keep their leaves yearlong.

Willows originated in China, but also are found throughout the Northern Hemisphere in North America, Europe, and Asia.

Willows thrive in areas with mild temperatures and plenty of moisture and sunlight.  They often grow near streams, wetlands, and sometimes in the backyards of homes.

Willow trees are important to many animals.  Bees make honey from its nectar.  Beavers use willows to make dams.  Animals eat their leaves.  Various insects are found around them as well, providing food for other animals.  Willows also can serve as shelter for animals.

Willows have the ability to absorb a lot of water, making them useful for draining flooded areas.  Willows also have strong, deep roots, which prevents soil erosion.  Unfortunately, this can also clog drains and cause damage to sidewalks.  Take the bitter with the sweet.

Willow bark has been used as medicine from ancient times.  A chemical, however, found in willow bark irritates the stomach.  This led to the discovery of a synthetic alternative: aspirin.

Willow trees are also useful in the manufacture of many products, including baskets, fishing nets, and dyes.   A fishing net made from willow has been dated back to 8300 BCE!

Willows are known by their long, sweeping branches that can reach the ground.  Raindrops falling from the branches appear to be tears.  This gives “weeping” willows its name.

Willows can therefore symbolize sadness and grief.  Some believe the first weeping willow grew in Babylon, where the Ancient Israelites were taken into slavery.

The drooping branches also symbolize humility and submission.  It is like they are bowing.

Willows, like other trees, are associated with health and well-being.  People from ancient times chewed its bark to treat pain and fevers.  Willow trees also symbolize doctors, nurses, and others who relieve pain and treat ailments.  They are symbols of medicine.

Willows are sturdy trees, even if they might have a wispy appearance.  The wood might be soft, but they have strong roots.  They are able to stay firmly in place.

Willows symbolize strength and endurance.   “Willow” is a good name for a strong girl or woman.

The endurance of the willow tree is seen by its ability to reproduce not only from seeds, but also from broken twigs and leaves.  This also shows its flexibility and ability to grow.

Willow trees have branches that are extremely flexible. The leaves can also represent balance, harmony, and growth.

Willows bend, but do not break.  The term “willowy” comes from the flexible nature of willow trees.  A girl named “Willow” might be tall and graceful.  “Lithe,” if you are fancy.

Willow Place is a women’s treatment center, which chose its name in honor of the positive symbolic power of the willow tree.

Willows are associated in many cultures with age, wisdom, and the passing of time.

Native Americans believe willow trees symbolize old age and wisdom as seen in the story “Wisdom of the Willow Tree.”

In Japan, weeping willows are associated with ghosts.  Associated with the dead, willow branches also are used to keep away evil spirits.

Willow branches are sometimes used in place of palms in religious ceremonies.

The Celts also used willows in their rituals, including as a love charm.

Celts recognized the special connection willows had with water. Since the moon controls the tides, willows also were understood to have a lunar connection as well.

Willows symbolize nature and watery areas.  Willows are familiar sights near lakes, streams, and wetlands.  Willows are so attracted to water, they are used for drainage.

When willows are mentioned in the Bible, this symbolism is used.  For instance, one prophet compares something as  “like willows by flowing streams.”

Along with water, willows are associated with all the life around them.  Willows can symbolize everyday life.  Better yet, willows symbolize the thriving life of nature itself.

Pussy Willows Are Not Cats

A pussy willow is a type of willow that might cause a few giggles.

Pussy willows are named for their flower clusters, named “catkins.”  The flowers early in their growing seasons are covered with fur, reminding people of baby cats.  A pussy cat.  Get it?

Pussy willows are popular ornamental flowers, including for the Chinese New Year.

Willow was well named.  Not only is she a strong woman who endured through many adventures, but Willow turned out to have the power of witchcraft.  Witches are associated with nature and the moon.  Willow also had more than her fair share of tragedy and grief.

Willow trees in general also have much meaning.  They do a lot more than weep