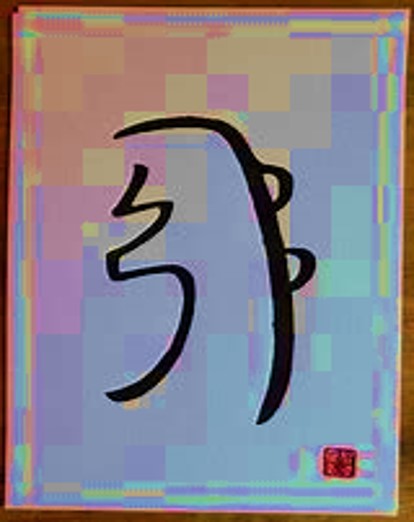 Reiki therapy is an alternative medicine that regulates the energy fields believed to be around our body. The use of  Reiki symbols is a means to channel this energy. Sei He Ki, the harmony symbol, is a major Reiki symbol. It is also known as a mental and emotional symbol. Sei He Ki helps a person cleanse bad energy on the road to a balanced existence.

It is the name of a form of alternative medicine, energy healing.  The general idea is that we have energy fields around our body.  The lack of proper flow of energy can cause physical and emotional pain.  Reiki practitioners can lay hands on a patient and help correct the problem.

Some Reiki practitioners use such things as crystals (crystals’ relationship with chakras also overlaps with Reiki theory).  Meditation and relaxation techniques might also be involved.

Reiki symbols are one specific approach to properly regulate bodily energy. The symbols alert the mind and body to change the way the Reiki energy functions.

Reiki is rejected by many as pseudoscience.  Nonetheless, the process has been found useful by many, even if the whole concept of energy fields and all that is not based on scientific reality.

The name of the second Reiki symbol, Sei He Ki, is usually translated as “God and man become one” or “The earth and sky meet.”

The translation is a poetic expression of the symbol’s purpose. There is understood to be a connection between our conscious (mental) and subconscious (emotional) bodies.  Or, the left and right sides of the brain, controlling the emotional and intellectual aspects of our lives.

The symbol provides a way to help these two aspects of humanity to interact and advance the overall health and well-being.

The Sei He Ki symbol looks a bit weird to me.  One description is “a wave cresting and getting ready to crash over a beach or a bird’s wing.”  Okay.

As with other Reiki symbols, there are different arguments made about what exactly the symbol represents.  Some argue it portrays the two parts of the brain.  Others say it looks like a human face.  Perhaps, it is a visual representation of the act of crossing boundaries.  Like a wave crashing onto land.  Maybe, contemplating its meaning is part of the journey?

It is not clear if the symbol itself literally is supposed to represent the two sides of the brain.

Nonetheless, the Sei He Ki symbol is an important tool to balance the two.  The symbol helps to create and retain harmony (it is often called the “harmony symbol”) between the intellectual and emotional sides of the brain.  Both sides are necessary for a completely balanced human.

This fits into an ancient understanding in Eastern philosophy, the presence of two competing forces, the ying and the yang.  The symbol is a means to provide harmony between these two ever competing forces.  It is therefore useful for settling disputes and successful partnerships.

An important purpose of this symbol is to release negative emotions which are caused by problems found in the subconscious.  Sigmund Freud might have found this a useful symbol.

Reiki healers believe a range of problems such as anxiety, stress, fear, and addictions can be helped by using this symbol.  The symbol can bring out the emotions causing such problems.

After doing this, a person can basically reprogram their mind to learn positive habits and responses to whatever once caused all that negative energy.  The symbol can be useful to quit smoking, lose weight, get rid of bad habits, and a range of other things caused from within.

Physical weakness is often a result of problems with your mental energy.

The symbol is useful to serve as an opening into your mind.  One value to such a “key” is to assist in memory.  Things that were forgotten can be remembered once more.

It might be a useful thing to visualize when you just cannot remember something or need to recall something for a test.  Sei He Ki is a means to build memory power and help to protect memories from being lost.  It sounds like a good symbol for historians.

The symbol is important for mental and emotional healing.  A basic way this is done is a form of clearing of the mind and body of bad energy, a form of purification.

The symbol allows for an emotional release of all your negative energy.  This helps to purify your body, freeing it of emotional and psychological problems.  A home needs a “spring cleaning” as a yearly refresher.  Your body does as well.

Once cleansed, your body is refreshed, hopefully free of all your bad habits, negative beliefs, and all the rest.  And, the symbol helps to address new problems.  They will surely arise.

The Sei Hei Ki symbol addresses the fact that each of us has an emotional and intellectual side.  And, these two sides of ourselves interact in complex ways.  Sometimes, as your therapist might tell you, your emotional side will cause physical health problems.  And, fully understanding how to address this is a complex matter, which might take a lot of billable hours.