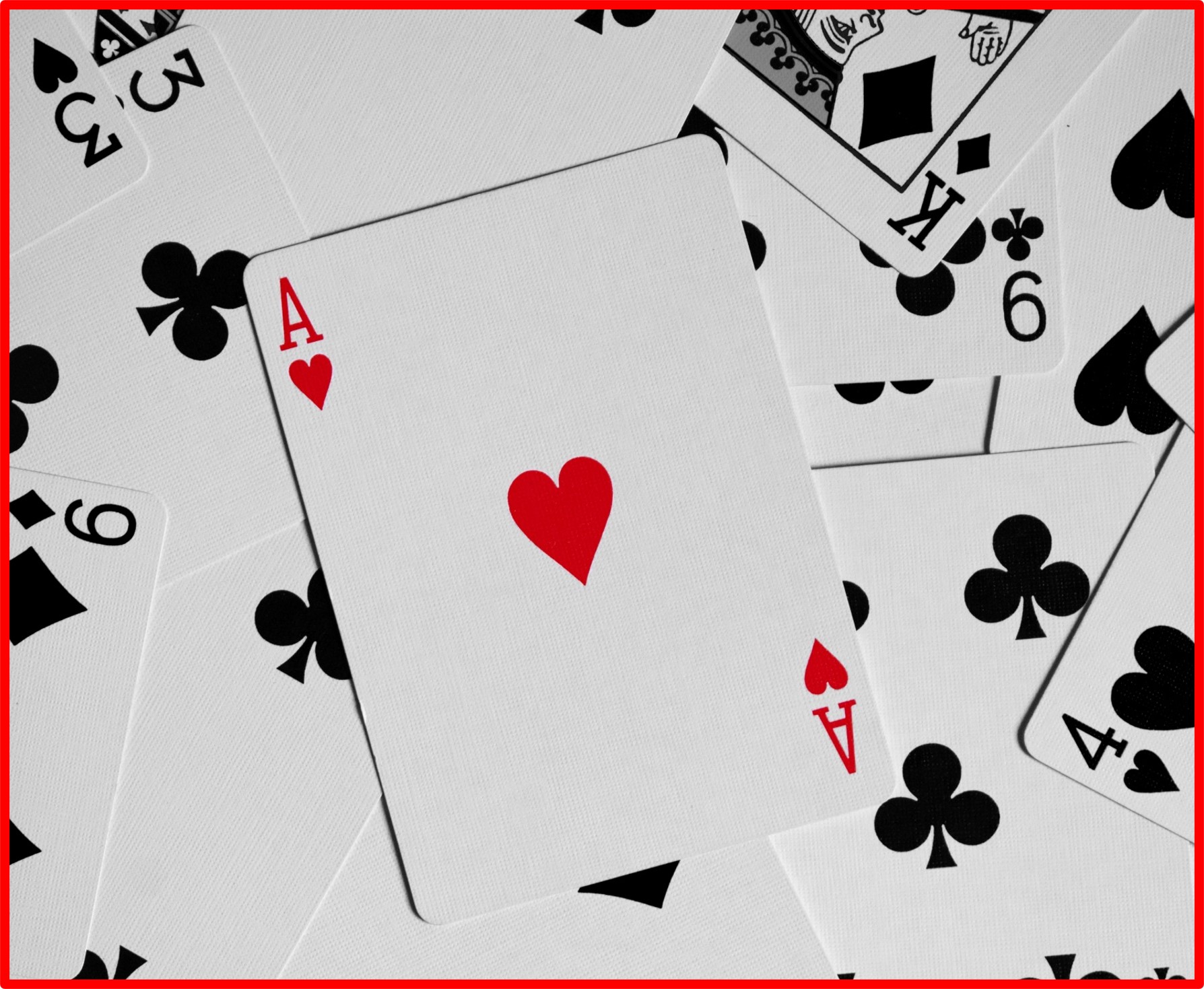 Aces were originally the lowliest of things. In time, it became the best. The ace symbol is the ace of spades. A spade was a pike, a medieval weapon, as well as a tool for digging. The ace of spades also has multiple meanings.  It can symbolize power, luck, and success. It also is the “death card,” symbolizing bad luck, war, death, and all that bad stuff.

Our family plays the card game 500 rummy, the first person reaching five hundred points winning.  The ace card was a flexible character.  An ace could serve as a “one” card or as the highest card in the deck.  If you got caught with one in your hand, it was the most points.

The word “ace” comes from a Latin word meaning “unit” and was also a small Roman coin.  It was originally used to describe a die with one mark on it.  Rolling an “ace” would be considered bad luck.  Over time, however, the ace became the high card.  It has gone up in the world.

The ace now symbolizes something good.  An “ace” at something is a pro.  “Ace” is a nickname for a great person.  “Aces” or “just aces” in old fashion slang meant “good deal!”

Each suit in a deck of cards represents something. The spade sort of looks like a black heart.  Actually, a spade symbolizes a medieval weapon (the pike).

The “ace symbol” itself is the ace of spades.

The ace of spades symbolizes power, success, and good fortune.

The Ace Symbol and the Revolutionary War

The ace of spades also was used to show the stamp tax for a deck of cards was paid.

The first English stamp tax was in 1588 and included playing cards.  The Ace of Spades carried the insignia of the printing house, so they could be identified, and a stamp as proof of tax paid.

So, the British Parliament did not think a stamp tax was unreasonable. It was a way to get more money to deal with the costs necessary to pay for English troops in the American colonies after the French and Indian War.

Colonials did not think it was appropriate for the British government to tax them for “domestic” reasons. A colonial legislature, which they had more political control over, had that responsibility.

The Stamp Act, which covered a range of printed materials, including playing cards, became the first of a series of conflicts that led to the American Revolution.

We started with a discussion of how the ace can be both the lowest and highest ranked card.  So, it should not surprise that the ace symbol can symbolize both good and evil.

Spades are also associated with war (pikes) and death (spades to dig graves).

Military units started to use the symbol as their own personal symbol.  During the Vietnam War, some soldiers left an ace of spades as a calling card, mistakenly believing the Viet Cong thought the card was the symbol of death.

The tax stamp might also have led to the “death card” symbolism.  If you tried to avoid paying taxes, it could be a capital offense back in the day.

For all these reasons, the ace of spades symbolizes a range of downers, including death, bad fortune, disaster, hatred, war, and even the end of the world.

The “dead man’s hand” was supposedly the poker hand held by Wild Bill Hickok when he was shot in the back.  The likely mythical hand was reportedly two pairs of aces and eights, clubs and spades with one card “in the hole” (not shown).

The death card symbolism is shown in an episode of the sitcom I Love Lucy.  Ethel is using playing cards to tell Ethel and Lucy’s fortunes.  An ace of spaces was drawn and it was interpreted to mean that Lucy would soon die.  Hilarity, of course, then ensued.

Ace of Spades is also a song by Motorhead.   The song is told from the perspective of a gambler and the ace of spades is bad luck:

I see it in your eyes, take one look and die

The only thing you see, you know it’s gonna be the Ace of Spades

The Ace of Spades

The symbol of danger is also seen in children’s films.  Pinocchio is tricked into going to the dangerous Pleasure Island by giving him a “ticket” which is the ace of spades.  Also, in Toy Story 2, Woody has a nightmare where all the playing cards are Ace of spades.

When a “most wanted” set of playing cards of Iraqi War criminals was created, the head baddie, Saddam Hussein, was the ace of spades.

Ace symbols are popular tattoos. But, you should not assume what it represents for the particular person.  Ace tattoos can symbolize good fortune, gamblers, and a proclamation of superiority.  A person might be declaring themselves as a type of “ace” in some way.

The ace symbol can also have other connotations, including a connection to the military and war.  It can also simply be a symbol of darkness, including death and misfortune.

Like the ace playing card, the ace symbol is a bit of a chameleon.