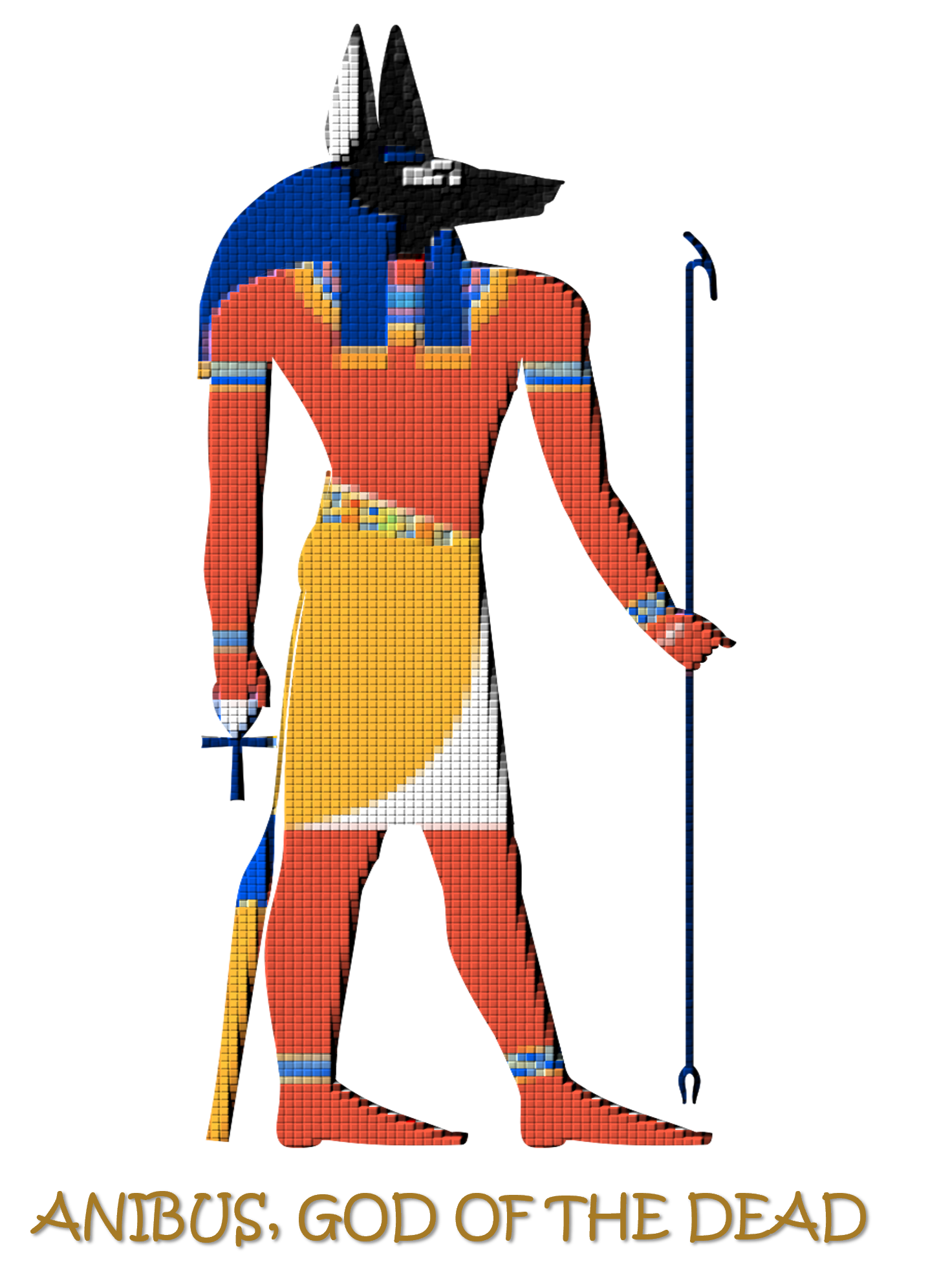 The afterlife was an important concern in Ancient Egypt. Anubis was an important god that helped to prepare bodies for the afterlife, guard cemeteries, guide souls to the Underworld, and determine if they were worthy. Anubis was portrayed with a head of a jackal, the color black, and symbols of his responsibilities, including scales of justice.

How Did Anubis Get His Name?

“Anubis” means “to decay”  in Greek.  This shows his staying power since the Greeks arrived in Egypt thousands of years after people first worshiped Anubis there.

His Egyptian name was “Anpu” or “Inpu,” which is closely related to the words for “a royal child,” and “to decay.”  The names show his connection to both royalty and death.

Anubis came along very early in Egyptian life.  People worshiped Anubis even before the first dynasty of united Ancient Egypt formed in about 3100 BCE.  Osiris eventually became the dominant god of the underworld.  Anubis remained important, believed to be his son.

What Are the Roles Of Anubis?

Death was a serious business in Ancient Egypt.  Pyramids are tombs of pharaohs, the Egyptian leaders.  Egyptians had carefully mummified corpses, preparing them for the afterlife.  Life was not the end of the line.  But, you had to carefully prepare someone for a happy afterlife.

Anubis also protected bodies from being desecrated.  For instance, it was believed that the heart was required in the afterlife, so should not be removed.  So, like Buffy the Vampire Slayer, if not quite the same way, Anubis protects cemeteries and tombs.  Anubis is sometimes simply seen as a protector, someone who guards against danger.

Anubis helped guide people into the Underworld.  This led Anubis also to be later associated with Hermes and Mercury, the Greek and Roman gods of travelers.

Anubis also helped to judge if people were worthy to go to the afterlife. This involved a process where your heart was weighted to determine if you had a good life.

What are the Symbols of Anubis?

Anubis was portrayed as a young man with a head of a jackal or wild dog.  Jackals are scavengers and became associated with graveyards and other places where dead animals were around.  Jackals are thus an appropriate symbol for a god of death and the underworld.

Also, it might have been a careful strategy.  Jackals were known to hang around the dead and consume them.  By making Anubis the patron deity of jackals, the Egyptians hoped to protect the bodies from being devoured.  It is a good idea to respect those with the power to hurt you.

FOR MORE DOG SYMBOLISM CHECK OUT THIS ARTICLE.

Jackals are not naturally black, but Anubis himself was portrayed in statutes and paintings as either black or some dark color.  This symbolizes both the decay of a corpse and the black soil associated with the Nile River of Egypt.

The black soil was symbolic of life and rebirth, including in the growing season.  Ancient Egypt was the breadbasket of the Mediterranean with the Nile River the source of its fertility.

The growing system is a cycle of growth (life), harvest, a period of fallow (death), and life again.

Anubis thus was not only associated with death but rebirth.

[3]  Preparing the Body For Burial

Anubis was associated with the preparation of bodies for a proper burial.  The bandages used to mummify a body or the mummified body itself are often symbols connected to Anubis.

Anubis is often seen preparing a body for burial or on top of a tomb, protecting it.  He is often portrayed on caskets and in tombs.

Anubis was associated with death and the Underworld.  One of his many names was “First of the Westerners.” Egypt believed the afterlife was westward, in the direction of the sunset.  Sunsets are symbols of the end of the day and of all our days; that is, our death.

The crook and flail are important symbols of royalty and the gods in Ancient Egypt.

A crook is a shepherd’s staff, a long stick with a hook on the end.  It keeps sheep together and is also used to fight off predators and other dangers.  The flail is a rod with three strings of beads attached to it.  A flail could also be used by a shepherd as well as to grow crops.

Anubis is often portrayed with a crook and/or a flail.  They are not only symbols of power, but useful items for him to use while on duty.  He can use them to keep humans nearby on the way to the Underworld and to fight off danger while protecting cemeteries.

Anubis was involved in determining if a person was qualified to go on to the afterlife or was so full of sin that they must be destroyed.  Egyptians believed the heart is the source of reason, the location of the soul.  Anubis weighed the heart against a symbolic “feather of truth.”

Anubis is often portrayed in modern-day fiction as an evil figure with a dangerous army of minions.  In ancient times, however, he had an important and generally beneficial role.

Anubis did symbolize death.  Death was not understood to be the end of the line. It also was an essential part of the cycle of life with our time on Earth only part of our journey of existence.

This is still true.  Anubis gets something of a bad reputation sometimes these days. On the other hand, I am not sure “Anubis” is a good name for a cat.

link to Where Does “As Above So Below” Come From?

The Emerald Tablet provides the wisdom of the ancient mystical thinker named Hermes Trismegistus. We are taught that there is a connection between the cosmos and worldly existence. This was expressed...