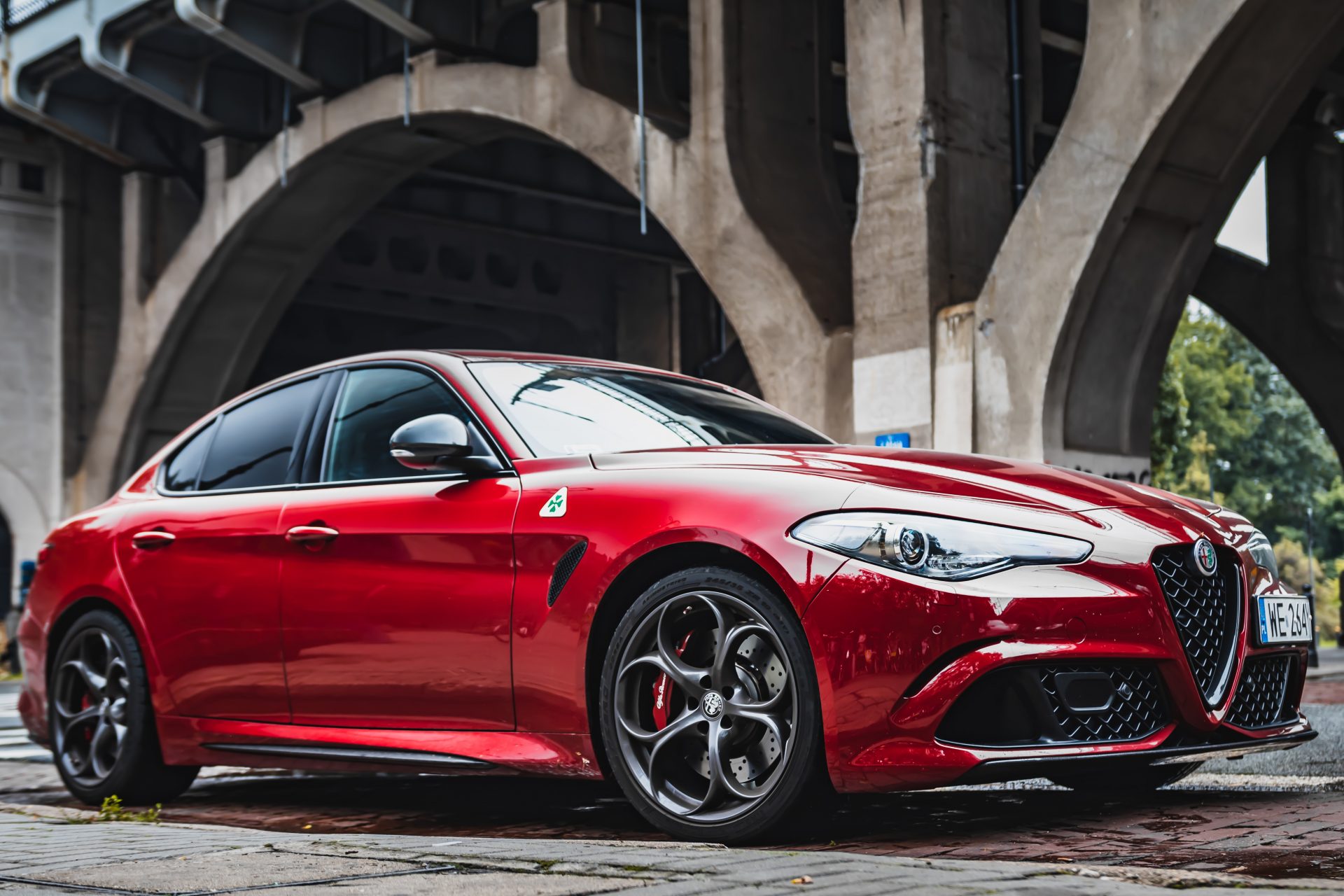 Alfa Romeo Automobiles is an elite Italian car company founded in 1910.  The Alfa Romeo logo was inspired by the coat of arms of a medieval Italian noble family. The cross and snake eating a man both have meanings arising from the Middle Ages.  The logo was meant to associate the car with Milan. Today, it is a very good symbol of the Alfa Romeo brand.

The first vehicles which can be considered the modern-day automobile were invented in the late 19th Century.  Automobiles at first were primarily luxury items.

Italian investors founded a luxury car company in 1910, which arose from an Italy-based firm originally controlled by the French.  The full name was Anonima Lombarda Fabbrica Automobili or the Anonymous (the investors were anonymous) Lombardy (city in Italy) Automobile Factory.

The new company was soon run by Nicola Romeo.  This led to the Alfa Romeo brand.

It is important for a company or product to have a good logo. A logo (from “logogram” or “word sign”) is a symbol or graphic that represents something.

The logo of this website (shown above) hopefully provides a special memorable image in your mind.

The Alfa Romeo logo is a badge placed on every Alfa Romeo car.  If you look at the front grille of an Alfa Romeo car, the logo will be clearly seen.  The design was slightly altered over the years.  The basic design can be seen by this 2015 model:

Some older models had the word “Milano” (Milan) on the bottom of the circle in honor of the city where the company was founded. Also, for a long time, two Savoy knots (for two Milano medieval families) – one on each side – were also found on the logo.

What is the Deal With the Snake?

The company was founded in Milan and would logically have a logo with a Milano feel to it.  The logo is associated with Milan.

The choice was not supposed to have any deeper meaning than that.  Nonetheless, the cool and somewhat dangerous connotations likely appeal to many drivers, especially for a brand that has been a favorite for racing.

And, yes, the right hand of the logo is a symbol of a snake eating (or giving birth to) a human.   The snake is known as “biscione” (“big grass snake”).  The Alfa logo is less graphic.

Two main theories arose about the origins of this snake business.  One theory holds that the snake (or dragon) was a local monster that a member of the Visconti family killed.

Another is that the man is a Moor (Muslim) defeated during the Christian Crusades.

Other theories exist.  Some argue the snake is just a symbol of how intimidating the Visconti family was.  Or, maybe the logo was on the shield of a Moor that a Visconti knight defeated during the Crusades.

The idea that the snake is actually giving birth to the man, symbolizing renewal, sounds a bit hard to believe.  In the original, the man clearly looks terrified.

The symbol above the snake is a crown.  The crown in the original medieval symbol represented the Visconti family obtaining control over the area.

The crown had another special meaning after the Alfa Romeo P2 won the inaugural Automobile World Championship in 1925.

The laurel leaves around the outline of the logo also honored this event.  In time, the laurel faded in significance.  The logo today appears to have a simple circular outline.

What About The Cross?

The left side of the Alfa Romeo symbol is easier to understand. A red cross was a common medieval Christian symbol.  The cross was often part of the uniform of Milanese soldiers during the Christian crusades.   It also is a comfortable fit for modern-day Catholic Italy.

So, the snake became less detailed and the fancy laurel faded out. The basics remained all the same.

One constant was a blue border.  This is likely a royal blue, reflecting the Visconti family crest influence once more.

Royal blue also symbolizes the eliteness of the brand. The blue surrounding the snake at times was a lighter blue, perhaps the blue of the sky.

The 2015 logo has a gray background inside the logo.  It has a more metallic feel to it, like a car grille.  The cross and snake also are not separated as compared to older models.  This again is a sign of modern-day corporate simplification that highlights the basic aspects of the logo.

The Alfa Romeo brand logo is famous. It is not only closely associated with a particular type of car, but also with Italy, racing, and luxury. The company tinkered with the details over the years. The original design stood the test of time.