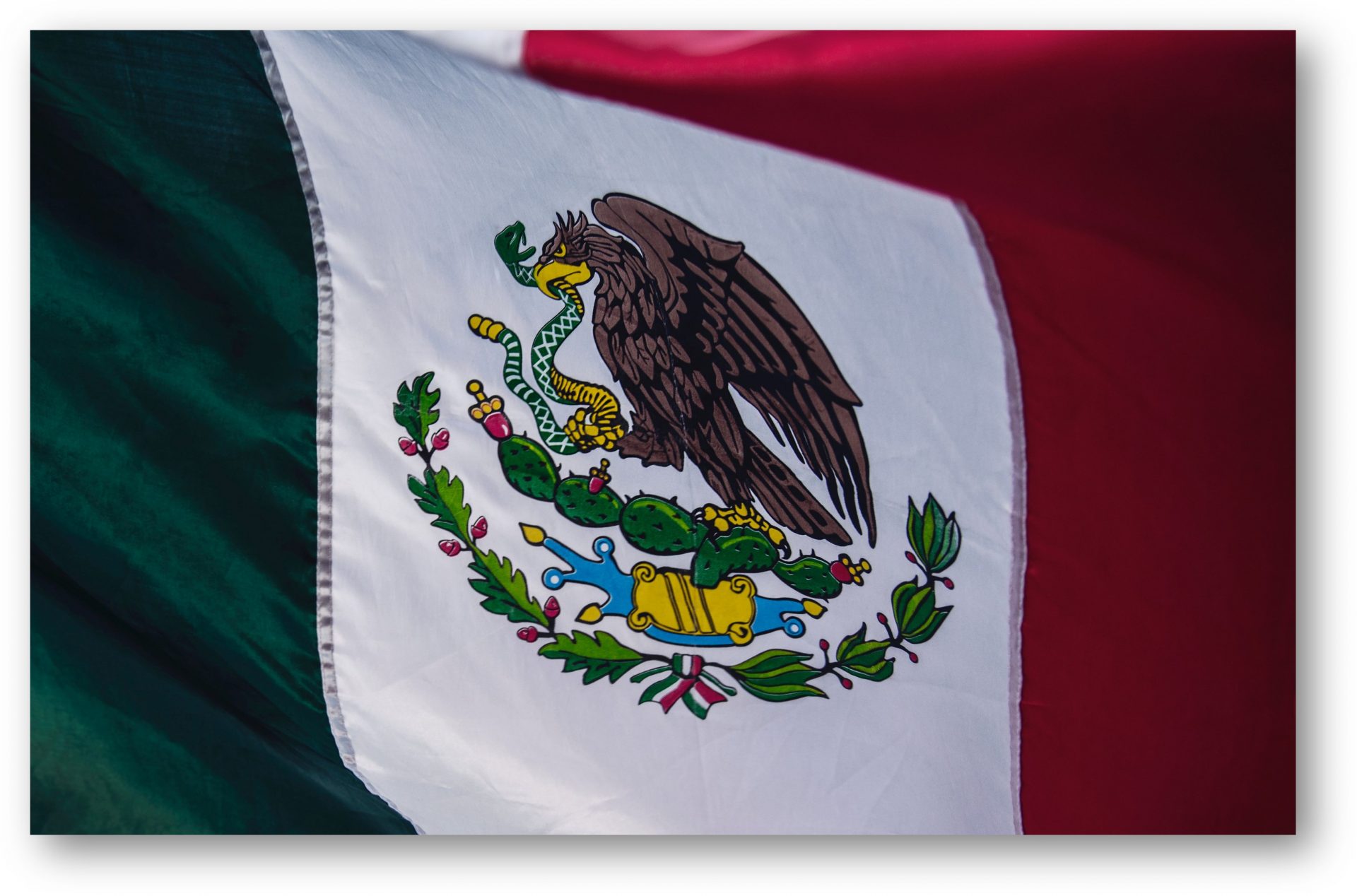 The Aztecs were one of the three major pre-European Native American powers in Latin America. The Aztecs lived in central Mexico. Aztecs did not have a written language, using pictograms and symbols to express their rich culture. The Spanish eventually conquered the Aztecs. The emblem of Mexico is an eagle holding a snake in its beak.  It represents the founding of Aztec’s national capital, Tenochtitlan, as well as Mexico’s own founding.

Who Were The Aztecs?

Native Americans first arrived in the Americas over ten thousand years ago.  Many civilizations arose, but the three major pre-Columbian powers were the Aztecs, the Maya, and the Incas.

The Aztecs flourished in Central Mexico from the 1300s to the 1500s with the capital city of Tenochtitlan. The high point of the empire is in the mid-1400s with Montezuma as its leader.

The Aztecs were a major power with maybe over a million people.  They had a rich culture.

The Aztec people lived on in the area, their descendants still honoring the once great empire.

Aztecs used pictograph writing, but only priests generally knew how to read or write.

Pictographs were the earliest forms of writing. Pictures are used to represent people, objects, and things like thunder.  A person might not know how to read or read a particular language.

But, if they see a picture of a sun, they could understand the basic concept being expressed.

Since Aztecs did not have a written language, they had many symbols to represent things, allowing a wide understanding of basic concepts.

Aztec Bird and the Founding of Tenochtitlan

The national emblem (or coat of arms) of Mexico is an eagle holding a snake in its beak. The eagle stands on a nopal (cactus plant).  The bird is sometimes known as the “Aztec bird.”

The symbol represents the founding of the Aztec capital, Tenochtitlan, which began the Aztec golden age and the development of a great empire.

As the story goes, the Aztec people were forced to move from their previous homeland.  Where should they settle?

One day, the Aztecs saw an eagle perched on a cactus on a small island in the middle of a lot of swampy land with a live snake in its mouth.

The Aztecs took this to be a sign from the gods telling them where to settle, even if swamp land is often not ideal.

It became their capital city, and a great empire grew around it.  They named the capital city Tenochtitlan, which means the place where a cactus grows from a stone.

More About That Bird

The eagle is believed to represent Huitzilopochtli, the Aztec god of war and of the sun.

The snake, which was not represented in some early forms of the emblem, might represent the earth. The sun god shows its dominance.  Aztecs were a war-like people, who dominated the land, including other peoples around them.

The snake also might represent Quetzalcoatl (“Feathered Serpent”), a leading figure in Aztec mythology.  “Q” continues to fascinate us, including some in many films.

Snakes also often symbolize evil, including that famous snake who tempted Adam and Eve.  Snakes in Catholicism symbolize evil and sin.  The eagle, the symbol of power and goodness, here has evil under its control.  Mexico is now a heavily Catholic country.

Mexico obtained its independence from Spain in 1821.

The new flag consisted of a rectangle divided into three parts.  The colors are green, white, and red.  Green represents independence, white represents religion, and red represents union.  Each part is the same size, symbolizing their equal importance to Mexico.

The Aztec symbol emblem was put right in the middle of the flag.  The Aztec Empire was no more, but a new empire was in place.  Mexico was much larger, especially since it then included the current American Southwest and California, and no human sacrifice was needed.

The Mexican flag might have been partially inspired by the French tricolor from the French Revolution.  (Italy’s flag looks similar, but modern-day Italy would not be a nation until later in the 19th Century.)   The flag most definitely was inspired by the Aztec Nation.

Some symbols celebrate and honor the past.  The Mexican coat of arms is an example. It honors the Aztecs, who were defeated three hundred years before the new Mexican flag reminded people of the founding of a city hundreds of years before that.