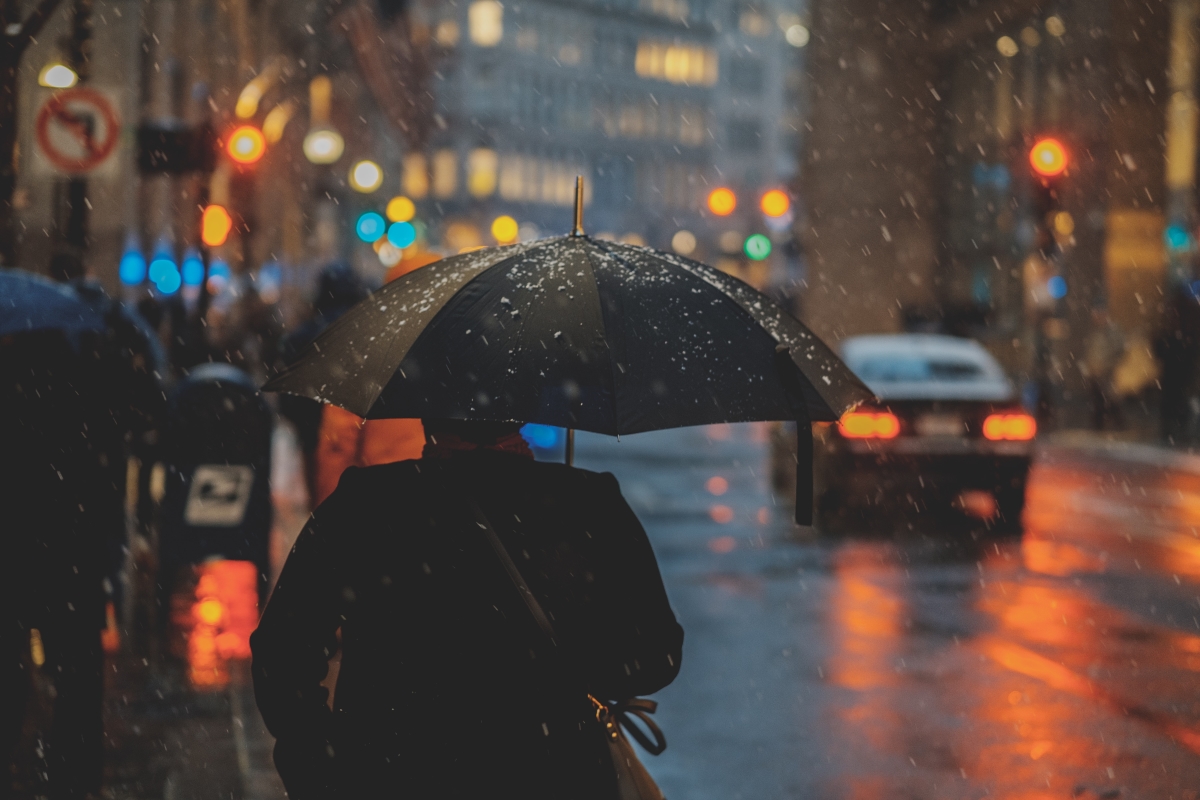 Rain is fundamental to our lives; we need it for our survival.  Rain is the product of a never-ending water cycle.  Before people were aware of the science, various myths were used to explain rain and try to find ways to bring it when needed.  Rain symbolizes a range of things, both good and bad.  Rain also is the source of many sayings.  But, it doesn’t rain every day in England!

We now know that rain falls as part of a water cycle. A process of evaporation, cooling, condensation (making liquid), and eventually rainfall takes place.  Science!

From ancient times, there were also many myths to explain natural events, including rain.

The flood story in the Bible involving Noah and his ark, including rain for forty days and forty nights, was one of many such tales told in the Middle East.

The leader of the gods in both Greek (Zeus) and Roman (Jupiter) mythology, for example, were associated with thunder.  In China, it was often believed dragons controlled the weather.  One dragon in particular, named Yinglong, or Responding Dragon, was associated with water and rain.

If the gods or special powerful beings controlled the weather, perhaps, there was also a way to encourage them to provide rain.  The flood in the Bible came because mankind sinned against God.  Other times, prayer was used to request the divines supply rain in a nicer way.

Ancient Romans had a ceremony to petition Jupiter to supply rain known as aquaelicium (Latin: “calling the waters”).  It involved a whole ceremony, water being poured over a stone, and so on.

Dancing also is a common tool in religious rituals, including those used to request the divines or nature to supply rain. We usually associate this with certain Native American tribes, but people in places like China and Africa also have their own rain dances.

This is an old saying.  How old is it?  Well, it was already familiar in Jesus’ time.

Jesus used a lot of farming related metaphors in his teaching, knowing his audience.  He once is quoted as noting: “When in the evening, you say, it will be fair weather: For the sky is red. And in the morning, it will be foul weather today; for the sky is red and lowering.”

WHAT DOES FROZEN RAIN AKA SNOW SYMBOLIZE? FIND OUT HERE.

What does it mean?  Is it accurate?  Well, it turns out to have to do with rain.

As one summary notes: “Weather lore concerning the appearance of the sky, the conditions of the atmosphere, the type or movement of the clouds, and the direction of the winds may have a scientific basis and likely can predict the weather.”

A red sky at night suggests the sky is loaded with dust and moisture particles, and for reasons you can read about there, this does tend to mean good weather will follow.  On the other hand, a red sky in the morning tends to mean rain is coming.  Sailors don’t like to be out in the rain!

There is a lot of rain-related sayings.  Many of them are pretty easy to understand.

A “rainout” is when an event (like a baseball game) was canceled because of rain.  A “rain date”  would be the day used to replace the original time due to inclement weather.

And, “keeping for a rainy day” means to have it available, in case you need it.  After all, who wants to have to go out in the rain?  Rain here symbolizes an unexpected problem, such as saving money in case of a possible car accident.

Some suggest it means that when it rains, cats and dogs fall off roofs or something.  Cats?  Maybe.  Dogs?  Nah.

Yet another more likely explanation related to use of “cats and dogs” as meaning two groups that are fiercely opposed to each other.  “Raining cats and dogs” would mean “a very hard, nasty rain.”

Now, if you believe the Weather Girls it’s not raining cats and dogs — It’s Raining Men! That’s a hit song from the eighties for all you Gen Z readers.

Rain is used symbolically in many ways.

We can see this by how often it is used as a dramatic device on television shows, including when our heroes and heroines are going through a tough time.  This was used repeatedly on the show Friends, including when Ross was upset that it was a nice day out while he was so unhappy.

Rain is unpleasant, dreary, and causes many difficulties if you have to be outside.  This makes it a suitable metaphor for being upset and depressed.

But, rain is also a symbol of determination, of being able to push through the hard times.  Hard times? Yes.  But, it won’t break me!  Rain in the background, while you look outside a window, also might be a good time to think things through.  What else can you do? It’s raining outside!

Rain can also be a warning.  Rain can mean the bridge is out or a threat of flooding.  Rain can symbolize something bad will happen, foreshadowing the future.

But, I told you there was a lot, it can be a sign something good will happen too.  Rain is necessary to grow things.  It washes away dirt.  It is refreshing.  Think of the scene in Shawshank Redemption after Andy escaped from prison, being cleansed by the rain.

Rain, therefore, can mean a breakthrough happened.  This is especially the case when a story involves people suffering from a drought.  Rain can be a miraculous event.  Time to celebrate.

And, rain is often a time for celebration.  There is even a musical called Singing In the Rain.

It Doesn’t Rain All the Time In England

Ross was in fact upset about his British wife.  And, England is stereotypically often symbolized as a country with dreary weather with a lot of rain.  This is a tad exaggerated.

Rain can be a symbol for various locations where it rains a lot, including England.

Rain symbolizes a lot of things.  This is a result of its importance in our lives as well as it having both positive and negative implications.  Like fire, rain can be a blessing or a curse.  “Baby the rain must fall!”  Let’s make the best of it, including keeping some symbolism for a rainy day.