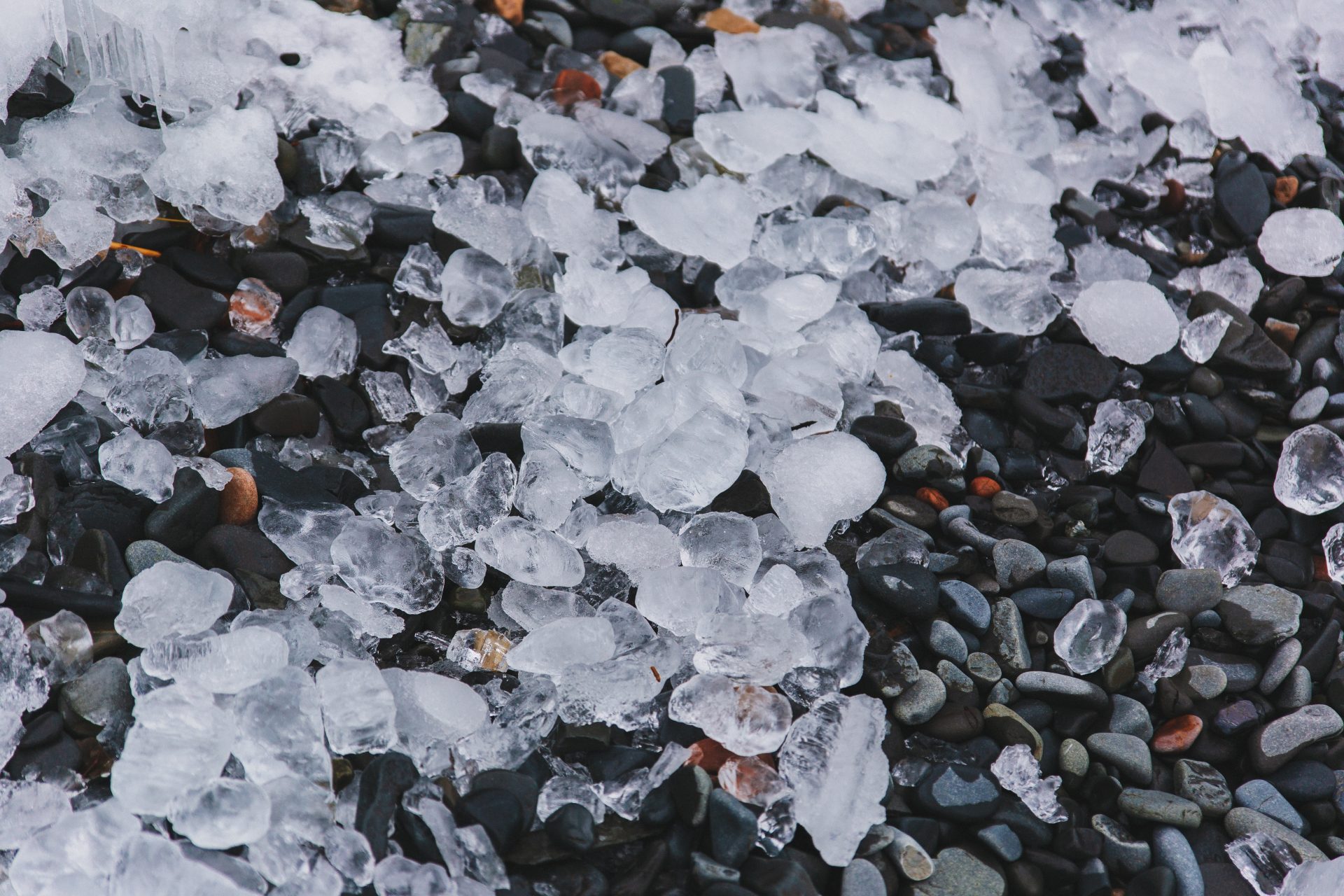 Hail are balls of ice or ice pellets that can fall as fast as one hundred miles an hour. Hail is usually associated with thunderstorms.  It can destroy crops and cause a lot of harm. Hail was one of the ten plagues, symbolizing God’s power, often understood to fall as a punishment. These ice pellets also symbolize weather, a certain place and time, and nature.

“Hail Mary, full of grace.”  Wait.  Did Mary get caught in a hail storm while going to see her cousin Elizabeth or while on the way to Bethlehem?

No.  What we have here is a “homograph,” which is a word that is spelled the same, but might be pronounced differently and/or has different meanings and origins.

We are concerned now with solid pieces of ice that fall from the sky, associated with thunderstorms.  The other “hail” means “good health” and is a common greeting that wishes the other well.  They not only mean different things but have different origins.

They are not related.

The Israelites had a good run in Egypt after Joseph (of the coat of many colors fame) saved them from a big famine.  But, a new crew ran the show now, and it was tough for the Jews.  Moses came and asked the Pharaoh to let them go.  The Jews were their slave labor force, so this took some convincing.  Ten plagues of increasing horror in fact.  Hail was number 7.

The plagues included various things that were relatable to Ancient Egypt (around 1250 BCE), including hail.  Note how hail is related to thunder and lightning (like “fire” from the sky).  This matches how hail actually operates.  Hail is associated with thunderstorms.

Also, hailstorms then and now could be quite damaging and even deadly.  From June to September, hail season causes a lot of damage in Canada.  Hail also causes millions of dollars of damage each year in the United States.  Yes, there is “hail insurance.”

Hard ice balls, coming at a high speed, will do that, including being deadly to crops.  Hail therefore can be a special symbol for farmers as well as to anyone who has to deal with serious hailstorms on a regular basis.

Hail here also symbolizes a certain time of year while a really bad hail time will be a way to remember, a symbol, of when that hailstorm happened.  Major events are time markers.

Hail is most likely to occur with much force in certain areas of the world.  A few states in the Western United States, for instance, are known as “hail alley.”  Parts of India and China also have significant hail storms.  Hail can therefore be a symbolic marker of place.

Hail more often symbolizes death and destruction.  Death and destruction by nature, an “act of God.”  Various types of damage you can prevent.  But, how can you stop the weather?  In the Middle Ages, people tried to ring church bells and fire cannons.  We try more scientific means these days, but it still is hard to stop or reduce hail’s intensity.

Hail As A Lesson

For those who wish to find a sense of meaning in it all, yes, perhaps God is sending us a lesson.

If all things “have a reason,” a moral reason, not just a scientific one, maybe that destruction is sending us a lesson.  The Exodus account teaches that the hailstorm was a warning, a sign of Yahweh’s power, and a punishment of the refusal of Pharaoh to get the darn message.

The last book of the Bible, Revelations, also uses a major hailstorm as a sign of God’s judgment.  Hail is a major biblical thing; a major hailstorm can be said to be “of biblical proportions.”  In other words, a really big hail storm.  Not any old hailstorm.  Yawn to that.

All symbolism.  Maybe, you are of a more scientific and secular bent.

Hail could symbolize weather, science, and nature.  Ice pellets, like God’s little bullets (okay, use a secular metaphor!), falling from the sky will likely make many think about such things.

The plagues of the Bible are likely meant to be a symbolic account of how God saved his people from the evil Egyptians.

Yes, many people do take Bible accounts as literally true and think the ten plagues occurred.  Regardless, there were clearly various particularly harsh hailstorms over history which really stand out.  We are talking about biblical proportions here.

“Black Monday,” referenced by Shakespeare in his play Merchant of Venice,  refers to Easter Monday, April 13, 1360. This time, Monday the 13th was unlucky.  The freak hail storm killed over 1,000 English soldiers during the Hundred Years’ War between England and France.

The storm was more deadly than any previous battle in the war.  King Edward III believed the hailstorm was a message, a symbol, from God.  The hailstorm helped Edward decide it was time to make peace with the French, which provided a nearly ten year break during the long war.

We do not get much hail in my neck of the woods.  And, if we ever do, it surely is not of biblical proportions.  I guess if there ever is, I should worry since it can be a sign of the end.

Hail is a remarkable bit of cold in the heat of summer.  It can be quite destructive, in some cases even leading to the death of many people.  More likely, it will cause harm to crops, houses, and even aircraft.  A sign from the sky or quirky weather event, hail symbolizes a lot.