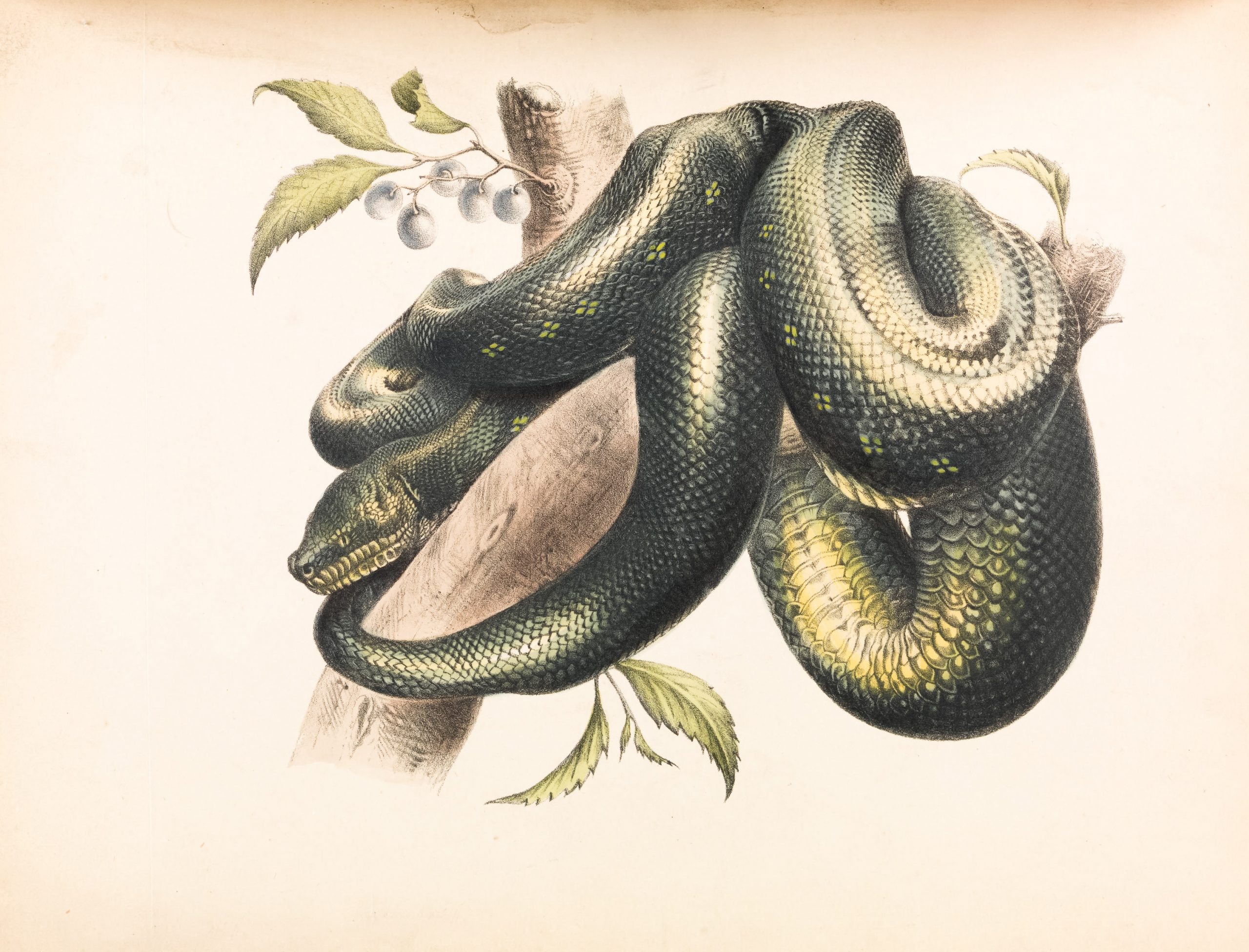 What Do Snakes Symbolize?

Ophidiophobia is an extreme fear of snakes. This is a common fear in America. Snakes are, in many ways, unique creatures. They are animals but don’t have legs. They can be benign or deadly.  They have a unique power to shed old skin and grow new.

Snakes have many symbolic meanings. They have a history of symbolizing fertility and transformation due to their ability to slough off old skin and grow new. In religion, the snake (or serpent) is famous for encouraging the original sin in Christianity. Yet they also are guardians and protectors.

Historically, snakes symbolize fertility. Their unique characteristic of shedding their skin makes them symbolic of rebirth and transformation. Just imagine if we humans could do the same, shed our present skins for new ones!

We can, however, “shed” our weaknesses, bad habits and toxic relationships. Snakes personify renewal and hope through their ability to remake themselves.

Snakes are often represented as guardians of sacred places such as temples. This is probably because some species, such as the cobra and the rattlesnake, do not back down. It will stand its ground and fight rather than retreat. This makes them a natural to guard treasures and sacred sites.

The colonial Gadsden flag is another example of snakes as guardians. The flag depicts a coiled snake ready to strike. Under the picture is the slogan “Don’t Tread on Me”. This symbolizes the colonists’ willingness to fight for freedom and natural rights.

The first known American political cartoon created by Benjamin Franklin depicts the colonies as a severed snake and is entitled “Join or Die”. Folklore at the time said that if a snake was cut up it could be made whole and live again if it was rejoined before nightfall.

Snakes have been symbolic in religion for both good and bad purposes.

In the monotheistic religions of Judaism and Christianity snakes or their counterparts — serpents — represent sexual desire and passion. This is rather surprising for a slithering, slimy creature, but true. A snake can transform from a single line when laying flat into a coiling writhing creature. These sinuous movements can be interpreted as sensual.

The snake also represents deceit. In the Old Testament, the Book of Genesis, the story of original sin comes about thanks to a snake. Adam and Eve are forbidden to eat from the Tree of Knowledge in the Garden of Eden. It is a snake that tricks Eve into eating the forbidden fruit.

On the other hand, a prominent Hindu goddess, Kali, is shown wearing snakes around her neck. This represents reincarnation, the cycle of birth and rebirth.

Buddhists say the king of snakes, Mucalinda, guarded Guatama against the elements. Sidharta Guatama was the first Buddha who found enlightenment while deeply meditating outside.

In ancient Egypt, Nehebkau was a two-headed serpent god that protected the underworld. The snake goddess, Wadjet, protected all of Egypt including the gods and pharaohs.

Why does the World Health Organization (WHO) use a snake as their symbol?

Snakes wrapped around a stick has long been a symbol of medicine. This dates back to Greek mythology. The Asclepios, the ancient Greek God of medicine was said to carry a staff with snakes. The snakes had medicinal powers and could heal simply with a touch.

What does it mean to dream about snakes?

A snake appearing in your dreams can have several meanings. If you wake with a feeling of dread after dreaming of a snake it could be a warning about challenges you may face. He may be trying to draw your attention to a possible threat that needs your attention.

The snake could also represent a negative or poisonous person in your life. There may be someone who is exhibiting bad, toxic behavior.

Medusa is a famous Gorgon monster from Greek Mythology. She is portrayed as a female with wings and snakes for hair. But she didn’t start out that way.

Medusa was originally beautiful with long, luxurious hair. She was so lovely that Poseidon, the god of the sea fell for her and impregnated her (by raping her) in the Temple of Athena.

Athena, the virgin goddess got VERY angry and turned Medusa’s hair into snakes. Later Medusa was beheaded (there are several versions of why and by whom). But even in death her severed head was so powerful anyone who stared at it was turned to stone.

Clearly, snakes mean many things to many people. They are at the same time familiar and exotic. Their unique characteristics lend themselves to symbols of change, protection and power. Snakes are both feared and fascinating.

Snake symbolism varies greatly from culture to culture. It can be surprising to many, though, that in most cases snakes represent positive aspects of life.