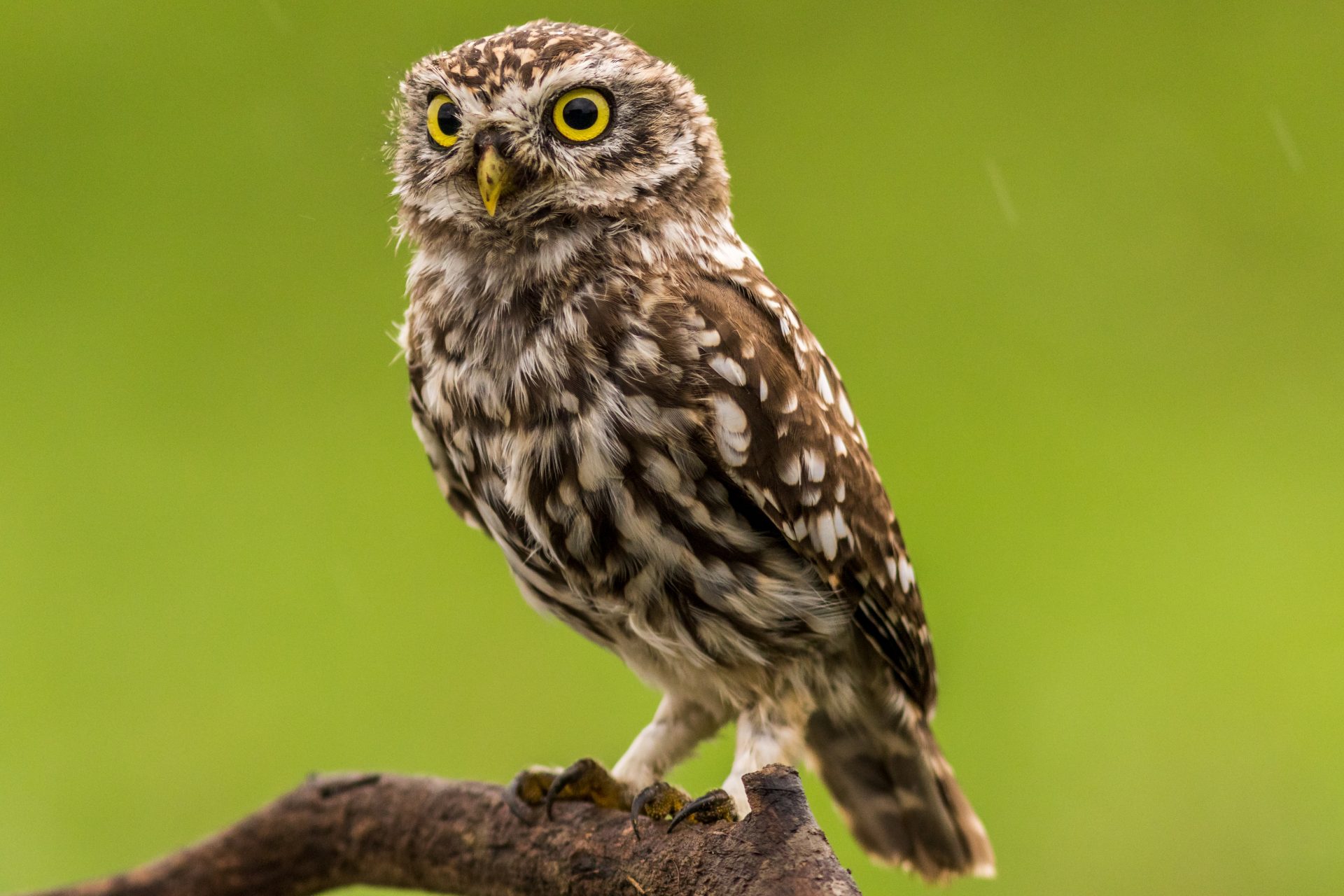 Owls symbolize wisdom.  Mr. Owl was sought out to discover that ancient mystery: “how many licks does it take to get to the middle of a Tootsie Pop?!”  Owls also symbolize the night, evil omens, and for some cultures, good luck.  Let us learn about this curious-looking bird.

Owls come out at night.  This led owls to symbolize the night, darkness, and the unknown.

Owls are hunters, with sharp talons (claws) and the ability to carry away their prey.  They sometimes attack chickens and even small dogs.  All in the dark of night.  (scary music)

No wonder stories of owls as scary creatures arose.  Witches sometimes were believed to be able to transform themselves into owls, having the ability to fly and suck blood from babies.

Why Do Owls Symbolize Wisdom?

Their large eyes help as well as good hearing and camouflaging feathers.

Those eyes also probably particularly stood out in people’s minds, making them think of owls as particularly intelligent.  The eyes allow them to see when there is very little light.  The eyes seem to be particularly striking, as if they could almost see all the way into your soul.

Smart owls have been found in tales from ancient times to modern cartoons and commercials.  The online eyeglass company, America’s Best, uses a very cute owl wearing glasses in their marketing.  Mr. Owl in the famous commercial never really found how many licks it took to get to the center of a Tootsie Pop, eating it after a few licks.

Showing a tendency to be spoilsports, scientists have determined owls are not particularly smart even as birds go.  But, Mr. Owl is still the smartypants symbol.

The goddess Athena was the patron saint of Athens, the great Ancient Greek city-state.  Athena was often associated with an owl, sometimes portrayed as an owl herself.

Athena was the goddess of wisdom, spinning and weaving, and war.  Other Greek gods often asked her for advice, and she pops up in many major myths.

The owl symbolism shows its ancient association with wisdom.  But, perhaps the owl as hunter also shows here too, since Athena also had her “warrior princess” side.

Athena so beloves her owl “Bubo” in the film Clash of the Titans that she refuses Zeus’ (the leader of the gods) demand she gives him to the hero Perseus. Athena instead has one of her brothers create a mechanical owl.  It is a bit clumsy, but works in a pinch.

The  Roman goddess Minerva (influenced by Athena) also was associated with an owl.

Rome was more military-focused than Greece, and this often was associated with death. The hoot of the owl supposedly was a sign death was near.  William Shakespeare has an owl hoot foreshadowing the assassination of Julius Caesar.

Roman soldiers feared owls as a warning of defeat, and one Roman superstition was that witches transformed into owls that sucked the blood out of babies.

Owls Scare Other People Too

Aztecs and Mayans also believed an owl was a symbol of death and destruction.  Other Native Americans believed owls were bad luck, including messengers of evil forces.

In East Africa, owls are believed to be spiritual creatures that can bring sickness to children and celebrate death by dancing on graves in the night.

Owls are associated with the Hindu goddess Lakshmi.  Owls symbolize being blinded by wealth, arising from the belief owls are blinded by daylight.  Owls also mean if we are patient, we can truly gain success.  Like a patient owl hunting prey.  So, owls here have a mixed message.

Owls often are symbolic in films too. Their scary hooting in the dark of night is a common trope, symbolizing something scary.  Or, at least, something that scares, even if “it’s just an owl!”

What Do White Owls Symbolize?

The white owl, particularly the snowy owl, often has special significance.  They often are seen as magical or at least particularly spiritual and pure.  Nonetheless, like other owls, white owls are sometimes also seen as signs of danger and doom.  White can symbolize death.

Hedwig, a snowy owl, delivers messages in the Harry Potter stories.  The snowy owl is also the official bird of Quebec. They are also the logo of White Owl cigars.

What is a group of owls called?

The children’s book The Chronicles of Narnia by CS Lewis names a council of owls who meet at night to discuss the affairs of Narnia, a “parliament.”

This reminds one of the British governing body, the Parliament.

But, it is an allusion to a Chaucer poem, “The Parliament of Fowls,” in which all the birds of the Earth gather together to find a mate.  Either way, even if it is not the “official” term, a group of owls is now popularly called a “parliament.”

The eye of an owl is the logo of Wise Foods, including Wise potato chips.

Do owls like potato chips?  No.  Earl Wise started the Wise Potato Chip Company back in 1921.  Showing not much imagination, he used the owl as the company’s mascot and created the famous owl eye logo.  The owl is “wise,” which is also his last name  Get it?

The Owl and the Nightingale

This is the name of a 13th Century English poem, involving a debate between an owl and a nightingale.  It is basically a debate, at times quite nasty, about who is the better bird. The poem ends without us finding out who wins the debate.  A sort of bird “doing the dozens.”

There is a lot of debate about what the poem “really” means, including if the two birds are supposed to be stand-ins (allegories for) historical figures.  Perhaps, we should just enjoy it!

Something that is a “real hoot” is fun, the saying coming from the excited shout someone makes, which is supposed to be like the hoot of an owl.  I don’t know if this entry was a “real hoot,” but I hope it was an interesting summary of the symbolism of the owl.  Wise but also scary, logos for potato chips and cigars, and more.  Quite impressive.