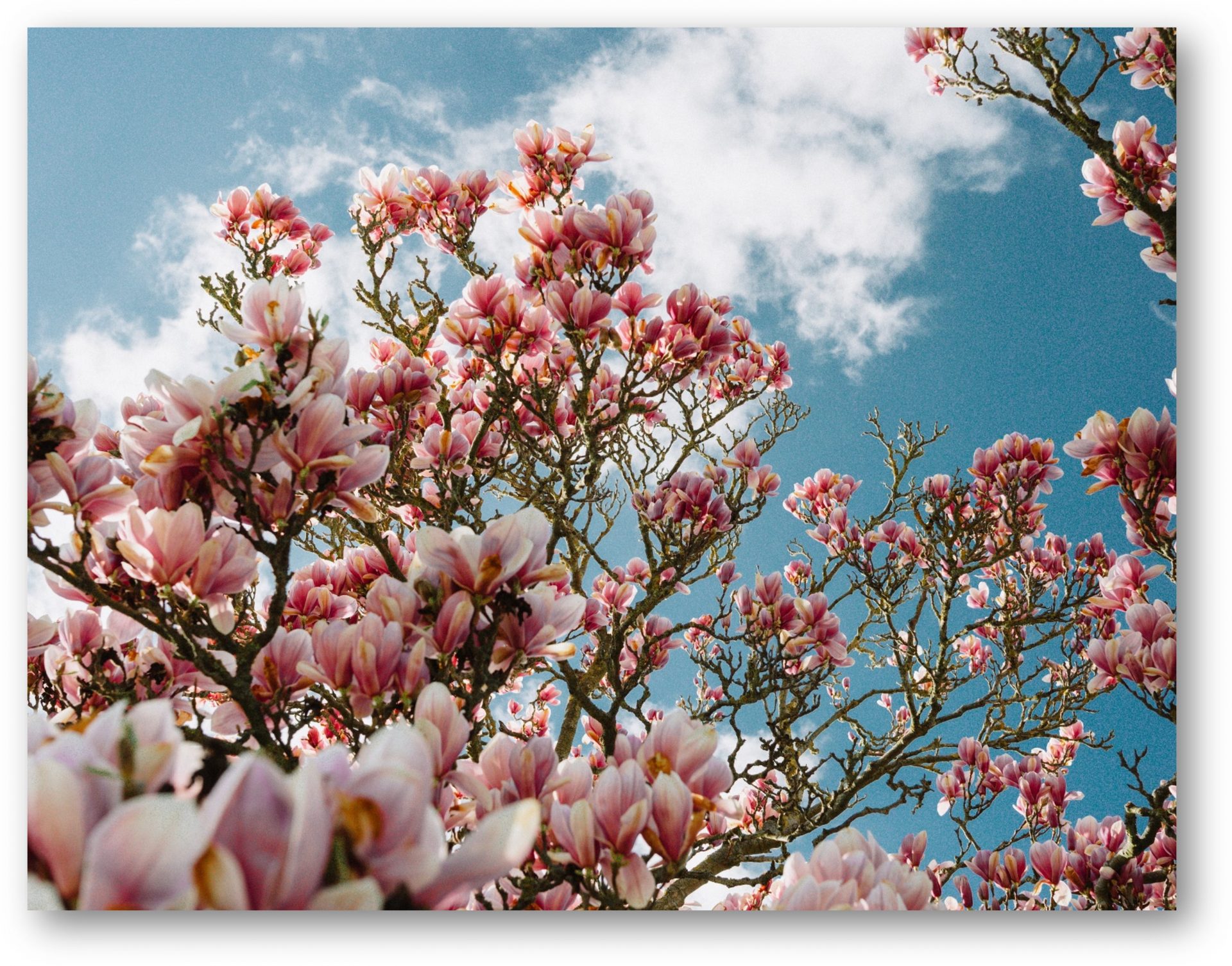 The beautiful and fragrant magnolia tree is found in the United States, Latin America, and various Asian countries.  Magnolia is a popular ornamental tree but is also used for food, medicine, and timber.  Magnolia trees are particularly associated with the southern United States but are also celebrated in Asian countries. Magnolias symbolize beauty, femininity, spring and weddings, strength, endurance, and nostalgia.

Locked in a room with nothing but peanuts, bananas, and Margaret Mitchell’s text, the men start out reluctant but dedicated to the work.

Review of Moonlight and Magnolias

A play about Gone With The Wind, a classic Southern novel about the Civil War,  fittingly chose a tree that symbolizes the American South. But, what about these trees leads to such symbolism?  Is there anything else worth knowing about them?  This is the place to find out.

How Did They Get Their Name?

Pierre Magnol (1638-1715) was a leading French botanist.  Magnol was well respected throughout Europe, including for his efforts to classify plants into different groups based on similar characteristics.   Magnol was greatly important for the future studies of plants.

Another botanist named a newly discovered tree in the West Indies in Magnol’s honor.  And, the name stuck, botanists from England and Germany also adopted the name for other related trees.  One such tree was discovered in Virginia, then a colony of Great Britain.

Magnolias are believed to be the earliest known flowering plants, with their fossils dating back over 100 million years.

Magnolia trees can be both deciduous (seasonal shedding of leaves), and evergreen (green for more than one growing season).  Magnolias range in size from fifteen-foot shrubs to trees that can reach heights of 80 feet or more.

Magnolias are known for their large, beautiful flowers.

They are beautiful when not in bloom as well, their leaves a charming green color. Before the flowers bloom, the buds, which are cone-shaped, are fruit many animals eat.

Magnolia trees are not only found in the southeastern region of the United States. Many varieties are also found throughout Latin America and Asia.

Some magnolias can survive in cooler climates.  Some varieties are also able to thrive in the shade, needing less sunlight.

What Are Magnolias Used For?

Magnolia’s beauty and fragrance make them a popular ornamental tree for our enjoyment.

Magnolias are considered delicacies throughout the world.  The English use its petals as a spicy condiment.  In Japan, magnolia leaves and flowers are also eaten as a vegetable.

The bark and flowers have also traditionally been used in China and Japan as medicine.

Magnolia trees are also used for timber in the United States.

Magnolias were one of the first new types of trees discovered in the South.  And, they are particularly associated with the Southern region of the United States.  Mississippi is the “Magnolia State” and a magnolia flower is a front and center in its new state flag.

Magnolias also symbolize a nostalgic vision of the South, including in antebellum times, before the supposed corruption of modern society.

This is somewhat of a mythical view since this time period also was the time of slavery.  Magnolias also symbolize a rosy-eyed view of life, dreaming of an ideal time not currently present.  Magnolias can symbolize hope and optimism

A magnolia can symbolize someone who is stronger than she looks.  Magnolias can also symbolize power and endurance, strength during adversity, particularly in women.  Magnolias are pretty but hardy trees, able to survive in the shade and in a variety of climates.

The New York Botanical Gardens celebrates these “graceful trees bloom in an array of pastel colors, from luscious whites to pale yellows to deep pink and purple hue.”

Magnolias symbolize springtime, the joy of living, and nature.

Magnolias serve an important role in Asian culture as well, including food and medicine.

Qi is a type of energy many people believe surrounds the body and must be properly balanced. Traditionally, magnolias were believed to be useful to treat the “stagnation of qi.”

Magnolias are official flowers in major cities in China.  In Chinese art, magnolias are a symbol of feminine sweetness and beauty.

Koreans also celebrate magnolias.  North Korea honors it as its national flower. A promotional website states that the “full shape and beauty, magnolia symbolizes the national character and mettle of the resourceful and indomitable Korean people.”

Magnolias are particularly associated with the South, but they have a more universal appeal.  Perhaps, a Southern and Asian city should become adopted “sister cities” since they both seem to honor magnolias for many of the same reasons.  Let the beauty of magnolias unite us.  Worked with cherry blossoms!