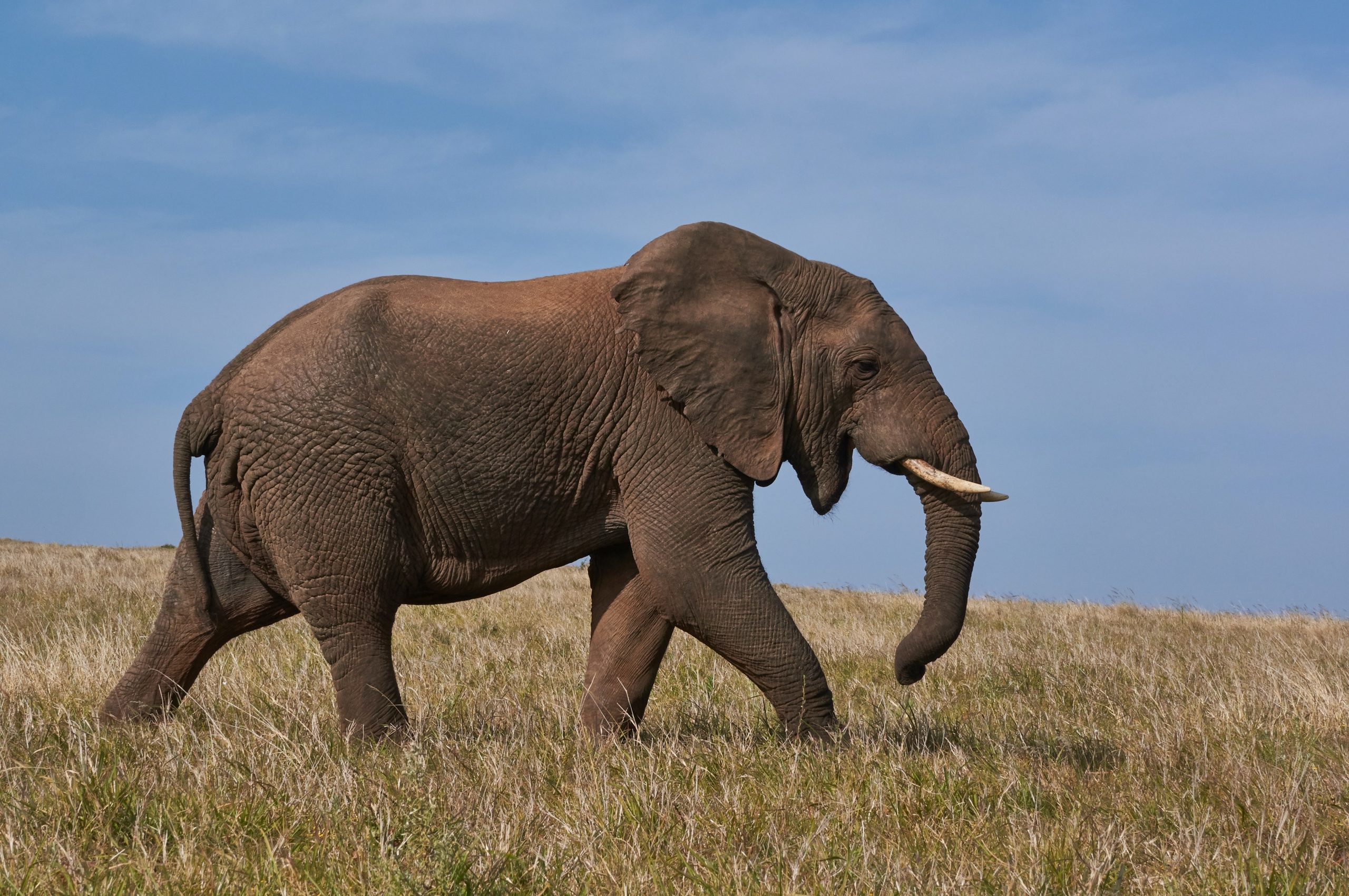 Elephants are the largest land animals living today.  These impressive creatures have symbolized a range of things from ancient times.  Not only do elephants stand out for their size, but also their personalities.  Elephants have great memories and form deep attachments.

No wonder, like elephants themselves, we have long memories of them.

Elephant symbolism runs the gamut from having a long memory to selling off trinkets you no longer want. These majestic animals have come to personify intelligence, danger and the republican party in America. They are also known to reflect protection, fertility and strength.

Elephants evolved from prehistoric mastodons such as the woolly mammoths portrayed in the Ice Age movies.  Elephants became somewhat smaller, but still are rather large and at times a threat to human settlements.  They soon symbolized a range of things.

The mere bones of these massive creatures impressed those who first found them hundreds of years ago.  When mammoth bones were found in the United States in the 18th Century, people like Thomas Jefferson thought it showed the superiority of life on the American continent.

From the beginning, elephants symbolized greatness. The word “elephantine” is used to mean something huge and monumental.

During the Civil War, there was a saying that when you experienced an actual battle that you “saw the elephant.”  Seeing the elephant symbolized experiencing something strange or novel. It also denoted a dangerous adventure.

The saying appears to have arisen from elephants being used in ancient warfare.  Elephants are the largest land mammal.  They can also be fierce and dangerous.  As a result, elephants have come to symbolize strength and danger.

Elephants were not only used as a sort of ancient tank but as pack animals as recently as the Vietnam War.  Developments in military technology made war elephants increasingly obsolete, but they continued to serve as a useful animal in terrain where motorized transport was trouble.

A common saying is that “elephants don’t forget.”  Elephants do not only have long lives, but supposedly have long memories.  Is this true?

This belief does arise from scientific fact.  Scientists have determined that elephants have a very good memory of not only fellow elephants but things like sources of food and water.  Elephants also recognize themselves in the mirror, which is rare among animals.

An elephant can travel for many miles and return to the same spot several years later.

“When it comes to smarts, elephants are right up there with dolphins, apes and humans,” says cognitive scientist Diana Reiss and colleagues at Emory University in Atlanta.  That is pretty good company.  But, do they remember their spouse’s anniversary?

Elephants are sacred animals in India.  They are sacred not just for Hindus, but Buddhists and Jainists as well.  The majestic creatures are natural inspirations for such deep respect.

The god Ganesha is believed to have the head of an elephant.  Ganesha is associated with intelligence, removal of obstacles, and new beginnings.  He is also honored as a bringer of good fortune.  The elephant head is believed to symbolize strength as well as wisdom and knowledge.

Why is it Called a White Elephant Sale?

Buddhists also honor white elephants. A “white elephant” symbolizes something special, something that is rare and precious.  In Thailand, white elephants were the king’s property with wars fought over such precious animals.  People still honor their special spiritual significance.

Today in America we use the term “white elephant sale” to describe a flea market type of event. How does this tie into the white elephants as ancient Asia?

It is said that the King of Siam (present-day Thailand) would give an albino elephant to those who displeased him. His motive in doing so was to bankrupt the recipient through the high cost of maintaining the white elephant. So flea markets — or white elephant sales — reflect people trying to get rid of what they thought they wanted but now find a burden.

Elephants are the symbol of the Republican Party.

Thomas Nast, considered the father of the modern political cartoon, used it in an 1874 Harper’s Weekly cartoon.  Nast was a Lincoln supporter, so would seem to be attracted to the Republican Party of the time.  But, his elephant was often a panicky creature, a large lumbering sort, a cause of trouble.  As a cartoonist, Nast skewered all sides.

The elephant had already been used to represent the Republican Party before Nast popularized the image.  There was a saying at the time about “seeing the elephant,” or your first experience of battle.  The elephant here was a more courageous, brave creature.

There has long been a belief that elephants choose to die in certain special areas.

These “elephant graveyards” would suggest the advanced nature of elephant culture, even perhaps having a special symbolic religious significance.  Also, since the elephant’s tusks could be quite profitable sources of ivory, there might be a treasure hunting quality involved here.

This appears to be a myth that is based on a bit of truth.  Elephants do not purposely die in special places, where fellow elephants return to honor them.  But, elephants do follow specific migration routes.  These set travels very well might lead to elephants dying in specific places.

There is evidence that elephants recognize the bones and remains of other elephants.  Elephants, like various other animals, also clearly mourn when fellow elephants die.  But, they do not purposely go to a grave like humans might to honor their dead.

So, elephants symbolizing a special degree of caring is true to life.

One common belief is that these big scary seeming creatures are afraid of mice, symbolizing that deep down the mighty can fear the supposedly lowly among us.

This too is a mix of truth and fiction.  Elephants have poor eyesight.  A small quick mouse running past can startle them.  But, it isn’t the mouse specifically.  Any other small animal doing that might also startle elephants.  A mouse being held in front of them would not bother them.

The greatness of elephants has long made them favorites to keep as trophies.  People fought over rare white elephants.  Elephants also are popular members of a circus.  They might be said to symbolize them — when you think of traditional circus, do you not think of elephants?

Elephants are also popular characters in popular culture.  The Babar stories were beloved by many children.  Dumbo is a favorite Disney movie of many, as are the woolly mammoths in Ice Age.  Ancient myths involving elephants can also be seen as a type of popular culture too.

These elephants also have a range of personalities, showing the range of symbolism present.

Elephants are impressive animals who are not only majestic to look at, but have depths inside as well.  No wonder they are sacred to many and merely seeing one was for a long time symbolic of a life-changing event.  And, they are a symbol of one of the two major political parties.
As with all great things, humans have also found a way to take advantage of them, especially for their valuable ivory tusks, in very harmful ways.  That too is quite symbolic.