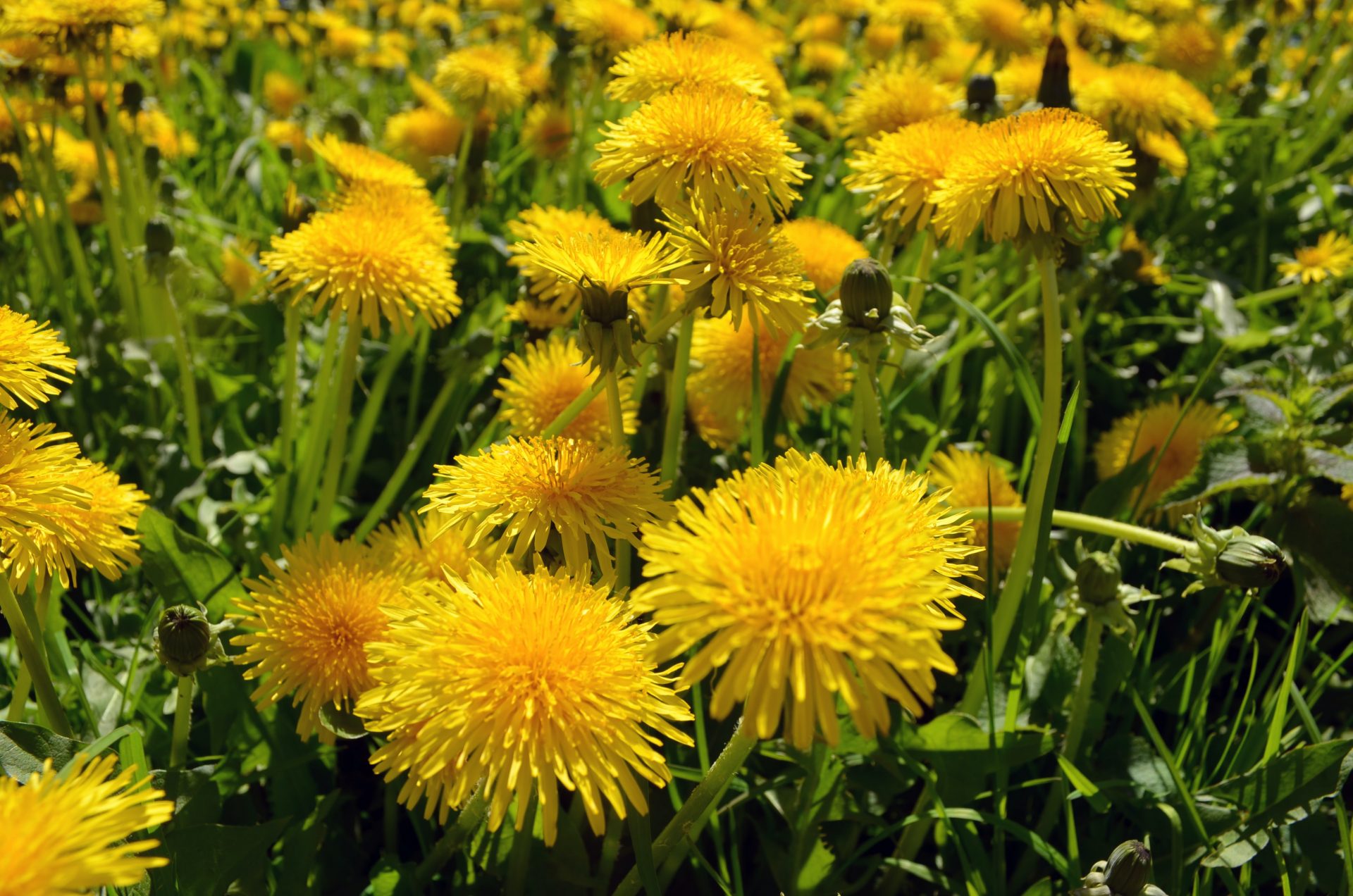 Dandelions (“lion’s tooth”) were from ancient times respected for their value as medicine.  Dandelions are both healthy and useful. They are one of the symbols of health, beauty, and toughness. Dandelions also have long been honored for their simplicity and humble nature though sometimes are also looked down upon as troublesome weeds.

Dandelions are weeds.  They are “wild” plants that invade gardens and other settings.

Dandelions are a lot more.  A good place to start is with their name.  “Dandelions” comes from the French phrase “dent de lion,” which means “lion’s tooth,” which refers to the plant’s coarse-toothed leaves.  They are known by many other names such as Priest’s crown, Swine’s snout, Blow-ball, Cankerwort, and Wild endive.

Their scientific name is Taraxacum officinale, which goes back to at least the Middle Ages, where Persian physicians knew of their value as a “remedy.”  The second part of the name means “from the pharmacy.”  Dandelions are an ideal health symbol.

Dandelions from ancient times were recognized as having many medicinal effects.  Dandelions are both a healthy food and useful as a medicine.  From Ancient Greeks to the Chinese to Native Americans, they were used for a range of ailments.

Dandelions are not only healthy for humans, but many animals use them for food.  It is popular with bees and butterflies and can be a source of honey.  Dandelions are also good for the soil.  Ironically, much effort, at times by the use of troublesome pesticides, is used to get rid of them.

All of this makes it not surprising that dandelions symbolize health and recovery.

Dandelions to me are best known for their puff-ball (a funny term) seed head.  These puffballs are a crafty way for dandelion seeds to be spread by the wind.  Birds and other animals also spread them around.  And, humans do as well, including by blowing on them.

Children in particular love to blow on them, often first making a wish.  Many beliefs arose about the meaning of the spreading of dandelion seeds, including that they carry our thoughts and dreams.  Dandelions symbolize children, spring weather, wishes and hope, and happiness.

The Japanese also believe they symbolize courage because they can grow anywhere and everywhere.  In one famous Japanese film, the heroine Tampopo (“dandelion” in Japanese) has a dream to grow her humble noodle shop into a successful one.  She has the courage and strength to do it too.   Her name is quite appropriate.   The movie is also very good.

Dandelions symbolize beauty.  Their bright yellow flowers appealed to many over the centuries.  Yellow is also not the only color of dandelions, there also being white and pink versions.

Dandelions are common gifts to show love and affection.  Children might collect them to show love to their parents.  And, their bright colors and relationship with so many positive things also make them good gifts for people you are smitten with all around.

And, if you could blow all the seeds off a dandelion puffball with one breath, the person you love would love you back.  Well, so goes the story.

Dandelions are great, but they do get a bad rap.  They are just a “weed” and the hardiness that impresses some can be seen by others as a pain.  Dandelions are the low-rent flower.

Dandelions can symbolize typical folk, poverty, and simplicity.  A look at various dandelion related poems shows dandelions as humble, common, without artifice, and other such imagery.

Traditionally, those with little means consumed dandelions as a cheap meal.  During 19th Century England, the Victorian Era, giving someone dandelions could be seen as vulgar, an insult.

Talking about impolite things, one name of dandelions is “pissenlit,” a polite form of the English slang.  Yes, if you eat dandelions, it can make you pee.

Dandelion symbolism of health, love, survival, and more also can have religious connotations.

Like the symbolism of the mustard seed, a small seed becomes a big plant, dandelions spread all over.  And, are hardy, and hard to defeat.  They are both simple and have so much to offer.  Dandelions, therefore, are often subjects of Christian and other religious symbolism.

The yellow flower also represents the sun, the puffball represents the moon and the dispersing seeds represent the stars. Dandelions in that way are little miniature solar systems, symbolizing nature and the world itself.  They can have special symbolism for those who worship nature.

Over the years, I have seen many dandelions around, both the golden flowers and the puffballs.  For me, dandelions symbolize both fun (those puffballs) and simplicity. And, a bit of hardy nature even among the sidewalks of my urban area.  I did not know about their long history as medicine or their more vulgar nicknames.  Much respect to the not so simple dandelion.