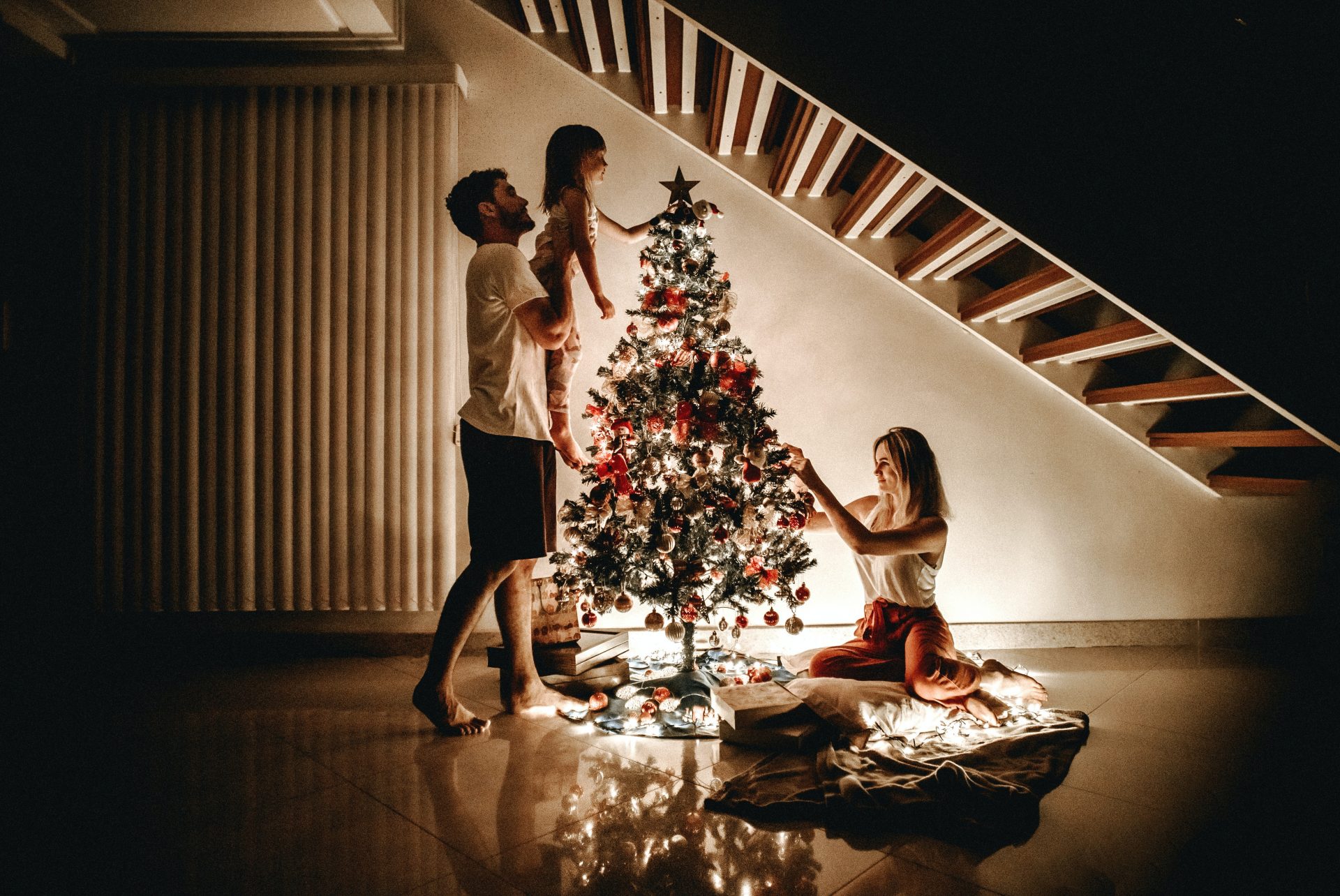 Christmas trees are evergreens. Evergreens remain green for more than one growing season.  Evergreens symbolize everlasting life. This is true for thousands of years. They’re part of many religious traditions, even before the time of Jesus. “Christmas” trees particularly honor Jesus Christ, who is believed to have brought everlasting life to the world.  They also symbolize the holiday season, family, and the commercialization of Christmas.

What Sort of Tree is a Christmas Tree?

A Christmas tree is an evergreen, a tree that remains green for more than one growing season.  Trees usually lose their leaves, especially during “fall,” a season with a not very original name.

Lest we forget, Christmas can be in the summer, such as in Australia. Christmas trees, however, originated in the Northern Hemisphere.  So, they stand out in December, still having their leaves as other trees are dormant, waiting for spring to come alive once more.

Evergreens were familiar sights in Germany, where the Christmas trees are believed to have become popular.  Martin Luther, the German Protestant reformer, might have been the first person to put lights (candles) on a Christmas tree.

There are different types of evergreens.  Three popular evergreens used as Christmas trees are pines, firs, and spruces.  There are various varieties of each as well.

By themselves, these trees are merely trees.  We will talk about pines separately too. But, once used to celebrate Christmas, especially once they are decorated, they become Christmas trees.

Why Is The Tree “Christmas-y”

A basic reason a “Christmas tree” gets its name is that evergreens are still growing with their distinctive needles during the Christmas season. Hanging all the ornaments on bare tree branches might work in a Peanuts special.  Others do not find that festive.

Christmas (“Christ’s mass”) for many honors the birth of Jesus, believed by Christians to have brought everlasting life.  “Christ” is actually a sort of title, meaning “anointed one.”

Evergreens are symbols of that belief.  Evergreens have a sort of “everlasting life,” retaining their green in wintertime.  Christmas trees symbolize Christmas and Christianity.

What Does the Star Represent?

When they [Three Magi] had heard the king, they departed; and, lo, the star, which they saw in the east, went before them, till it came and stood over where the young child was.

People decorate Christmas trees with many things, especially ornaments, tinsel and garland, mixing in some candy canes too.  On the top, a common sight is a star.

A star represents many things, including being special and singled out.  Children receive “gold stars” for doing well in school.  Astrology is a belief stars teach us about ourselves.

The star on top of the Christmas tree has a special meaning.  The Bible tells us that three wise men (Magi) followed a star to find the baby Jesus.  The star also represents Jesus himself.

Many also put an angel on top of a tree.  Angels have an important role in the biblical story of Jesus, notifying both his parents and the world of his heavenly importance.  Angels also symbolize heaven and holy things in general.  They add a special sacred quality to the tree.

Christmas is celebrated for various reasons, including by those who are not Christians.  Furthermore, long before the events portrayed in all those Christmas movies occurred, a wintertime festival was celebrated.  “Christmas” trees were included.

Now, some people trace the Christmas tree back to the Egyptians, who used to bring green palm branches into their huts on the shortest day of the year, symbolizing life’s triumph over death. And that was like four thousand years ago!

Evergreens were given a “Christmas” touch, taking advantage of existing usage of such trees for celebrating a family and community-wide holiday around December 25th.

Many Christmas traditions became popular in the 19th Century.

Prince Albert, who was German, and Queen Victoria popularized treating Christmas as a family holiday.  This included a Christmas tree though they used a smaller model that could fit on a table.

The tree and other Christmas symbols also spread to the United States.  For instance, the beloved Christmas Carol by Charles Dickens was written in the mid-19th Century.

The Christmas tree is a beloved symbol of Christmas as a family holiday. The family joins together to purchase, set up, and decorate the tree with presents underneath.

Christmas trees soon became more elaborate.  Small table trees were replaced by larger trees, specially grown.  Elaborate ornaments and decorations were used.  Not just some strings of popcorn (we never used popcorn on our trees but it looks fun).  And, all those presents.

Christmas trees became one more symbol of the commercialization of Christmas.  I do not wish to preach here about “what Christmas is all about.”  I’m not Linus on a Peanuts special.

But, Christmas trees do symbolize the commercialization of Christmas.  We buy expensive trees and dispose of them after using them for a short period of time.

If we want to be positive, Christmas trees also symbolize a special time of the year.  Short-lived and elaborately celebrated.  All the activities are a chance to enjoy the holiday with loved ones.  And, yes, these days that includes some commercialization.  Bitter with the sweet.

When we were growing up, our father always went out and bought a real tree from a Christmas tree lot.  But, not that we are all grown up, my mom buys an artificial tree in a box.

And, that too is a popular type of Christmas tree.  Many look like real trees; others less so.  Artificial Christmas trees symbolize basically the same things as natural evergreens, even if some store-bought ones look a bit “punk.”

Christmas trees for me symbolize family and the Christmas season.

Mid-December each year, I put together a modest but perfectly fine artificial tree and decorate it with my mom. The Christmas tree is the centerpiece of the Christmas holiday, decorations and presents put around it as Christmas music plays and movies are watched.

I’m doing my part to continue the Christmas tree symbolism that goes back thousands of years.