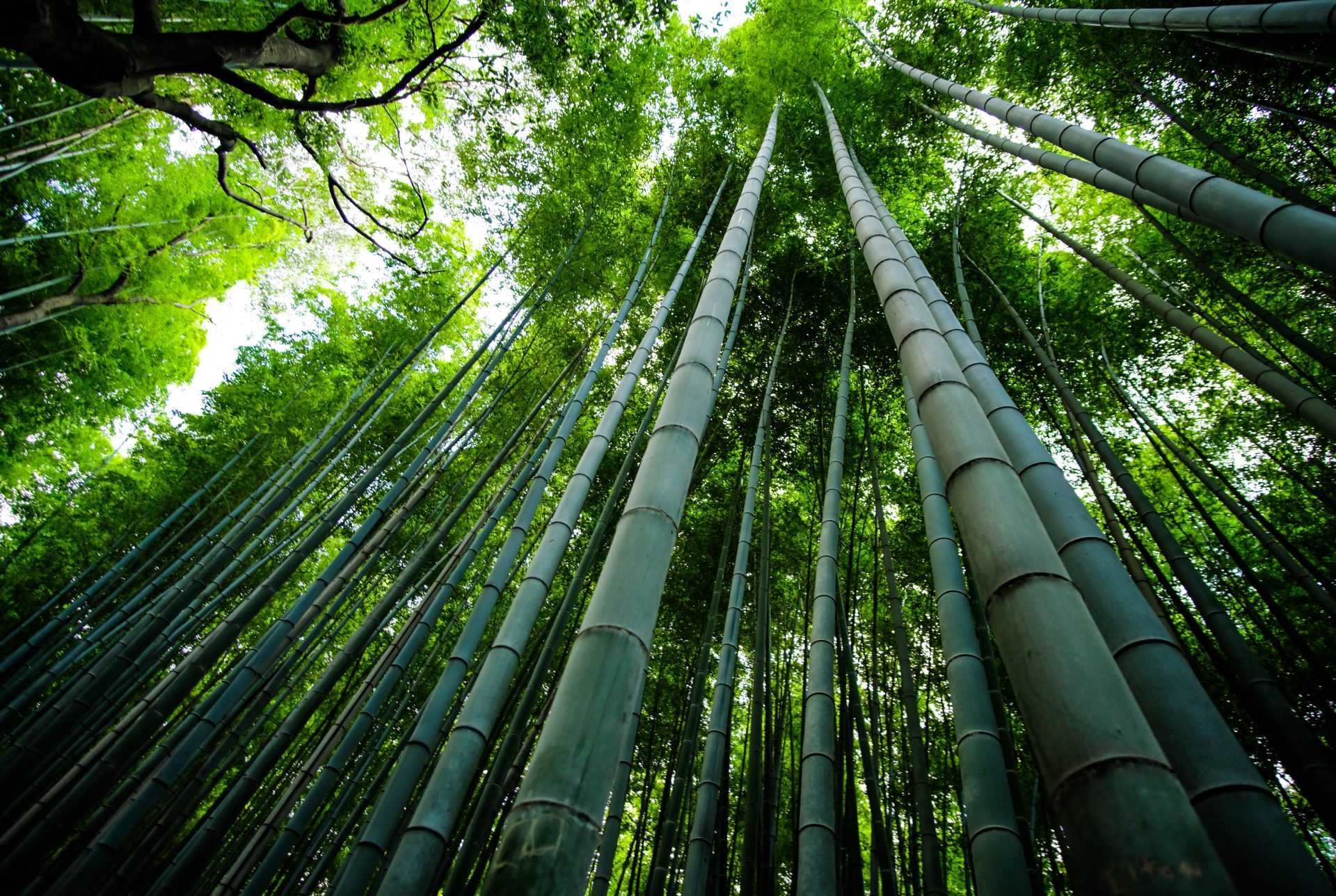 Bamboo “trees” are actually a type of grass with large, woody stems (culms).  Bamboo favors warm climates, especially in Asia. Bamboo has many uses and is environmentally friendly. They are very important in Asian culture. Bamboo symbolizes strength, endurance, and fertility. “Lucky bamboo,” however, are not really bamboo plants.

During the beginning of the COVID crisis, we had a toilet paper scare. Like Elaine in Seinfeld, no one likes to be out of that.  A recent news story suggests a new trend in toilet paper: bamboo.  Turns out bamboo has loads of uses and a bunch of symbolism too.  Let’s check it out.

Not Really A Tree

The word “bamboo” comes from a Dutch and/or Portuguese term, arising from their colonization of Asian lands where bamboo is common.  Europeans might have adopted a Malaysian or Indian language word.  The origins of the word, like many words, is somewhat unclear.

What is clear is that bamboo “trees” are not really trees.  Bamboo is actually a type of very tall, very big grass with large, woody stems — called culms — divided into sections by nodes. They spread through tough underground stems, or rhizomes.  Some pictures can be found here.

But, bamboos are so cool that the other trees decided to accept them as one of them!

Bamboo is common in South and East Asia.  Bamboos thrive in warm and moist climates, but can survive in other areas.  They are also found in parts of America, Africa, and Australia.

Bamboo can take about three years to establish itself and then new shoots will grow each spring.  Bamboo grows darn fast.  They are the fastest growing plant in the world.  Bamboo has been recorded growing almost four feet in a day.  They are also evergreens.

Bamboo is a helper!   Bamboo is very good for the environment.  They help reduce the carbon footprint.  Bamboo helps prevent soil erosion and conserve water. Not only is it a very sustainable resource, it helps reduce poverty and give power to women.

Bamboo has many uses, being both strong and flexible.  It has been used in place of wood, bricks, steel, and as a fabric.  Bamboo also has been used to produce weapons.  And, as food for both animals (especially pandas) and humans, including a tasty addition to Chinese dishes.

Bamboos symbolize strength and endurance.  They are hardy and used to make weapons in martial arts.  In movies, a stereotypical blow gun shooting poison darts is often made of bamboo.

The Hibakujumoku (“bombed trees”) are those that survived the atomic bomb blasts in Japan at the end of World World II.  Bamboo trees were among them. They  also were the first plants to re-sprout afterward.  Bamboo also survived natural disasters such as Hurricane Katrina.

Bamboos are quick-growing.  They are great symbols of fertility.

If you cut a bamboo stalk, it will unfurl new leaves.  They are like the Hydra of the plant world.  Hydra was a nine-headed Greek monster. If you cut off one of her heads, it would just grow back.  Bamboos are even more impressive.  Cut them, they grow faster.

Bamboo is so strong and fertile that it also can symbolize danger, invasion, and unbeatable foes.  Bamboo plants can be invasive, but do not worry.  There are ways to tame them.

Bamboo grows in many parts of the world.  Nonetheless, they are particularly associated with many Asian countries.  Bamboo is an important symbol for a range of people there.

Bamboo is used by Malaysian people for blowguns, which are useful to hunt small animals. Blowguns are also somewhat stereotypically also used to symbolize various tribes of people in different parts of the world.  Poisonous darts taking down people is a common movie trope.

Bamboo is a primary source of food for pandas, who are special symbols of China.  Bamboo also symbolizes summer in China.  Painting bamboo serves as a means of mediation.  Today in China, bamboo is also a popular source of decoration.

Bamboo also has special spiritual significance in Japanese culture.  It symbolizes virtue, modesty, and culture.   Along with plum blossoms and pine trees, bamboos make up the “three friends of winter.”  Bamboos are evergreens, symbolic of living through difficult times.

A Vietnamese fairy tale known as the “The Hundred-knot Bamboo Tree” tells of a peasant enduring hard labor and many seemingly impossible tasks to win his true love.

Bamboo is also a symbol in Asian religions.  Confucianism places bamboos with plum, orchid, and chrysanthemum as the “Four Gentlemen” of plants.

Buddhists  also honor this useful plant, which seems to them quite magical.  One type of bamboo is called “Buddha Belly.”  Bamboo is sometimes used at shrines to keep away evil.

Bamboo is very useful.  It is particularly helpful for many women, providing an opportunity for them to take part in profitable business.  The important role of bamboo in society also provides women a stronger role in economic and political life.

So, it is not surprising that bamboo symbolizes luck.  Nonetheless, the household plant actually named “lucky bamboo” is not actually a bamboo.  It looks like bamboo.  But, just like a bamboo “tree” is not really a tree, “lucky bamboo”  is actually a plant known as a “dracaena.”

Lucky bamboo is good “feng shui,” a way to arrange a room to create balance. Be aware though that lucky bamboo is not lucky for dogs and cats. Watch out: they can be toxic for pets.

One thing that stands out for me is bamboo’s environmental value.

Bamboo has special importance in environmental sustainability.  This is a fancy term basically for conserving the environment so it provides for the earth’s needs for a long time.  Bamboo is an important symbol of this.  Bamboo has a special place in conserving  natural resources.

Overall, one thing that stands out during my research was just how “amazing” bamboo is, listing many examples.  Bamboo basically symbolizes amazing things.