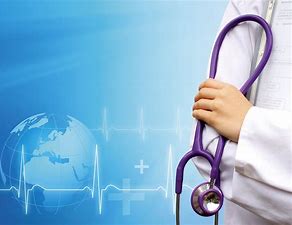 The importance of health and well-being is shown by the many symbols used to represent health-related matters from ancient times until today. Many symbols are related to the belief that we have a life energy that needs to be properly balanced. Some have ancient roots have connections to the gods. And, the Red Cross arises from the Switzerland flag.

The most familiar symbol of medicine is probably a red cross, which is also the name of the international organization providing health services to the military and disaster victims.

The red cross symbol means “don’t shoot,” we are here to care for the sick.  The cross is a Christian symbol, while the red crescent is a Muslim symbol.  A red crystal symbol is also sometimes used, to help fairly represent other religions and belief systems.

The Red Cross began in Switzerland.  Its symbol originated from the Swiss flag.

Serpents to many are creepy animals with a shade of the sinister.  Consider the serpent in the Garden of Eden.  But, serpents are also ancient symbols of medicine.

Snakes shed their skins, symbolizing fertility, long life, and rebirth. Their venom is both poisonous and provides medicinal value.

Serpents’ ability to change from a sleepy state to one of rapid activity symbolized the power to heal.  And, their deadly nature showed their power over life and death.  Much like the power of physicians.   Serpents even crawled around the very rooms where the injured slept.

A few of these symbols arise from Greek and Roman gods.

The rod [or staff] of Asclepius is an ancient Greek symbol that has become an internationally recognized symbol of medicine.  It consists of a snake [worm?] slithering around a wooden stick.

The snake has various meanings associated with medicine.  Some accounts also say Asclepius obtained his special medical knowledge from communication with snakes.  There is also a theory that the animal is actually a worm, used by doctors to treat wounds.

Hygieia, Goddess of Hygiene and Cleanliness

Hygieia is the daughter of the god of medicine, Asclepius.  She is the Greek and Roman goddess of health, cleanliness, and sanitation.  The word “hygiene” arises from her name.

Hygieia, like her dad, is associated with snakes.  She is also shown with a serpent wrapped around her arm or torso and a cup or chalice in her hand.  These symbols are known as the “bowl of Hygieia,” and is one of the symbols of pharmacists.

If her name was a Wheel of Fortune clue, you would have to buy a lot of vowels.

Asclepius and Epione (associated with recovery of illness) had a lot of children, each of who were skillful in some aspect of the healing arts.  The children basically were in the family business.

The traditional oath of Hippocrates, the father of medicine, cites Asclepius and his daughters Hygieia and Panacea.  And, his sons popped up as heroes in the stories of the Trojan War.

Panacea was the Greek goddess of the universal remedy.  She supposedly had a special medicine that could heal all illnesses.  Panacea became the symbol of medicine and all-around health.  Also, the word “panacea,” something that solves everything, arises from her as well.

The Caduceus (“herald” in Greek) was originally a symbol of Hermes, the messenger of the Greek gods.

The symbol is usually portrayed as two snakes around a rod (staff) with wings (representing Hermes flying around) on top.  Hermes, so the story goes, came upon two snakes, tossed his staff at them, and they slithered around it.  But, the symbolism of two snakes around a staff goes further back, including in mythology as far back as 3000 BCE Sumeria.

Hermes also became a patron of other occupations, including alchemists, who tried to change lead into gold.  People who worked with potions, including pharmacists and physicians, sometimes used the symbol of Caduceus.

The symbol’s similarity to the rod of Asclepius also probably also influenced its popularity as a symbol of the medical profession.

A few health symbols are related to energy fields supposedly around our bodies.

It is the name of a form of alternative medicine, energy healing.  The general idea is that we have energy fields around our body.  The lack of proper flow of energy can cause physical and emotional pain. Reiki practitioners can lay hands on a patient and help correct the problem.

Various techniques and practices are involved.  Reiki symbols are one specific approach to properly regulate bodily energy.  The symbols alert the mind and body to change the way the Reiki energy functions.  Let us examine some Reiki symbols.

The Cho Ku Rei symbol looks like a circling coil.  It reminds me of the symbol that is sometimes portrayed in films as somewhat surreal and/or used to hypnotize people.

The term can be translated as “by the emperor’s command” or “place the power of the universe here.”   The Cho Ku Rei is the Reiki Power Symbol.  It also symbolizes protection and prosperity.

The symbol represents energy with direction and purpose.  It can be used at the beginning of a Reiki session to help direct energy and provide a positive opening.

The sei he ki symbol looks somewhat like an arc of a wheel.  One description is “a wave cresting and getting ready to crash over a beach or a bird’s wing.”  I guess.  Looks a bit weird to me.

“Sei he ki” translates to “God and man become one.”  It is the symbol of mental and emotional health as well as harmony and balance.

The symbol is important for self-healing and can be used as a path to your subconsciousness.  Perhaps, it was a useful tool for Sigmund Freud?

Hon Sha Ze Sho Nen is the Reiki Distance Symbol.  This time it is represented by the actual Japanese script of the words, not a pictorial symbol.

“Hon Sha Ze Sho Nen” translates to “having no present, past, or future.”  Another translation for the characters that make up the symbol is “correct thought (mindfulness) is the essence of being.”  As always, it is important to realize translating foreign languages is an inexact science.

The symbol is used to send energy through time, both into the past and future.  It can be used to understand past lives and events that cause current problems.  The symbol also can be used without touching a patient, so is powerful over time and space.  Very powerful symbol.

The Reiki healer is believed to be able to control the “life force” energy around our bodies and a hand used to do this is called the “Reiki hand.”  A hand with a spiral in the middle is sometimes used to symbolize the Reiki hand.  The symbol itself goes back to ancient times.

The shaman (a type of healer) hand symbol is represented by the palm of one’s hand with an open spiral originating from the center of the palm and running towards the fingers.  It is a Native American symbol of health and protection, including basically as a good luck charm.

The hand was an ancient means for Native Americans to mark their presence, a symbol of their whole being, including their thoughts and dreams.  The spiral might be a symbol of the rising sun and also can mean a journey or change.  The combination has a spiritual significance symbolizing knowledge, strength, renewal, and protection.

Quartz is a mineral that is also a crystal.  Crystals are scientifically quite interesting.  They also have many uses, including for decorative gems.  Rose quartz is a pink-colored version.

Crystals are also believed by many to have healing qualities. They do this by positively interacting with your body’s energy field or chakra.  Different types of crystals each have their own purposes.  Rose quartz is a healing crystal particularly valued today as a love charm.

The dandelion is a humble flower beloved by children since they are able to blow its seeds away, perhaps making a wish first.

Ancient Greeks saw dandelions as a source of power and strength, useful for the start of an adventure.  It has traditionally been used as a medicine.  Dandelions were also cheap food, symbolizing poverty and want.  A bit ironic.

Dandelions symbolize growth, hope, and healing. The Japanese also believe they symbolize courage because they can grow anywhere and everywhere.  In one famous Japanese film, the heroine Tampopo (“dandelion” in Japanese) has a dream to grow her humble shop into a successful one.  She has the courage and strength to do it too.   Her name is quite appropriate.

In the age of COVID, health is of special concern.

From ancient times, there were many symbols of health.  Gods, animals, energy fields, and more continue to be associated with our well-being.  The red cross symbol arose from the Swiss flag, which has a white cross in a red field.  White symbolizes purity and cleanliness.  And, a cross is associated with Christianity, Jesus himself believed to be a great healer.

I wish all my readers good health.