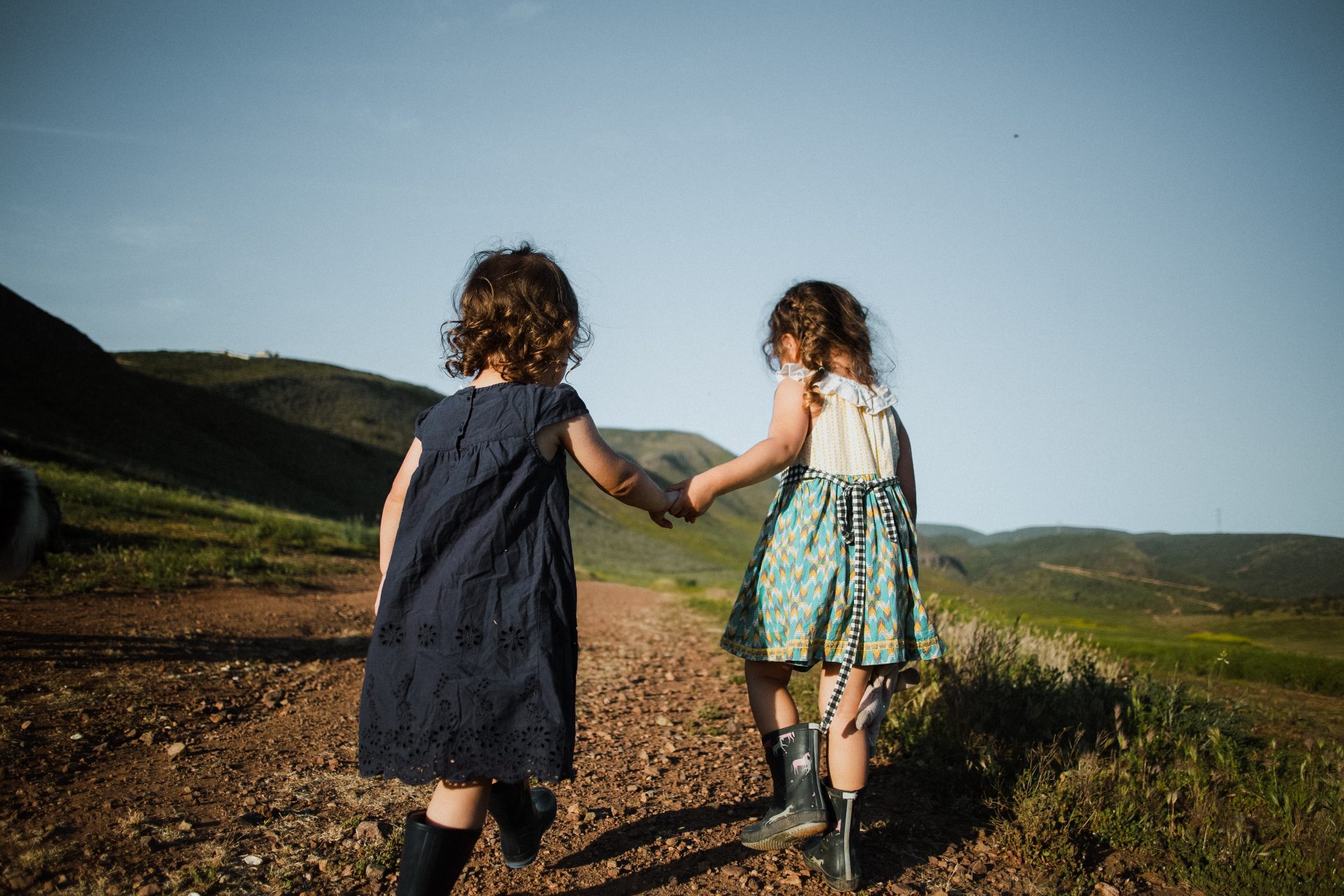 Animals have lots of symbolism, so it is not surprising that different animals symbolize friendship and related things like loyalty and love.

I will be “that guy” and note that humans are animals too.  So, if we want to talk about animal symbols of friendship, a picture of humans can be included.

But, let us focus on non-human animals.  And, the obvious answer here is “man’s best friend,” the dog.  Dogs were loyal friends of humans from the beginning of human civilization.

Whatever the origins of dogs and humans becoming besties, dogs are just that: basic symbols of friendship and loyalty.  And, we can toss in wolves too, dogs being domesticated wolves.

Horses also are both early domesticated animals and ones to whom humans developed a close personal attachment.  Horses had many symbolic meanings, including nobility and bravery.  But, part of the mix is loyalty and friendship.  Many popular children’s stories reflect this theme.

Turtle doves are also a popular symbol of friendship. They usually come in pairs, symbolizing love, loyalty, and friendship.  Not just on the second day of Christmas (you know that sound, right?).

Andy:  This is the end, friend.

The friendship between Andy and his doll, Chucky, in Child’s Play was not exactly healthy. Spoiler Alert.  But, many people hope their friendships will be long-lasting.

Many symbols honor the hope and promise of everlasting friendship.  Friendship bracelets and rings are very common.  Rings are ancient symbols of unity, a closed never-ending loop.

Knots are also a common symbol of everlasting friendship.  A knot is something that strongly bonds two things together, at times so much that it is very hard to untie.

Sometimes called an “everlasting friendship knot,” such symbols come in various forms.  One version includes an infinity sign with a diamond over the middle.  The diamond, the “girl’s best friend,” is a hardy symbol of strength.  So, that would be a strong, never-ending friendship!

Foreign scripts are a popular everlasting friendship symbol.  For instance, if you want to say “friends forever,” the Chinese characters “永遠的朋友” will do the trick.

A heart is a symbol of friendship and love.  An interlocked heart emphasizes the bond between two people.  Clasped hands (shaking hands) or two fists together fit this overall theme.  They are all signs of everlasting friendship.  Those hearts are bonded together, people!

Body art, including tattoos, has been an important means of personal expression from primitive times.  Various forms of inks and dyes can provide a permanent symbol on your own personal canvass.  Other tattoos are more temporary such as henna; they are good too.

Tattoos are popular ways to show friendship and love.  People often have tattoos for which various symbols are used to express their bond with friends.  A tattoo also might be obtained in memory of a friend or loved one who passed away or somehow was lost.

The tattoo might have a special relationship to the friend (such as their name, sign, or favorite flower) or be more generic.  Friends might have matching tattoos, either the same symbol or two symbols (such as a ying/yang, sun/moon) that can go together.

One popular tattoo is a tree.  A tree provides the option to represent more than two friends.  Three trees, for instance, can represent different friends, with the size of the tree a symbol of the age and/or size of the friend.   A tree can also have many branches, each a friend.

The Irish, to bring up my maternal side, have many symbols of friendship. This includes Celtish symbols. The Celts originated in Europe before they moved on to England and Ireland.

Claddagh symbol, commonly used as a ring or other jewelry, is a long-lasting Irish symbol for friendship.

Named after a region of Ireland, the different parts of the ring symbolizes love (the heart), loyalty (the crown), and friendship (the hands).  Legend says that how you wear the ring is a sign of your relationship status from being single, to being in a relationship, and happily married.

A Celtic friendship  knot or triquetra (“three cornered”), was a popular symbol in medieval manuscripts, including the Book of Kells. The symbol eventually represented the Christian trinity, a sign of spiritual union.   It can also be considered an eternal friendship symbol.

The four leaf clover is a sign of good luck.  Each clover (news to me!) has a meaning: faith, hope, love, and luck.  So, the third clover can be a symbol of friendship as well.

Friendship Symbols in Other Countries

Friendship is basic to human existence.  If you examine any community around the world, you are likely to find multiple symbols of friendship. Each category examined here includes examples from around the world.  Symbols are a basic way to examine world cultures.

Jade plants are native to South Africa. Jade plants represent prosperity. Feng Shui practitioners, who are very concerned with the good energy in a room, think of them as money attraction devices.  They are also symbols of friendship.  If a jade plant given to you as a gift from a friend does not thrive, it is a bad sign.  It means your friendship is in trouble.

Foreign language texts are popular friendship symbols.  There are various Chinese and Japanese characters which can be used to express friendship, including representing Qingyou (Chinese) and Shin’yu (Japanese).  Other languages such as Arabic are popular as well.

The Pikorua is a friendship symbol of the Maori people of New Zealand.  It resembles two intertwined pikopiko ferns, native to the area.  The “Maori twist” has no beginning or end, symbolizing eternity and strength of a good friendship.

Ese Ne Tekrema (“teeth and tongue”) is an Adinkra symbol of friendship.  Adinkra symbols are West African symbols of the Asante (Ghana) people.  The symbol represents the teeth and the mouth, which have different roles but work closely together.  Like good friends.

Crossed arrows are popular symbols of friendship.  They symbolize two people crossing paths and coming together peacefully.  It is a popular Native American symbol of friendship, where the arrows can represent both two people and two different clans or tribes.

Flowers have an important biological role in plants.  Scientists can tell you all about that.  They are pretty.  And, my mom is not a big fan of them as gifts (“they just die”).

Flowers also have a lot of symbolism as we already have seen with dandelions.

Flowers are given to friends and lovers for a variety of reasons.  They are given on Valentine’s Day and Mother’s Day as well as a way to remember people at funerals.  They celebrate spring and spring holidays like Easter.  Poinsettias are also popular Christmas flowers.

Flowers are likely to be present at each major life event, from birth to death.  This reflects the many meanings of flowers, which makes them ideal friendship symbols.  They symbolize life and joy, purity and innocence, beauty and everything pretty, and a lot of other things.

Lotus flowers, sacred in Buddhism and Hinduism, are also popular friendship symbols.  They are a sign that you believe your friendship is beautiful, full of grace, and all around perfect.

Diamonds are apparently a girl’s best friend.  Marilyn Monroe can’t be wrong.  Nice presents, including valuable jewelry, are a sign of friendship.

Gems have special meanings. Lapis Lazuli, a blue gemstone, symbolizes not only friendship but truthfulness, which is definitely not a guarantee from all friends. Topaz (which is my birthstone) is another friendly gemstone, particularly symbolizing fidelity and trust.

There are many other friendship symbols, including those that are specific to the personal tastes and qualities of your individual friends.  This includes symbolic actions.

In Star Trek II: The Wrath of Khan, Spock sacrifices himself to save his friends.  There is a touching moment where he expresses his long time friendship with Captain Kirk.

Symbols of friendship need not include dying.  We do many things, great and small, to symbolize our friendship with others such as helping people move or being there when they are sad.  People all have special needs and pleasures.  We adapt our signs of friendship to each one.

The show Friends has a catchy theme song that aims to summarize:

(When the rain starts to pour)

(‘Cause you’re there for me too)

Friendship symbols cover all of that though perhaps more should factor in the good and the bad.  Okay. That is the Facts of Life theme song.  But, that was ultimately about four friends, right?