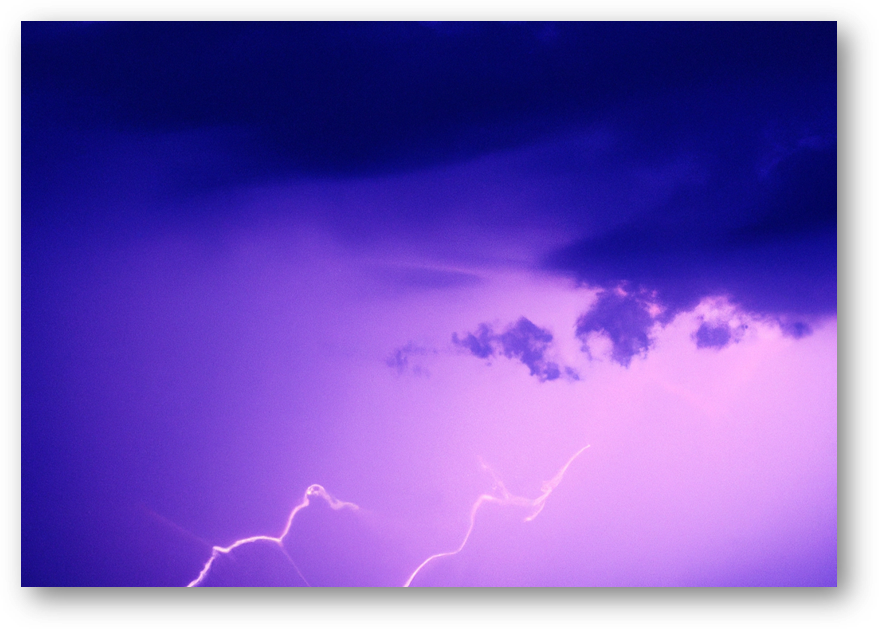 Thunder is the sound caused by lightning. A “thunderbolt” is a single flash of lightning and the sound it makes. Thunder can symbolize God, nature, and the weather. It can symbolize a scary story, fear, and war.  Thunder is really loud and someone “thundering” is loud and passionate about something. Thunder is a popular symbol for many things such as sports teams, military units, and fast things. And, Thunderbirds puppets are creepy.

For instance, thunder and lightning both symbolize God and nature.

Various gods are associated with lightning, at times using lightning bolts as a means to attack enemies or those who have done something wrong.  Thunder is often also associated with such godly activities, including being a sign of the power and force of God or the gods.

Thunder also is a symbol of nature and the weather in particular.  The sounds of nature overall can also be symbolized by comparing it to thunder.  Such as the sounds of a rumbling volcano.

What Do Thunderbolts Symbolize?

A single lightning strike with the thunder that follows is known as a “thunderbolt.”

An animal that runs quickly from one place to another can be compared to a “thunderbolt,” perhaps a cat quickly striking against a mouse.

And, a thunderbolt or lightning strike symbol [⚡] also means electricity or electric current.

The fast speed of a thunderbolt also led to a type of hardware interface, a computer product, being given that name.  Thunderbolt is advertised as both fast and reliable.

Thunder is very loud.  One metaphor I found was “thunder was a mighty lion.” Thunder is being compared here to the loud roar of a lion.  So, we talk about someone “thundering” on.

The use of “thunder” in this sense often is used when someone is angry and upset.  My mom doesn’t like when I “thunder” too much about something bad happening in baseball or football.  A person might be really mad, red-faced, thundering about something.  Loud and mad.

“It is a dark and stormy night.”

When I was younger, that often was the beginning of one of Snoopy’s stories in the Peanuts comic strip.  Snoopy is not that great of a writer, so he was known for using overheated tropes.

And, certain things tend to set the mood in a stereotypical classic novel, including various things that are covered in entries on this website (dark clouds, lightning, rain, etc.). Thunder is another bit of a dramatic atmosphere, including bringing forth chills.  Thunder is scary.

Thunder can particularly scare children.  A common scene is a cute child in bed, thunder outside, and they are scared.  And, someone (often mom) says “don’t be scared, it is only thunder.”

Thunder can therefore symbolize something that scares us.  It also can be part of an overall scene symbolizing finding out all is okay.  You are safe.

Astraphobia is the name for being really afraid of loud noises that can be found in nature like thunder.  Phobias are a serious business and people telling you your fears are irrational will often not help too much.  Thunder can symbolize this sense of dread, deep in your bones.

When shall we three meet again —

In thunder, lightning, or in rain?

Thunder can symbolize actual danger.  At the beginning of the play, Macbeth provides “thunder and lightning” as the opening stage direction.  The weather symbolizes the evil, disruptive nature of the witches.  We have a foreshadowing, a sign of what is to come, of bad things.

The very next scene is a battle.  Thunder can symbolize the sounds of battle, especially cannon fire.  Again, thunder and lightning work together.  The flashes of shots in the air are heard far away.  Together, especially for participants, they symbolize the horrors of war.

Thunder in mythology often was explained as the gods in battle.  Gods often are symbols of human experience, including warfare.  If thunder happens in human warfare, why not the gods?

Macbeth later says of life: “Told by an idiot, full of sound and fury, Signifying nothing.”  Thunder again?  Maybe so.  Thunder is very loud, but ultimately what does all the sound and fury mean?  If loud enough, maybe it can hurt your ears or even shatter glass.  Or, it is just noise.

Symbolism is a popular means of naming things. The Oklahoma City Thunder is the name of a professional basketball team.  ESPN noted the name had a range of symbolism attached:

Even one of Oklahoma native Garth Brooks’ biggest hits was “The Thunder Rolls.”

A “thunderbird” is a mythical creature in some Native American cultures, thunder being the sound of their wings flapping.

It is also the name of a somewhat (well to me) creepy-looking puppet show about a team of rescue adventurers.  And, various other things, including fast cars, planes, and military units.   All are associated with adventure, speed, and a lot of noise.

Garth Brooks’ song is somewhat creepy too, especially the official video starring Garth in a fake beard, glasses, and a wig.

He’s headin’ back from somewhere

That he never should have been

And the thunder rolls

And the thunder rolls

The song is about a troubled marriage, including adultery and domestic violence.

“Thunder rolls” uses standard storm symbolism to both set the mood and foreshadow bad things to come (“Raindrops on the windshield / There’s a storm movin’ in”) and explain the “stormy” nature of the marriage and the character’s feelings (“Deep in her heart, the thunder rolls”).

Thunder and lightning go together like children and a mess.

The children swoop in and soon enough a mess is left behind.  And, one thing that children are known for is a lot of noise and thundering.
Thunder is associated with a lot of symbolism from noise, danger, and a good lay-up, which is shown by the play (except maybe the basketball part) MacBeth.  There is also something called “thundersnow,” which sounds like sci-fi, but is an actual weather occurrence.  Talk about creepy.

link to What Does the Wind Symbolize? The Answer Will Blow You Away!

Wind is a result of changing atmospheric conditions. It comes in mild forms, as a sign of the seasons, and more nasty forms like hurricanes and tornadoes. Wind was often explained as a creation of...

Continue Reading
link to What Does Rain Symbolize?

Rain is fundamental to our lives; we need it for our survival.  Rain is the product of a never-ending water cycle.  Before people were aware of the science, various myths were used to...