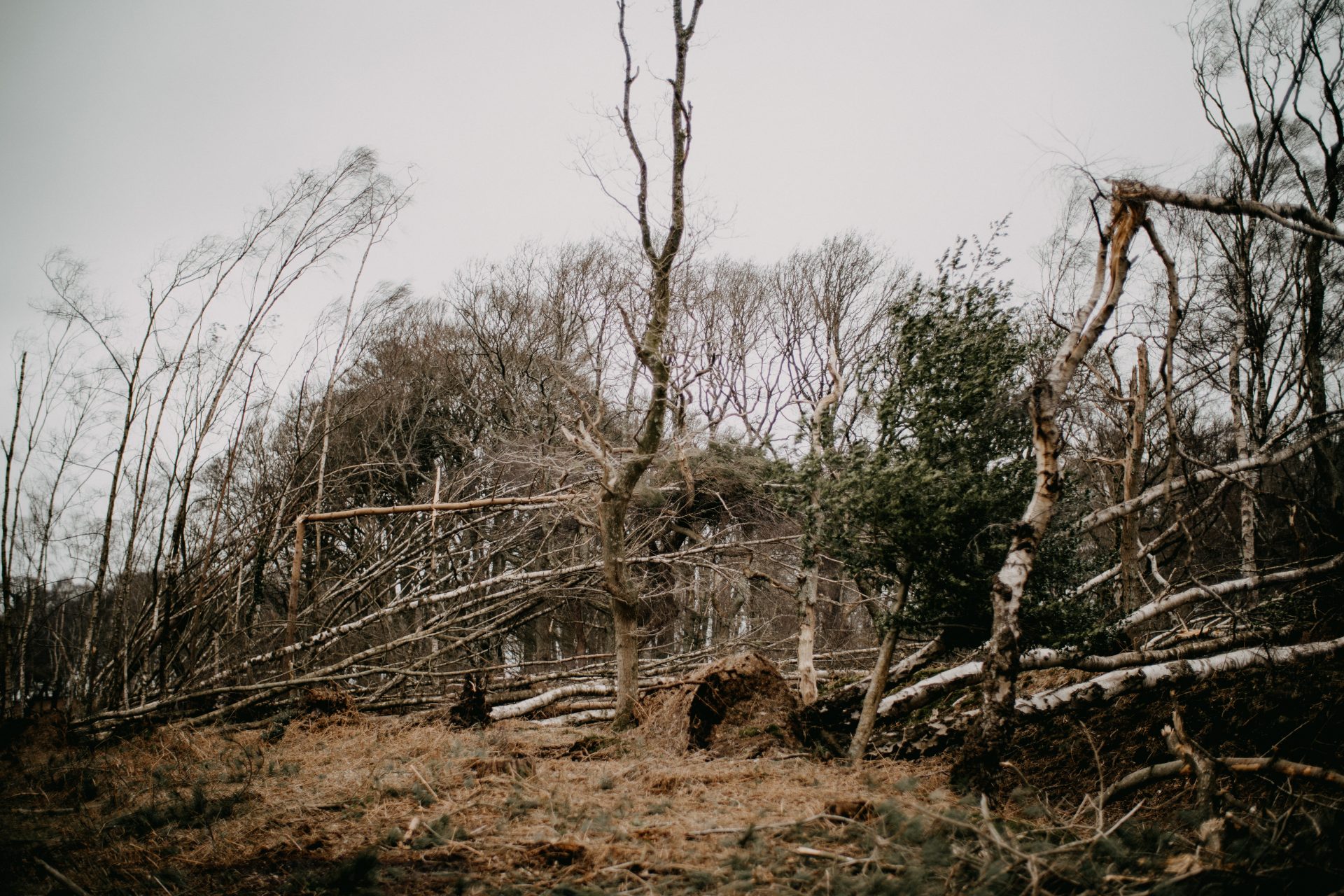 Trees are majestic symbols, which often live a long time. But, baby, even trees must fall.

A tree might fall for a variety of reasons, good or bad.  Either way, a fallen tree can mean a bunch of things.  If possible, find a fallen log to sit on, and let us take a look.

Trees fall for various natural reasons, including by lightning strikes and because of disease and old age.  Fallen symbols here can symbolize nature, a sign of the power of God, and chance.

Fallen trees are likely to be understood differently depending on the person involved. A person might look at a fallen tree totally scientifically. They might associate a fallen tree with nature and nature’s power.  Scientists might also take into consideration geography and other factors.

Those with a scientific mind and many others might also use a fallen tree to contemplate how life is often about chance.  Others might see falling trees an omen of bad luck.

When a tree falls and the many things that might cause it to fall, including a freak lightning strike or just enough rotted wood, cannot be set to a schedule.

Some might see God’s presence in a fallen tree.  A great powerful tree falling to many shows the power of God.  It also might be a heavenly sign of some sort, including God’s wraith.

When someone is killed in battle, we also speak of them being “fallen,” especially when an important person (like a general or a member of your family) dies.

A fallen tree also symbolizes death and dying, including the end of a great and magnificent existence.  Falling trees show even the mighty can and will eventually fall.  A sort of equality.

Falling trees can also symbolize the passage of time. No matter how long living trees might be, they too will eventually die.  But, this can take a long time, some trees living hundreds of years.  A fallen tree therefore can mean a long period of time has passed.

A tree, however, does not only fall because of old age.  Sometimes, they fall down because of natural causes or because people chop them down.  This symbolizes a life cut short.

Sometimes, a life cut short is also symbolized by a broken branch.  A “family tree” is a way to chart out members of your family.  If a “branch” of the family suddenly “falls off,” perhaps because of injury or no one having children,  it can be called a “broken branch” as well.

This is the glass-half-empty way of thinking about things.  Some trees are particularly hard to keep down; if you cut down part of a bamboo tree, it can actually help it grow quicker.

Warfare can result in fires and fallen trees.  For instance, “The Wilderness” was a forested area in Virginia subject to harsh warfare during the Civil War.

The battles caused much destruction to the forest.  Trees  also might be chopped down to help fight a war or otherwise alter a landscape to help take control of the area.

The Battle of Fallen Timbers (1794) was an important battle between the U.S. military and Native Americans.  The defeat of the Native Americans secured a major area of the Old Northwest (around the Great Lakes area) for development by the young United States.

The Battle of Fallen Timbers is not so named because the trees fell down during the war itself.  The battle took place amid trees toppled by a tornado near present day Toledo, Ohio.

A fallen tree often is the result of human activity.  Trees have many uses, especially back when there were fewer means to build things (wooden ships vs. steel) and provide fuel (wood vs. oil).

A fallen tree symbolizes the power of humanity as well as perhaps our hubris, our pride, in using and abusing nature for our purposes.

Lumberjacks are particularly assigned the duty to knock all those trees down.  Fallen trees can therefore also symbolize lumberjacks and anyone else connected to causing them to fall.  They can also symbolize the dangerous nature of the job and dangerous jobs and exploits in general.

Beavers are animal lumberjacks that use their teeth to gnaw through wood.  A small tree might fall within minutes while beavers might take weeks to cause a large tree to fall down.

Why do beavers cut down trees?  To make dams and lodges (homes) for themselves.  Fallen trees also symbolize animals are just crafty little buggers!

Why Do We Scream “TIMBER!”?

A common sight in a television show is someone cutting down a tree and screaming “timber!” to warn people about it falling.  It’s one of those things we accept without thinking about it much.

The word “timber” originally means “building or structure.”  This was then applied to trees that are good to use as building material.  The material used here would be “timber.”

When a lumberjack cuts down a tree, therefore, it is sensible to call out “timber” as a warning.  Also, the word itself can be drawn out (timber-r-r-r) while you are screaming it, allowing the warning to spread across long distances (trees are big).

Mason Locke Weems, one of many people in American history with somewhat silly-sounding names, invented the famous story about George Washington chopping down a cherry tree.

The story goes that young Washington did so, but “could not tell a lie.”  Little George’s honesty to his father was a sort of foreshadowing of the type of man he would become.

Moving up a couple of hundred years, in the realm of real life, a 240-year-old oak tree at George Washington’s home (Mount Vernon) fell down.  Its passing was given basically a fallen soldier’s send-off.  The coverage was poignant:

The rest of it lay where it had fallen along a nearby roadway — its roots gnarled, its bark still bearing the unit insignia carved by Union soldiers, most likely in 1865.

Mason Locke Weems could not have written things much better.  And, that is a good ending for this piece as well.  I don’t want to go on too long.  A tree log isn’t that comfortable.