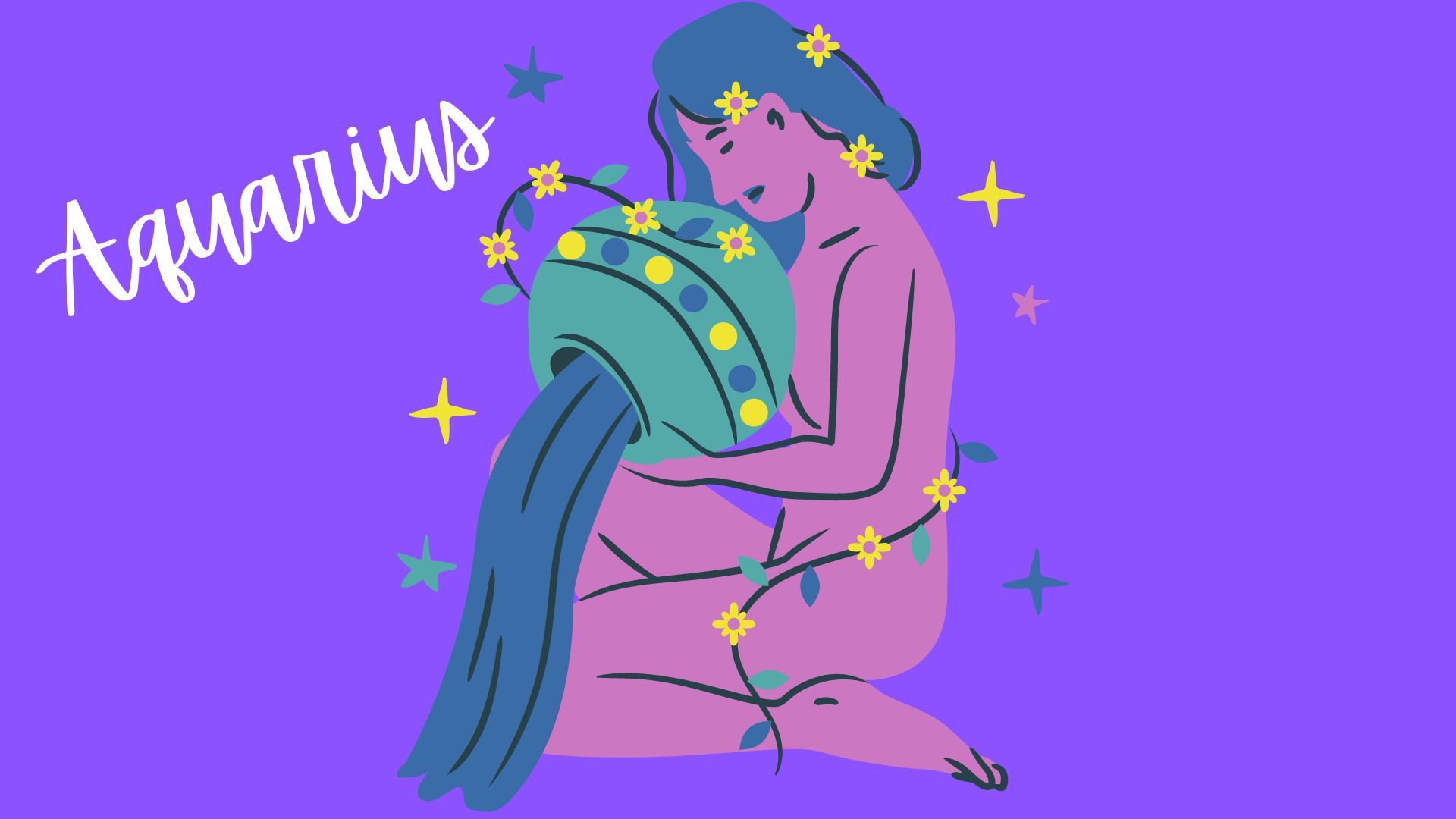 A common symbol of Aquarius is a man carrying a jug of water.  There are many other symbols of Aquarius. The musical Hair spoke of the “Age of Aquarius.” Maybe, there should be seven? They would include the water bearer, orchids, and (confusingly) the sky.

The ancients looked at the sky and imagined.  They saw an elliptical-shaped band filled with constellations that looked like animals.

This forms the zodiac, which means “circle of animals.”  They also thought the stars provided lessons about how our lives would go.

Early astronomers observed the Sun traveling through the signs of the zodiac in the course of one year, providing us with the twelve date ranges for each sign of the horoscope. I’m a Scorpio.

Aquarius (January 20 – February 18) is the eleventh sign in the zodiac.  “Aquarius” is Latin for “water carrier” or “cup carrier.”  Aquarius is often known as the “water bearer” as well.

A common symbol of Aquarius is a man carrying a jug of water.  The man depicted as carrying the water is often said to be Ganymede.

Ganymede was so beautiful that Zeus made him a personal cupbearer.  And, immortalized him by putting him in the sky as a constellation.

Aquarius is not a water sign.  Yes.  That is a bit confusing. But, the person is carrying, not touching the water.  Aquarius is actually an air sign along with Gemini and Libra.

The ancients believed that the world was made of four elements: air, fire, water, and earth.  Aquarius is associated with the element of air.

Nonetheless, the basic symbol, including the Egyptian hieroglyphics symbol (glyph), of Aquarius is two wavy lines.  The wavy lines symbolize water, including all that water is associated with such as cleansing (including sins as seen with baptism) and the life-giving power of water.

Uranus: The Planet of Aquarius

This is the symbol for the planet Uranus.  Aquarius is a “sky” sign and Uranus is the god of the sky and heavens.  Uranus is associated with creativity, innovation, and insight.  It is sometimes seen as a negative force, a force of rebellion and anarchy.  But, sometimes change is necessary.

Orchids are the flower most associated with Aquarius while various other flowers such as the gladiolus are sometimes also fitting for some people born under the Aquarius sign.

Orchids can symbolize a range of things.  They symbolize luxury, love, strength, and beauty.  Also, orchids symbolize grace and delicacy.  People born under the sign of Aquarius have a soft and sensitive side with often hidden strength.

Quartz is beautiful, scientifically interesting, and believed to have health-giving properties.  “Amethyst” is Greek for not being intoxicated. Amethyst was believed to prevent drunkenness.  Wearing a stone made of amethyst or drinking from a cup made of the substance supposedly would keep you sober.

Amethyst symbolizes health and well-being, calmness and clarity of mind.  The gemstone also symbolizes royalty (like the color purple) and beauty on the inside and out.

The musical Hair celebrates the 1960s counterculture, including the hippie movement, speaking of the “dawning of the age of Aquarius.”  This symbolizes a period of peace and love, even if some astronomers grumbled that the first two lines are not scientifically accurate.

Scientists have problems with poetic license.  The Age of Aquarius is an optimistic idea that we are at the cusp of good times.  A time of peace, harmony and good times is akin to the future age of paradise believed to be coming by many religions.

My sister is an Aquarius.  So, perhaps I should say that it also symbolizes “Diane.”  But, my other sister would say that it is a bit too obscure.  The seven symbols we discussed are:

Each symbol has their own particular meaning.  After all, there was a lot to contemplate in ancient times while people looked at the stars.  They did not even have smartphones back then.