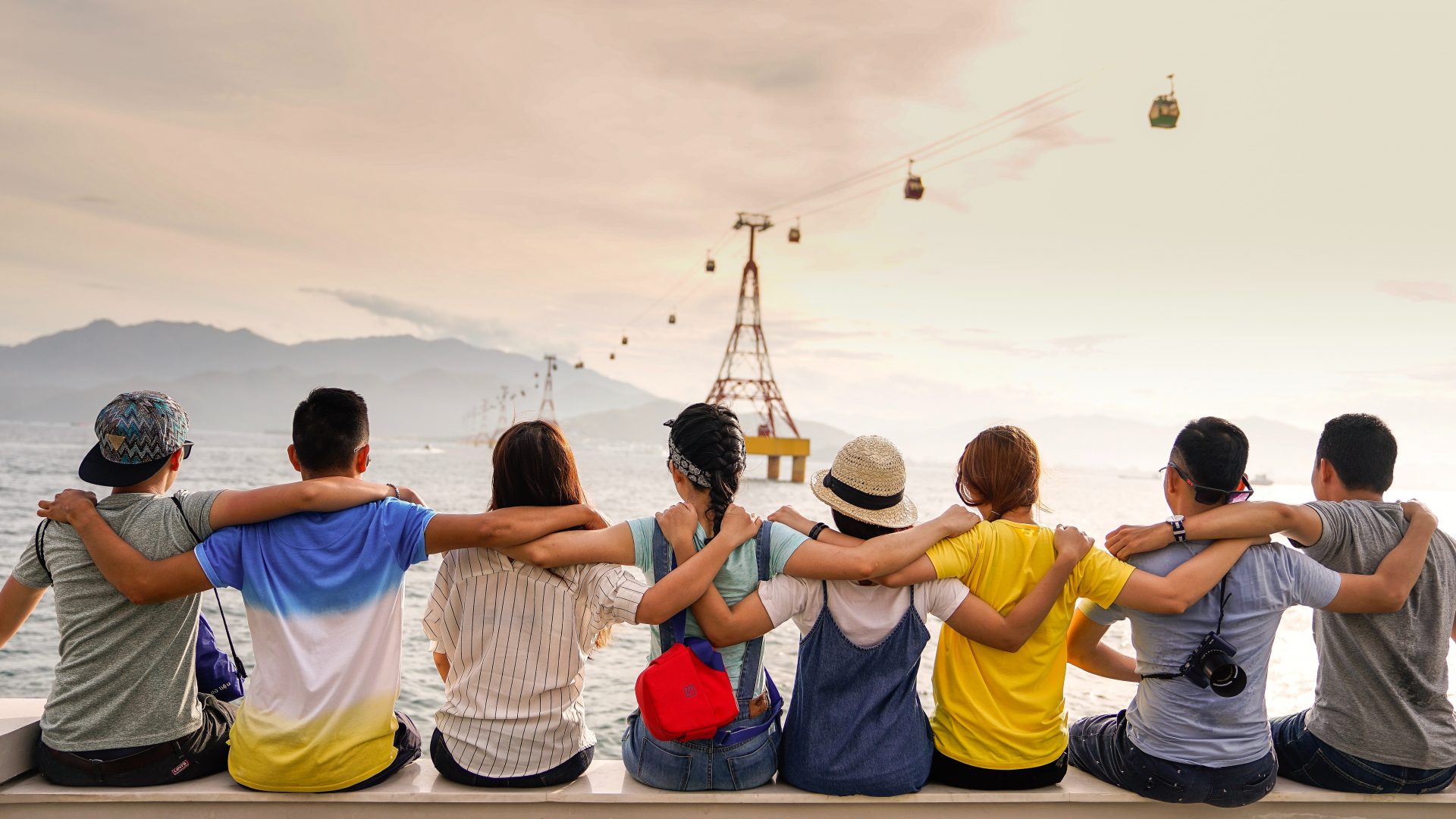 We have various types of friendships over our lives. Some are long-lasting or even lifelong.  These “everlasting” friendships can be symbolized in a variety of ways. Some good symbols of everlasting friendship are knots, infinity symbols, interlocking hearts, and tattoos.

Everlasting Is Not Immortal

“For some, time passes slowly. An hour can seem like an eternity. For others, there was never enough. For Jesse Tuck, it didn’t exist.”

Tuck Everlasting is a children’s book about a family who are immortal.

They drank from a magical spring that stopped the aging process.  This eventually turned out to be a mixed blessing.  Everlasting friendship usually is more limited.  Death eventually comes.

If a friendship is truly everlasting, we are talking about some mystical stuff going on.  Gods and goddesses and all that.  Or, maybe vampires.  Vampires have trouble making friends though.

In the Moment, Friendship Is Everlasting

Lifelong friendships are special things.  Friendship is often not everlasting.

Which is okay.  It still can be important to live in the moment as if it were true.

Friendship is about trust and loyalty.  A friend should be able to rely on another friend.  Symbols of friendship are one way to show this and, a way to express our value of friendship.

Symbols of everlasting friendship represent the hope and promise of a long-lasting relationship.

Blood is a basic symbol of life.  “Spilling blood” is another way of saying murder.  Someone “related by blood” is biologically part of the family.

A person can also be a “blood brother” or “blood sister” symbolically.  Sometimes, children do this by cutting their fingers and swapping blood.  They are now honorary family members.

This was done by many cultures over the centuries, at times, with special elaborate ceremonies.   Simple or not, blood in this way is a symbol of everlasting friendship.

Marriage is sometimes called “tying the knot.”  This expression arose from a ceremony where two people were symbolically tied together with pieces of cloth.  Some still do this.

Marriage ideally is “to death do us part.”  The knot, therefore, is a sign of an everlasting union between two people.  Likewise, knots are symbols of everlasting friendships.

Another familiar symbol of marriage is a ring.  A ring, a never-ending circle, can be a sign of everlasting friendship as well.  Another variant of this theme is a friendship bracelet.

Such symbols can come in knot form.  Sometimes called an “everlasting friendship knot,” they come in various varieties.  You might want to avoid them for friends scared of math.

One version includes an infinity sign with a diamond over the middle.  The diamond, the “girl’s best friend,” is a hardy symbol of strength.  A symbol of a strong friendship indeed.

A heart is a symbol of friendship and love.  An interlocked heart emphasizes the special bond between two people.  It is a good way to symbolize an everlasting friendship.

Shaking hands is a way of joining two people together.  It is a symbol of peace and trust. Clasped hands are signs of everlasting friendship.  A form of permanently shaking hands.

Holding hands generally is a sign of friendship.  Many friends like to hold hands when they are outside as a sign of their bond.  It is a warm and beneficial symbol of friendship worldwide.

The infinity knot shows how more than one symbol of everlasting friendship can be used together for special emphasis.  Hands joining together also can be combined with the infinity symbol.  This is a special expression of being “friends forever.”   [example]

Everlasting friendship can also be expressed in words.  People can take oaths, promising to be lifelong friends who will forever support each other.

Foreign scripts are a popular everlasting friendship symbol.  For instance, if you want to say “friends forever,” the Chinese characters “永遠的朋友” will do the trick.

Tattoos can be temporary.  Henna inks or other short-lived tattoos are available.

All the same, body art is often a more permanent means of self-expression.  One popular message is expressions of friendship, including those Chinese characters we just talked about.

A permanent tattoo is a good symbol of eternal friendship. And, if unfortunately your friendship is not so long-lasting, the tattoo can still be a reminder of a friendship that once was.

Claddagh symbol, commonly used as a ring or other jewelry, is an Irish symbol for friendship.

Named after a region of Ireland, the different parts of the ring symbolize love (the heart), loyalty (the crown), and friendship (the hands).

The Claddagh ring is traditionally a symbol of everlasting friendship.

Friendship over the course of our lives comes in various shapes and sizes. It can be rather fleeting.  Sometimes, however, friendship is long-lasting.  At least, that is often our hope.

Everlasting friendship can have its flaws.  The evil doll in Child’s Play, Chucky, took “friends to the end” a bit too literally.  Still, we usually rightly honor our enduring friendships, including by using a variety of symbols to express them.