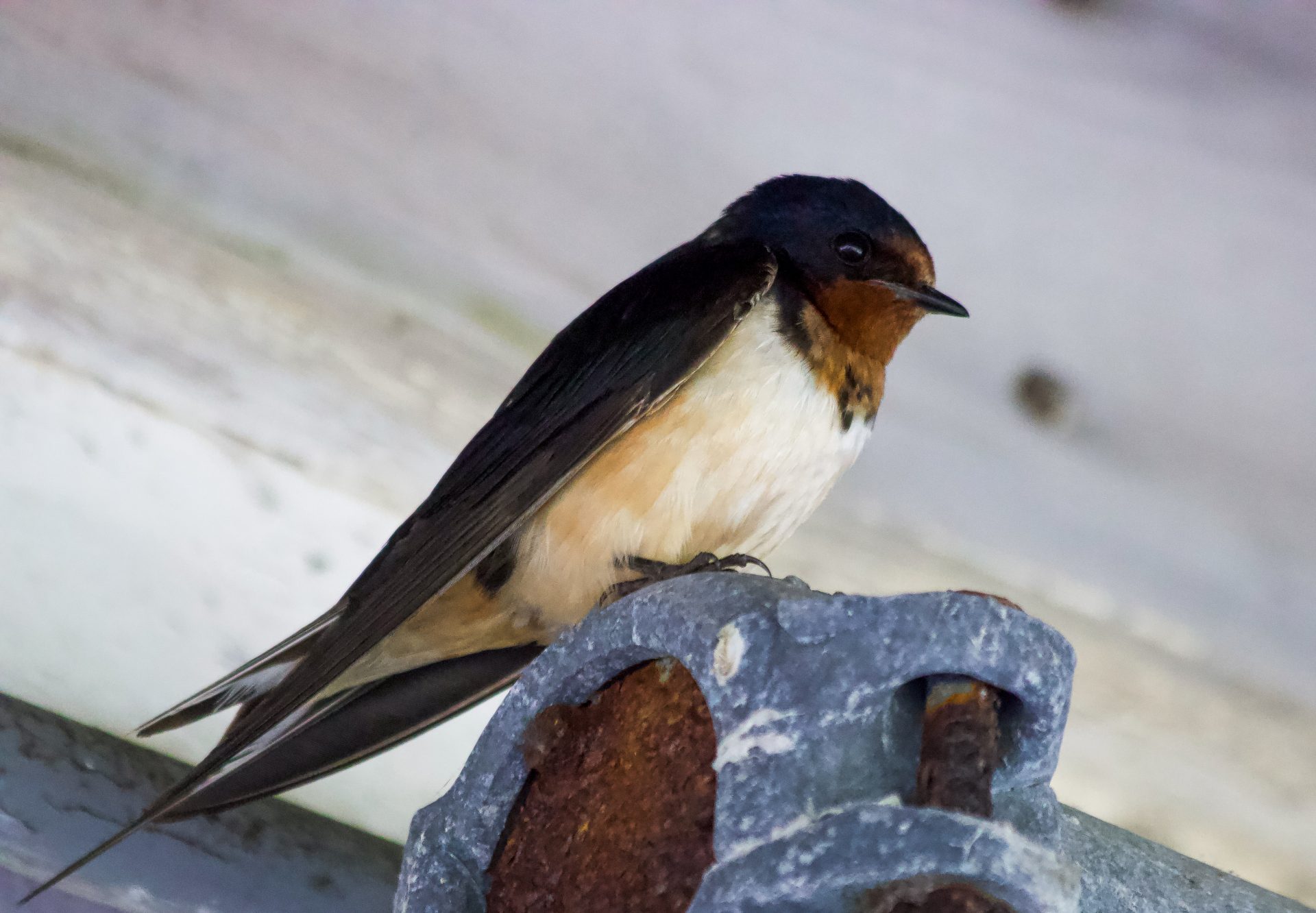 Swallows are songbirds that are found worldwide. Swallows symbolize grace, elegance, and femininity. They often have religious symbolism as creatures of God and nature as well as symbols of rebirth and resurrection. Their song symbolizes music and romance.  Swallows also are good luck charms, including to many Asian cultures and sailors.

The swallow is an iconic bird in the UK, and for many pwoplw mean spring has sprung. With its soothing, twittering song and its loop-the-loop flight, it is a welcome sight in our skies.

Swallows are actually found in every continent but Antartica.  We might not know how they got their name.  But, the reference to “twittering song” is quite appropriate since swallows resemble the Twitter logo.  And, these charming birds are filled with symbolism.  Let’s check them out!

Swallows are found world-wide, including off the tip of South America.

They live in a range of habitats, but largely rely on insects that favor waterways.  Flying insects land on their wings, providing dietary satisfaction.  Why can’t food come to me like that?

Swallows are particularly known by their forked tail, which might be the source of its name. Their plumage (feathers) can be a range of colors, as seen here, particularly blue and green.

Swallows are migratory and non-migratory birds.  Swallows live about three or four years.

Swallows are able to produce many different calls or songs, which are used to communicate, including to show excitement, announce nearby predators, and during mating.

Shakespeare in Richard III noted that “True hope is swift, and flies with swallow’s wings.”

Swallows are wild creatures, representing both nature and God.  The graceful and elegance of swallows also represent the beauty of God’s creation. The swallow is repeatedly mentioned in the Bible, including in reference to their calls, flight, and nests.

The migration of swallows also leads them to be associated with spring, rebirth, and resurrection.  Swallows can represent Christ’s resurrection.

Swallows also more generally can symbolize spring and starting anew.  This also has implications for farming.  For instance, Hopi Indians believe swallows were essential to the first planting of corn.  But, the saying goes that “one swallow is not enough for summer to be here.”

The swallow is called the “bird of freedom” because they are said to not be able to endure captivity and only mate in the wild.

Swallows are often around humans, including telephone wires and nesting around houses and farms.  Swallows are favorites of bird watchers of all types.

The Ancient Roman historian Pliny the Elder wrote that painted swallows were used as messengers to deliver a report of the winning horses at a race.

Swallows are songbirds with different melodies, which is often a symbol of romance. Male swallows establish a nest and use songs to attract females.

Swallows, therefore, symbolize love and romance as well as joy and good tidings.

The calls of swallows have various purposes though often their musical qualities stand out. Nonetheless, they can also symbolize excitement and danger.  I guess so does romance!

Swallows are land-based birds favoring the coasts.  Sailors know the sight of swallows means they are near dry land.  This has led sailors to believe swallows to be good omens.

The Chinese and Japanese also deem swallows good luck.  The Chinese associate swallows with femininity and beauty.  “Swallow” is a common name for Chinese girls.

Swallows In the Rest of the World

Swallows are found worldwide.  We learned about them in the Americas, Europe, and Asia.  Swallows are not native to Antarctica though a few have wound up there in recent years.

Swallows are native to Australia.  They are seen as heralds of spring, earning them the title of “welcome swallow.”  Let us listen to their welcome melodies.

Africa is sometimes the winter quarters of swallows, the weather copacetic for them in many places there.  Some swallows are native Africans.  The Cape Sparrow, for instance, was on the South African coins.  The African swallow even came up in a Monty Python movie.

Koreans tell of a tale of gifts received for helping a swallow with a broken wing.

A poor man helps a swallow.  In return, he is given a pumpkin seed, which grows into a gigantic gourd with riches inside.  A second man purposely breaks the wing of another swallow, hoping to do a similar “good” deed and get riches.  His corrupt heart leads to his downfall.

The sparrow here symbolizes the lowly among us. The lowly nature of the sparrow is referenced by Jesus, referencing how little it cost to buy two swallows.

Like the character in the story, we have an obligation to care for the lowly among us.  It will pay dividends as well, if perhaps not quite the same as the riches found in pumpkin plants.

Oscar Wilde, the English writer, wrote the story “The Happy Prince.”  It tells of a wonderful statue of a rich prince, which gives up all of its beauty to help the needy.

The reliable servant of the prince is a little sparrow, symbolizing loyalty and friendship.  The sparrow is but a little bird.  But, little things can be quite important.  Keep that in mind.

Swallows are charming birds, which are among the avian friends that an ornithologist (bird watcher) in New York City (my home base) can keep an eye out for.  Who knows?  They might bring you luck, help statues provide for the poor, or just be pleasing for the eye and ear.