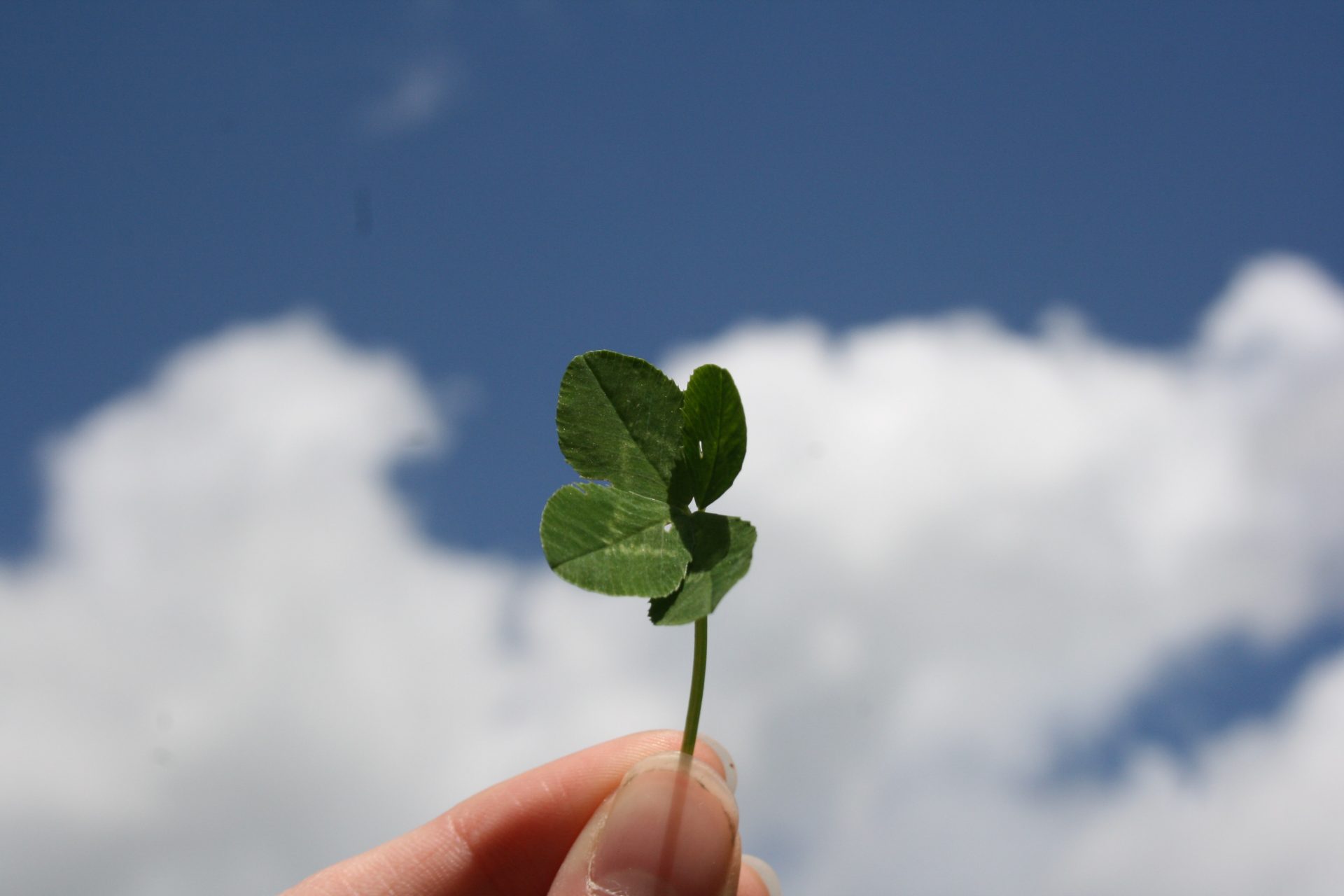 There are many types of friendship symbols.  Some symbols are associated with certain countries.  Irish symbols include Claddagh rings, triquestas (trinity knots), and different types of clovers. These are also sometimes known as Celtish symbols; the Celts were ancient European tribes who eventually moved to Ireland.

A popular symbol of friendship has origins in Ireland.  Let’s look at its story along with some other Irish symbols of friendship.

The Claddagh ring has regularly popped up when I researched friendship symbols.  It is a popular friendship tattoo.  It is a symbol of eternal friendship.  And, it is an Irish symbol too.

First off, “claddagh” is pronounced “cla-da.”  The ring was first made over four hundred years ago in a small Irish fishing village named Claddagh.  At least, that is what they tell the tourists.

(No, seriously, that is where the rings were first made.)

The Claddagh ring was a variety of “fede rings” popular in the Middle Ages. The rings showed two hands grasped together, which symbolizes faith and fidelity. This made them popular wedding rings.  The Claddagh variety has a heart in the middle.

It is said that Richard Joyce, who learned to be a goldsmith after being kidnapped by Mediterranean pirates, invented the Claddagh ring.  There is some debate on that though.

The different parts of the ring symbolize love (the heart), loyalty (the crown), and friendship (the hands).  Both a ring and clasped hands are popular symbols of everlasting friendship.

So, the Claddagh ring itself is also a symbol of enduring friendship.

Fans of the television show Charmed will be familiar with the “power of three.”

A triquetra is a fancy term for three interlocking arcs.  It is a form of a knot, which we have already seen is a popular symbol of everlasting friendship.

A Celtic friendship knot or triquetra (“three-cornered”), was a popular symbol in medieval manuscripts, including the Book of Kells. The symbol eventually represented the Christian trinity, a sign of spiritual union.   It can also be considered an eternal friendship symbol.

The triquetra often was believed to have mystical meaning.  Three pieces connected with no end.  The “power of three” was adopted by Christianity with its concept of the Holy Trinity (Father, Son, and Holy Spirit).   Thus, the triquetra is also known as the “trinity knot.”

The Celts are an ancient European tribe that arose in Europe and eventually migrated to England and Ireland.  The “Celtic Knot” became a popular design in Ireland, including in the medieval Book of Kells, a fancy Bible.

The triquetra is a special kind of Celtic knot.  Another name for it is the Celtic Friendship Knot.

The trinity knot symbolizes spiritual union, the unity of the soul, heart, and mind.

As a friendship symbol, the triquetra honors the close connection between friends.  It can also symbolize eternal friendship.  Some think the Irish (I can say this, having some Irish in me) hold grudges.  This is the good side of their policy of never forgetting.  Friends to the end.

If you ask someone about symbols of Ireland, top answers are likely to be the color green, leprechauns, and St. Patrick.  Was this a question on Family Feud?

One answer also might be the shamrock, a green Irish plant, which translates to “little clover.” Saint Patrick, who brought Christianity to Ireland (and chased the snakes, or maybe it was just evil, out), is rumored to have used three-sided shamrocks to explain the Trinity.

The more rare four-leaf clover was traditionally believed to be lucky and magical.  Shamrocks (three leaves) and four-leaf clovers are not the same things.  They are often confused.

Each clover also has a meaning: faith, hope, love, and luck.  So, the third clover can be a symbol of friendship as well.  Also, a best friend is like a four-leaf clover: hard to find and lucky to have.  And, if your friend is Irish, a “simple” shamrock would be a fine friendship symbol too.

A Celtic cross is a symbol of Ireland.  The cross is similar to the familiar Christian cross with the common Celtic knot design found inside.  Some versions have a circle in the center.

The Celtic Cross first arose before Christianity.  The cross represented nature, including the four directions, and the sun.  Like other symbols, Christians adapted it as their own.

Nonetheless, the Celtic Cross has long been a suitable friendship symbol.  The cross honors people we hold dear.  It has a special Irish flavor. And, the cross is a Christian symbol, honoring fellowship and love.  What is better to symbolize friendship?

There are many symbols of Ireland.  They can all be used to symbolize an Irish friend.  A shamrock with a friend’s name, for instance, might be a nice tattoo or sticker on your notebook.

A few symbols do stand out, especially the Claddagh ring, which definitely appears to be the top answer to the question “what are Irish friendship symbols.”  Still, I think a four-leaf clover is a good choice.  A good friend is a lucky find.  Hope you all have a happy St. Patrick’s Day!