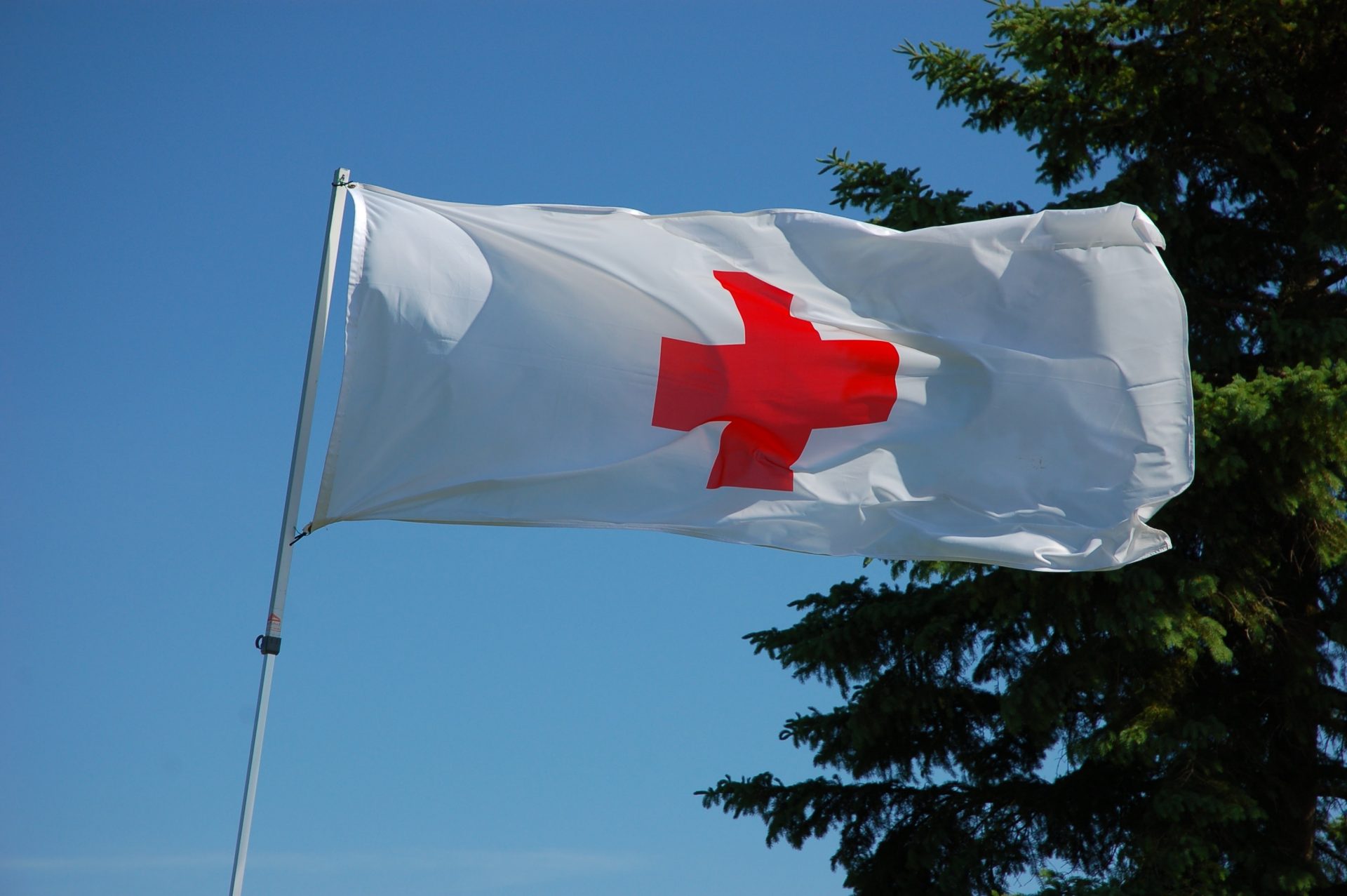 The most familiar symbol of medicine is probably a red cross, which is also the name of the international organization providing health services to the military and disaster victims.  The red cross symbol means “don’t shoot,” we are here to care for the sick.  The red crescent and crystal symbols later were added to be more universal. Meanwhile, others such as Johnson and Johnson, take advantage of the symbol for their own purposes.

In 1859, Swiss businessman Henry Dunant by chance witnessed the aftermath of a bloody battle in Northern Italy.

Afterwards, he wrote about the suffering of the wounded soldiers deprived of medical care.  Dunant  promoted an international relief agency which would provide medical care to all sides in a conflict.  This led to the origins of the  International Committee of the Red Cross (ICRC) in 1863.  Its symbol of the organization was based on the Swiss flag in his honor.

Clara Barton brought the idea to the United States, leading to the creation of the American Red Cross.  Thus, though the Swiss flag might have some Christian origins, the red cross symbol itself had a more secular history.

The Union Jack, the national flag of the United Kingdom, has a red cross with a white background in the center.  This is the “St. George Cross” and shows up on various flags, including the flag of England, the country of Georgia, and the city of Barcelona, Spain.

United States law specifically protects the red cross and its usage by the American National Red Cross.  The statute specifies: “the emblem of the Greek red cross on a white ground, or any sign or insignia made or colored in imitation thereof.”

The red cross symbol means “don’t shoot.”  On the battlefield, it is a sign representing medical and support personnel there to help the sick and those in need of assistance.

About the same time the original red cross association was formed, a few countries joined together for the First Geneva Convention.  An important aspect of the international agreement was the protection of the wounded and those whose job it was to care for them.

The red cross symbol is an important “flag” to give notice to others that the people involved here are neutral parties.  They are there to serve the interests of all, and neither side has the right to attack them.  It is fitting that their symbol is based on the Swiss flag, since Switzerland itself was for a long time a neutral country among warring European powers.

“The International Red Cross and Red Crescent Movement is a global humanitarian network of 80 million people that helps those facing disaster, conflict and health and social problems. “

The red cross symbol might have been inspired by the Swiss flag, not the cross of Jesus Christ itself, but it still naturally seemed to many to have a Christian meaning.

The Ottoman Empire, the Islamic Middle Eastern power of the late 19th Century, soon used its own symbol: a red crescent.  The red crescent had by this time been associated with Islam and in particular the Ottoman Empire itself.   The crescent is on the current flag of Turkey.

The red crescent should not be misunderstood to be “the” symbol of Islam.  Nonetheless, it became the symbol of the international red cross movement in many Muslim countries.

In recent years, there was a growing concern that various nations would be uncomfortable about using symbols so closely associated with Christianity and Islam.  For instance, Jewish, Buddhist, Hindu, and other religions are well represented in countries worldwide.

This would violate the fundamental principles of the International Red Cross and Crescent Movement.  These principles, symbolized by the red cross and crescent:

The principle of “universality,” that is, representing everyone, was furthered by the creation of the red crystal symbol.  The symbol appears as the shape of a square on edge, on a white background.  Those who associate the cross and crescent as too specific to certain political or religious groups now have this third symbol which is intended to be appropriate for anyone.

The United States later officially made the red cross the symbol of the American Red Cross.  Companies that were already using it, however, were allowed to continue.  Johnson and Johnson years later actually sued the American Red Cross itself (how cheeky) for trademark infringement, but lost.  J&J still uses the symbol, well recognized as health-related.

December 2021: Red Cross and Red Crescent National Societies are reaching more than 1.5 million migrants, refugees and internally displaced people (IDPs) in the Middle East and North Africa, yet the number of people on the move left without essential support is colossal, a report by the International Federation of Red Cross and Red Crescent Societies (IFRC) has found.

The red cross symbol is an internationally recognized sign for groups that provide medical and support services to people worldwide. The red crescent and crystal symbols expand on the theme, providing a more universal reach.   The symbols represent a neutral effort to serve the needs of humanity.  And, it also helps sell some health-related products.