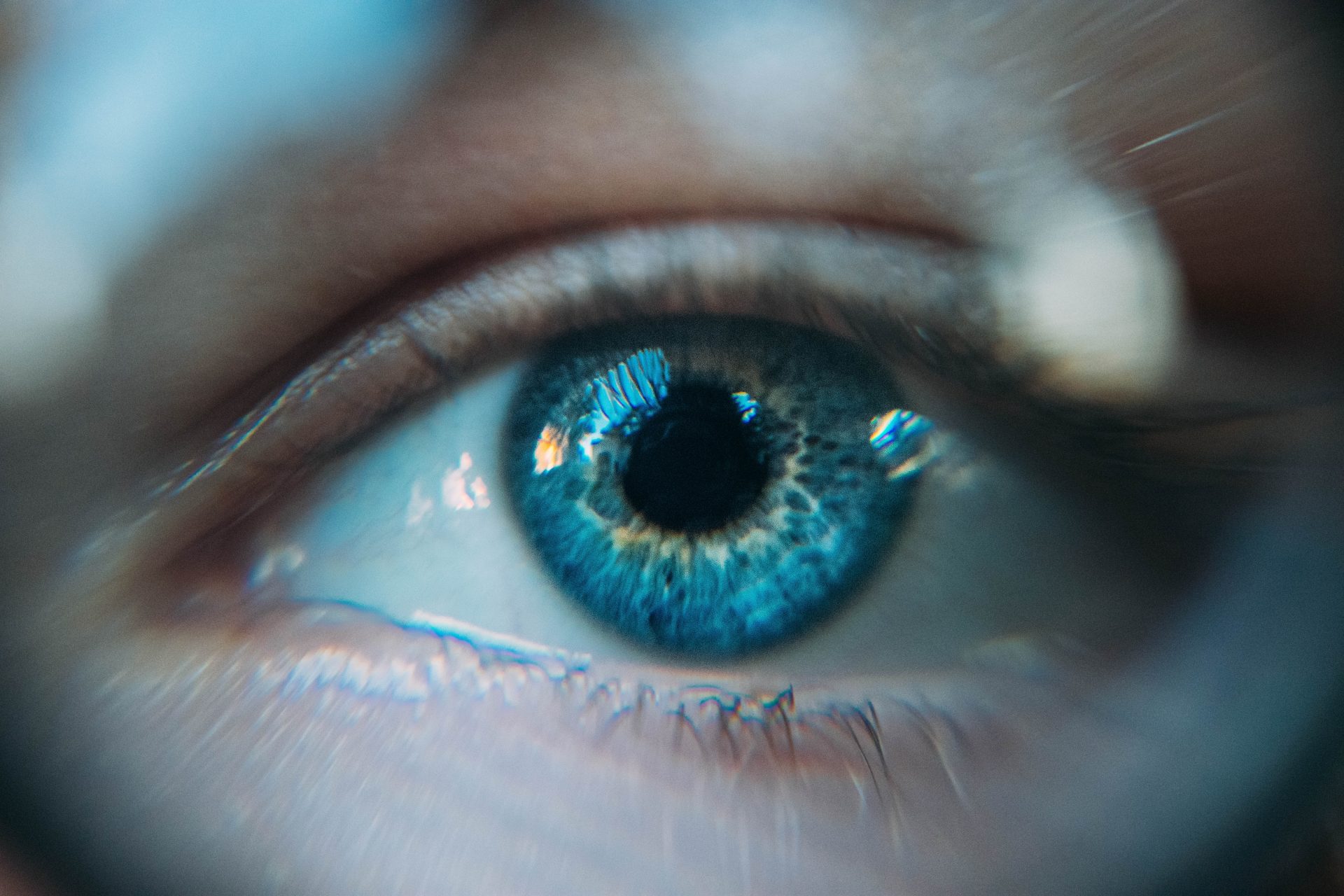 Eyes are extremely important. Can there be beauty without eyes? Many people study a person’s eyes to make conclusions as to their character.  Some even think they are mirrors to the soul.  The importance of eyes also leads many to use makeup to encourage more people to pay attention to them.  Lots of symbolism to discuss here.

Biology of the Eye

Eyes are complex organs.  They take in light, a series of steps occur, and it’s time for your brain to do its job.  And, then we are able to “see” things.  The two eyes work together.  If you cover one eye, you can check it out.  You will not see things quite the same.

Some people (like various members of my family) need glasses to help them see.  Glasses often symbolize someone intelligent or perhaps a “nerd.”

People with glasses supposedly read a lot or need those glasses to closely investigate something in the lab. They also might need glasses because they read or studied so much, wearing down their eyes.  Sometimes true.  But, it is also often a stereotype, like many sources of symbolism.

Are Eyes Mirrors to the Soul?

Cicero, an Ancient Roman often good for a proverb, once said that “The face is a picture of the mind as the eyes are its interpreter.”  Later on, we had the saying: “eyes are the mirrors of the soul.”  The basic idea is that eyes are very expressive and tell others what you are feeling.

There is actually a lot of truth in this.  Eyes are very expressive; they often tell us what people are feeling, even if they rather us not know.  A Psychology Today article once noted:

When people are sad or worried, they furrow their brow, which makes the eyes look smaller. Yet when people are cheerful, we correctly call them “bright-eyed.” That’s because people raise their eyebrows when they’re happy, making the eyes look bigger and brighter.

Eyes can also tell others if you have taken alcohol and various other drugs, including by such signs as “bloodshot eyes” or dilation of pupils.  Short term effects can mislead people, but if a person’s eyes are constantly showing signs of drug use, that too is rather telling.

There are many stories about the power of the eye, especially from evil glares.

A common part of vampire movies, for instance, is Dracula taking control of someone with his mesmerizing glare.  Franz Mesmer, an eighteenth century German physician, believed that there was a special energy occurring in all things.  The word “mesmerize,” meaning having the power to hypnotize, was named after him.

The “evil eye” is the belief people have the power to cause harm by just looking at you.  It is also more broadly used to symbolize people giving you “dirty looks,” that they are really mad at you.  Many charms are around to protect you from an evil eye.  Most might not be very helpful.  Not making people upset, however, is a useful way to avoid the evil eye in many cases.

One-eyed creatures from ancient times were a common way to symbolize monsters and evil beings.  The Cyclops, one-eyed monster, pops up during the travels of the Greek hero Odysseus.

Eye makeup, and not just for women, has been used since ancient times.

A common image of Ancient Egyptians is the telltale eye makeup used.   And, men and women did use an early form of mascara. The “kohl” eye makeup actually had practical value, including protecting eyes from dust, insects, and (even if they did not know this exactly) bacteria.

Eye makeup, however, then and now is often used for decoration.  Eyes stand out; they are literally “eye level,” and people like to decorate them in various ways.  Makeup often is used to attract people.  The eyes alone or especially with makeup therefore often symbolizes sexuality.

The differences between the eyes of men and women lead us to biologically notice the eyes as “masculine” or “feminine.”  Different types of eyes, therefore, symbolize each sex with eye makeup adding emphasis.  What sex or gender eye makeup itself would “code” depends on the culture.  In the U.S., mainly women wear makeup, but that isn’t true in all cultures.

Glasses often symbolize a person who is trying to hide their sexuality.  Not wanting to draw attention.  An old trope is the librarian with her glasses; she supposedly looks so much better with them off.  Glasses at times are used stylishly.  So, glasses can symbolize style as well.

If you have a dollar bill, take it out.  Check the back.  What is that weird floating eye on the top of the pyramid?  Is this some sort of conspiracy thing?  Calling Nicholas Cage!

The floating eye is the “eye of providence,” or the “all-seeing God.”  The eye is a symbol of God, who is believed to be looking over us.  The Latin on the “Great Seal” portrayed on the dollar bill translates as “(God) favors our undertakings” and “New Order of the Ages.”  The symbol of God was put on the Great Seal of the U.S. to show that God was looking over the new nation.

The eye of providence is a common Christian symbol, representing the omniscience (“all-knowing”) of God.  The symbol also is popular with freemasons, the Illuminati (a secret society), and many logos for universities, organizations, and other things.

People do not just use their eyes to see things.  They call attention to and sometimes hide them with makeup and glasses.  Eyes also symbolize many things, both good (“the eye of God”) and not so good (“evil eye”).  They express a lot about us, even if they are not truly the “windows to the soul.”  Thanks for using yours to read this website!