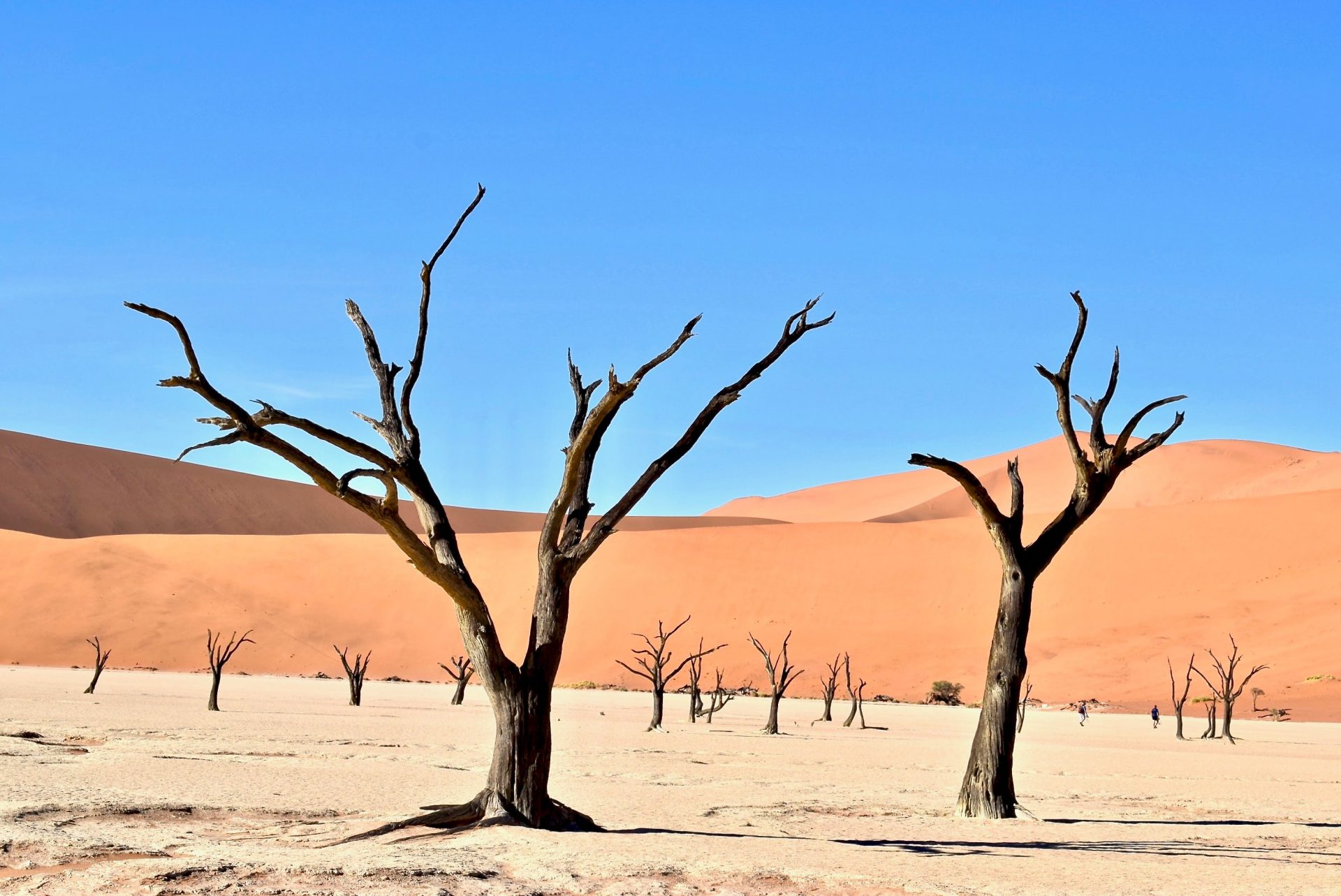 Trees can represent many things, especially symbolizing life. But, dead trees also symbolize many things, not only death and destruction. Dead trees can even symbolize life and rebirth and are used by many living things for shelter and food, returning nutrients to nature. Broken trees symbolize wounded people as well as the end of the family line. Bare trees are usually only dormant; they symbolize winter, risk, and the chance of rebirth.

Trees have a lot of meanings, being full of symbolism.

Trees are symbols of life.  The branches of a tree can symbolize the different parts of a family.  The interconnected roots of trees symbolize how the world itself is connected.

What does a dead tree symbolize?  Dead or not, dead trees symbolize a lot. They are able to provide symbolism beyond the grave.  No fortune tellers required (most of the time).

During the winter, a familiar sight in my city is trees without leaves.  These trees are not dead.

They are deciduous trees, which lose their leaves on a regular basis.  The trees are “dormant,” a period in the life cycle when growth and development temporarily stops.

Bare trees symbolize winter, a period of inactivity, a temporary absence of life and activity, and the hope for the future.  They symbolize rebirth, sprouting new leaves in the spring.

Bare trees also symbolize being at risk and open to harm.

A “broken tree” is often a name given to a tree that is injured. The tree might have been hit by lightning, a car ran into it, or any number of other things.  There is often a chance of fixing it.

A broken tree can symbolize a wounded person, someone who is depressed or suffering some major tragedy.  The person is not a totally lost cause.

But, they are “broken” in some way.  The person often is able to be helped and move on.  Sometimes, however, they are broken permanently.

A great tree, once full of life with leaves and often flowers, is now a bare and often ugly looking chunk of wood.  The contrast between life and death is clear and even rather blunt.  In your face.  A dead tree in a film or in literature is one way to symbolize death and loss.

Death also brings to mind “nature and nature’s god,” that is, dead trees symbolize nature and God.  Both give and take life. A dead tree can symbolize specific gods associated with death and the underworld, including the Greek god Hades.

A dead tree left to decompose (creepy word!) upright is called a “snag” while those fallen on the ground are called “logs.”  And, it turns out both play important roles.

Snags and logs both serve as homes for many animals as well as places where they store their food. Woody Woodpecker might find a dead tree a tasty source of food. They can also be places for animals to hide and be temporarily protected from the elements.

And, many animals and other living things use them for food.  The word “decompose” itself means various things break down the trees, including a range of living things such as fungi.

So, a bit ironically, dead trees can symbolize life and rebirth.

A dead tree can also be dangerous or at least an encumbrance such as a dead log that is blocking the road.  Dead trees can be a threat to life and lead to injury.  A symbol of danger.

Dead trees are popular symbols in scary movies.  Trees can be scary in various ways, but nothing like symbols of death to bring on the screams.  A dead tree might be haunted too.

A dead tree can also symbolize evil and evil beings.  Life is good; death is bad.  A dead tree is a symbol of bad things.  It can symbolize a bad omen, a sign of a land being cursed.

Other than symbolizing danger, dead trees provide a responsibility to humans.

We need to clear dead trees away to prevent problems.  This might be unpleasant though it can also be a job opportunity.  The “glass half full” side sees endless possibilities.

Dead trees can also mix danger with opportunity, dead trees being possibly used for timber and other purposes.  Nonetheless, some dead trees are not suitable for things that people use, including being too decomposed to be useful for building materials and fuel.

What Does A Tree Stump Represent?

At the end of a beloved children’s book (The Giving Tree), a tree that gave it all was sad.

Only a stump now, what can the tree offer?  But, the boy at the beginning of the book is now an old man.  He still appreciates the tree, only looking for “a quiet place to sit and rest.”

A tree stump might symbolize some positive things, including a place to rest, and a symbol of how the tree was used productively for lumber and other things.

A tree stump also can symbolize many of the other things that a dead tree as a whole represents, including a strong sign of destruction and death.

A dead tree can mean a certain area is no longer able to sustain life such as after a nuclear war or some sort of poisoning of the land.  Dead trees can be rather depressing.

Dead trees, however, often actually are also symbols of life.  A “dead” tree can be a thriving environment, even if the sort of life (insects, worms, fungi, moss) is not the type some people prefer.  And, even a truly dead tree provides a lesson, including a warning to the living.

Are dead trees ever truly dead?