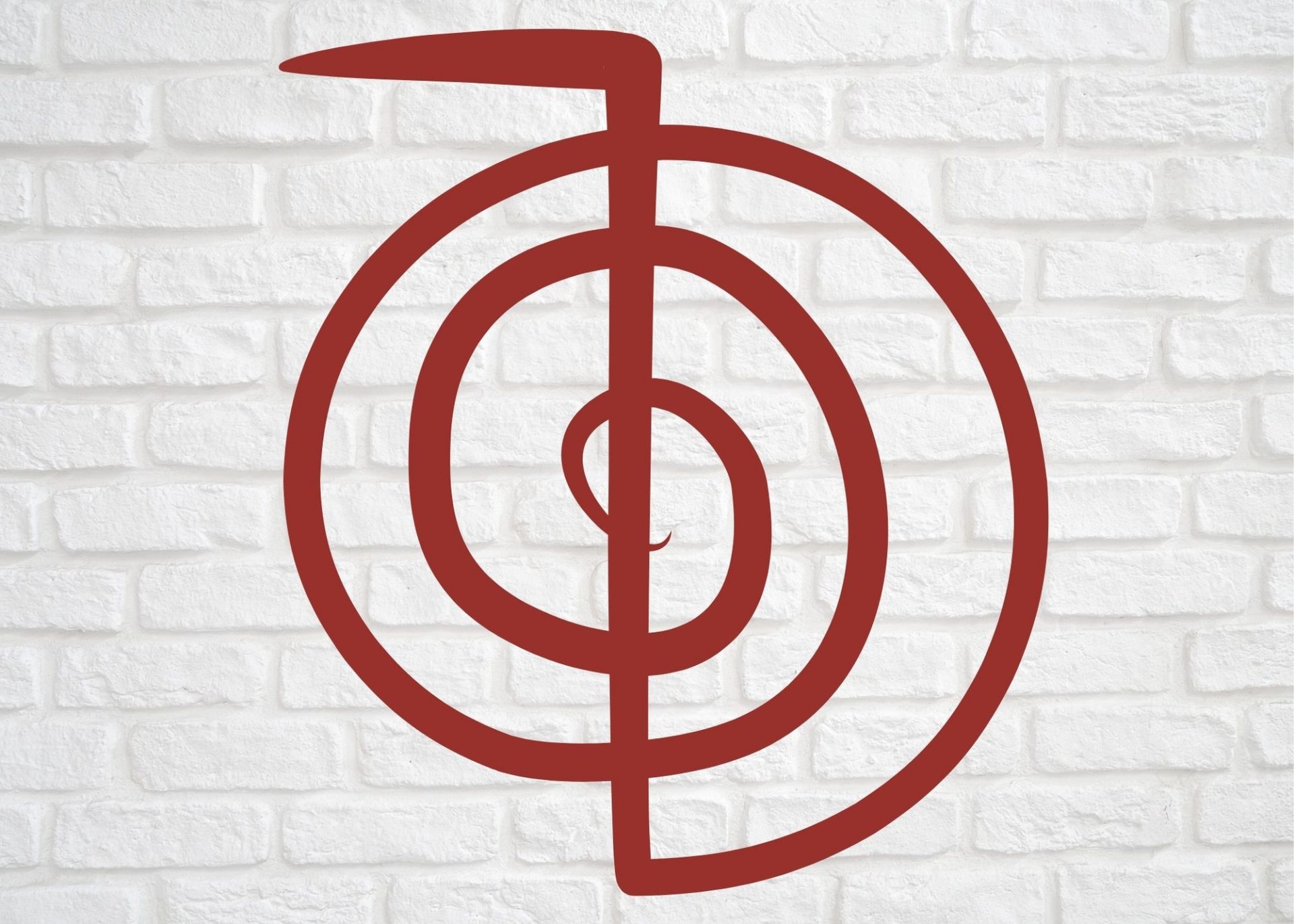 Reiki therapy is an alternative medicine that regulates the energy fields believed to be around our bodies.  The use of  Reiki symbols is a means to channel this energy.  Cho Ku Rei is the “power symbol,” which brings forth and channels energy. It is both particularly important in Reiki therapy as well as a powerful symbol representing good luck, peace, and prosperity.  The Cho Ku Rei symbol is the way to go to be free from all negative energy.

It is the name of a form of alternative medicine, energy healing.  The general idea is that we have energy fields around our bodies.  The lack of proper flow of energy can cause physical and emotional pain.  Reiki practitioners can lay hands on a patient and help correct the problem.

Some Reiki practitioners use such things as crystals (crystals’ relationship with chakras also overlaps with Reiki theory).  Meditation and relaxation techniques might also be involved.

Reiki symbols are one specific approach to properly regulate bodily energy. The symbols alert the mind and body to change the way the Reiki energy functions.

Reiki is rejected by many as pseudoscience.  Nonetheless, the process has been found useful by many, even if the whole concept of energy fields and all that is not based on scientific reality.

What Way Should That Coil Go?!

The Cho Ku Rei (“Cho-Koo-Ray”) symbol looks like a circling spiral coil.  It is a popular health symbol.

There is some debate over the significance of having the coil go clockwise or counterclockwise.  Different Reiki teachers and traditions favor different approaches.  The basic idea is that one way will draw energy in, the other will draw energy out.  But, which way is which?

Some note there is “no harm” if you do it either way.  But, many argue that each way has a different meaning, if not affecting people the same way in each case.  So, a lot of flexibility.

Anyway, the symbol reminds me of the coil that is sometimes portrayed in films as somewhat surreal and/or used to hypnotize people.

You Are Getting Sleepy

What Do The Different Parts of the Cho Ku Rei Symbol Mean?

The Cho Ku Rei symbol is a very powerful Reiki symbol.  Each aspect of the symbol has a specific meaning.  There are three basic parts: the two lines and the spiral.

Symbol’s Use in a Reiki Session

“Cho ku rei” can be translated as “by the emperor’s command” or “place the power of the universe here.”  One loose translation which helps to visualize the goal of the symbol, is “all the energy of the universe is focusing on this point.”

The symbol is often compared to a “power switch,” which can instantly provide a boost of energy.  This makes it a useful symbol to use at the beginning of a Reiki session.

It can also “seal” positive energy inside the body, which makes the Cho Ku Rei symbol also useful at the end of a Reiki session.  Its power attraction qualities make the symbol all-around useful.

The Cho Ku Rei is the Reiki Power Symbol.

It symbolizes protection and prosperity. Some people put the symbol on their business cards, to invite success and as an expression of their own power and business abilities.  Cho Ku Rei symbols also improve business relationships, making them stronger and more positive.

The symbol represents energy with direction and purpose.  If you’re feeling sluggish (maybe in the middle of the afternoon?), this would be the symbol for you.

The symbol is also used to promote good luck and guard against misfortune.  A Cho Ku Rei symbol put on a wall can be a type of talisman to invite positive results and keep out bad luck.

Impure energy can come in various forms, including in food.  Cho Ku Rei is used to give nutritious energy boosts to what people eat.  And, it helps to purify foods as well as your body of dangerous toxins.  Cho Ku Rei is visualized to make meals healthier and more nutritious.

Do you ever sense that there is bad energy in the room as if it is some sort of independent force that requires an exorcism?  I think in some basic way this is the mindset behind Reiki therapy and the use of the Cho Ku Rei symbol particularly.  The symbol is a means for us to focus our energy in a positive way.  And, this can be a very powerful thing.

Good health involves a range of things, including positive energy, however one frames it.