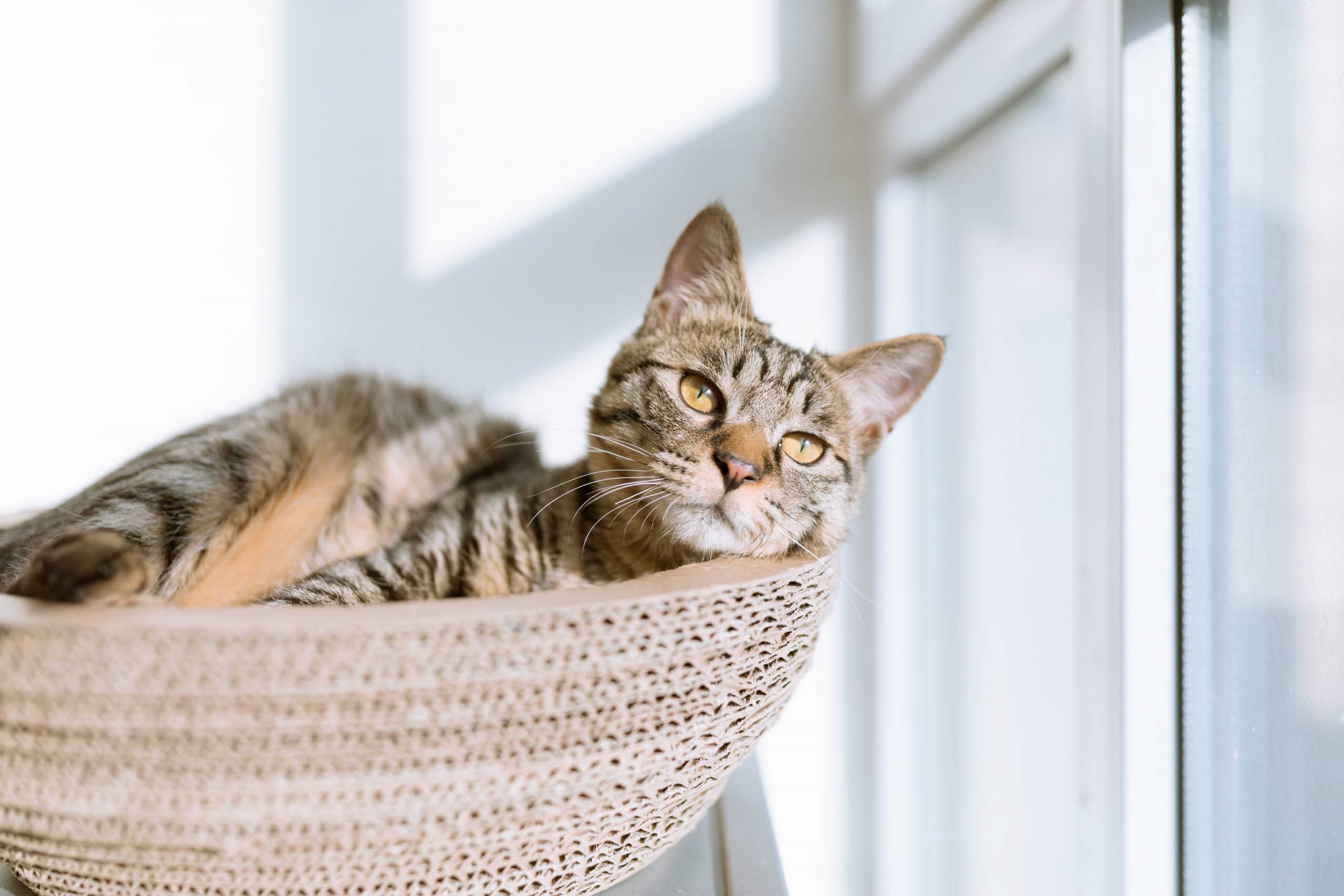 Cats have always been a part of human existence, either in the wild or as a member of our communities, as long as we had human civilizations.

Cats symbolize a range of things.  They are hunters.  Yet they’re cute.  Felines are independent, but can still be good companions.  They have been treated as gods and devils.  Some say cats are lucky, others believe they’re unlucky.  No wonder cats continue to intrigue us.

Cats might at times seem not to want anything to do with humans, but as long as there was human civilization, cats were around.  Wild cats first became tame parts of human society ten thousand years ago in the Fertile Crescent (Middle East).

Cats are hunters.  The first humans were hunters and gatherers.  So, humans have something in common with the mighty feline hunter.

Cat symbolism often is related to the cat as a hunter.  Wild cats, like lions, are mighty hunters.  They symbolize greatness and fierceness.  But, the domestic feline also is a hunter.  In fact, cats can be a major threat to local bird populations.

The cat symbolizes independence in large part because cats are solitary creatures.  They hunt alone, seeking out food for themselves.  The dog adapted to humans by becoming a submissive loyal companion.  The domestic cat retained their independence, which arose from hunting.

Cats were worshiped in Ancient Egypt.  No wonder — a major producer of grain, cats were essential for protection from pests.  Cats were seen as lucky and protectors of the household.

The Egyptian goddess Bastet was believed to be the form of a cat.  Egyptians were often buried with their cats.  Cats were mummified, preparing them for the afterlife.

Muhammed, the father of Islam, loved cats.  One story says Muhammed did not want to bother a cat sleeping on arm when the call for prayer arose.  So, he cut off his sleeve so that the cat would not be disturbed.  A companion of Muhammed was known as Abu Hurayrah, or  “Father of a Kitten.”  The cat of another of the prophet’s companions supposedly saved him from a snake.

This godly power also made cats magical.  Cats were shapeshifters.  They might be humans or gods in disguise.  Cats were companions, “familiars,” of witches.

This is a popular trope, symbolic image, in fiction.  Cats are common symbols of magic such as on the shows Sabrina or Charmed as well as movies like Bell, Book and Candle.

Cats were also associated with evil.

Black cats in particular were bad luck.  White symbolizes purity and goodness.  Black cats therefore would be bad or even evil.  Knowing black cats myself, this is an unfair belief.  And, some cultures do think black cats are good luck.  A Welsh folklore:

Ironically, the worship of cats by pagans (non-Christians) greatly contributed to cats being symbolized as evil by Christians in Europe.  Sometimes, they were even killed.

Cats began to be part of our society for practical reasons.  They soon became simply pets.  Small and cute, they made good companions.  Queen Cleopatria’s favorite cat was named Tivali, which means “gift of god.”  The French king Louis XV also loved cats.

Cats are not as popular as dogs, but they still are what a “pet” or “companion animal” symbolizes.  Their independence and sense of mystery is part of what makes cats so attractive to many people.  We have built a very profitable industry of cat products to care for and please them.

Cats are often seen as more “female” while dogs are loyal “manly” animals.  But, of course, all types of people can love their feline companions.

This probably goes back to hunting again.  Cats investigate.  And, sometimes, this leads to problems.  “Curiosity killed the cat.”  But, what is really bad about wanting to know things?

Cats observe.  They like to be up high in places where they can see what is going on.

They also like to be able to hide.  Cats are small and naturally in danger from predators.  They retained survival instincts.  It might look cute when a cat is in a small cardboard box.  But, for the cat, it brings back memories of keeping safe in the wild.

All of this can lead to some mischief.  No wonder cats symbolize trouble.

My sister is a big fan of “Hello Kitty,” a popular Japanese cultural symbol.  Hello Kitty is “kawaii” or part of their culture of cuteness.  This includes cute cat mascots.

Cats also symbolize protection and good fortune.  A Japanese feudal lord saw a cat waving to him and approached the cat.  Lightning struck where he was standing.  Lucky indeed.

And, cats symbolize wisdom in Japanese culture.  Natsume Soseki’s classic book, I Am a Cat, is told from the point of view of a quite educated cat, who is quite critical of his humans.

WANT TO KNOW ABOUT THE SYMBOLISM OF BIGGER CATS? CHECK OUT OUR LEOPARDS ARTICLE HERE.

“Don’t Let the Cat Out of the Bag”

This common idiom means to not reveal a secret. Its origin story stems from the 1500s when merchants would piglets in a sac for purchase. The tale states that when the customer wasn’t looking they would switch out the piglet for a (cheaper) cat. The poor customer would only find out when they got home and “let the cat out of the bag.”

It has been stated by experts (cat experts? piglet experts?) that there is no documented proof of this tall — ahem — tail.

Cats symbolize a range of conflicting things.  Both cats and dogs have long been part of our society.  But, cats have retained a sense of independence and mystery.  They are cute and mischievous while still having a bit of hunter inside that can seem cruel and heartless.  Meow!