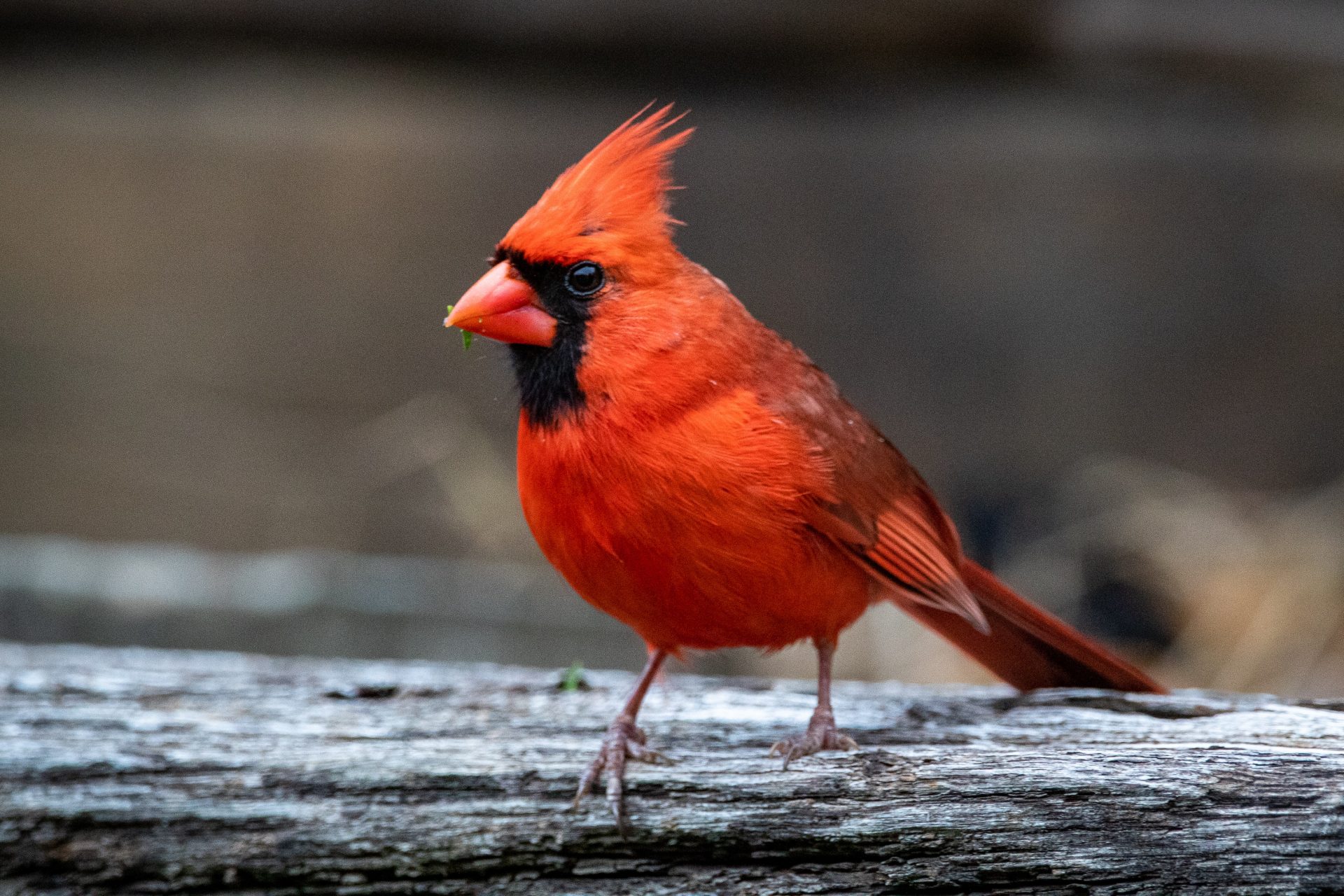 Cardinals are distinctively red birds that know a range of melodies. They are familiar sights in many neighborhoods. Cardinals are popular state birds and sports mascots. They symbolize the color red, song and romance, spring and rebirth, and the passing of the seasons. Cardinals also can symbolize good luck and have spiritual significance.

The cardinal is a familiar bird, often seen in backyards and at birdfeeders.  Cardinals are pleasant sights and their songs also charm many.  Cardinals also have many meanings, and symbolism, which give them a special significance.  We can see this in their very name.

I just finished reading a fiction book that was made into a movie about a pope entitled The Shoes of a Fisherman.  An important figure in such a story, about the Catholic Church, is a senior member of the clergy known as a cardinal.  For instance, Justice Sonia Sotomayor went to Cardinal Spellman High School.

The adjective “cardinal” means “chief, principal, essential,” so it is understandable that an important member of the clergy is called a “cardinal.”

Cardinals wear red because that is a symbol of blood and martyrdom.  A martyr is someone who is a “witness” to the faith, willing to give up their very life.

The male cardinal bird is a distinctive red color. Cardinals are actually sometimes called “redbirds” (very creative; our family had a male dog named “Lady,” a black cat named “Blacky,” and a fluffy dog named “Fluffy,” so I understand the lack of creativity).

The redbirds reminded people of the outfits of cardinals. And, that is how the birds obtained their name.  Cardinals (of all types) still symbolize all things red.

Some Facts About Cardinals

Cardinals are native to the New World, from Canada to South America.  They have been able to adapt to parks and suburban human habitats.  They can live up to fifteen years.

Cardinals are active songbirds, who sing many melodies. Both male and female cardinals sing.

Cardinals are social birds, sometimes hanging out with other species.

Cardinals generally do not migrate; they can be seen year round.  Cardinals in wintertime symbolize a moment of brightness and cheer in an otherwise dark and gloomy time.

Cardinals singing is a symbol that spring has begun. The start of spring, along with the first songs of the cardinals, also symbolizes rebirth, joy, good health, and hope.

What Else Do Cardinals Singing Symbolize?

Cardinal songs are important for mating.

Males can be particularly aggressive defending their territory.  Cardinals mate in monogamous pairs.  Male cardinals can feed female cardinals during mating.  Cardinals sometimes can mate for life.  Such a Hallmark story!

The song of cardinals symbolizes music as well as romance, devotion, and love.

Cardinals can in the process not only symbolize seasons, but also different locations.

Illinois, Indiana, Kentucky, North Carolina, Ohio, Virginia, and West Virginia have cardinals as their state bird.  But, many other places, including schools, also favor this colorful melodious bird.   For instance, Lamar University in Texas wanted to get into the mix too.

Cardinals can also be a message of special spiritual meaning when a cardinal visits your home.  This makes some degree of sense with cardinals named after men of the cloth, right?

The bright color, song, and beauty of the cardinal provide a burst of life and remind people of the special and precious things in life.  A cardinal sighting can be a blessing.

We saw that cardinals were named after Catholic clergy.  And, redbirds can like them Christian significance.  The redbird can symbolize the blood of Christ and serve a symbol of living God.  Some people also see the cardinal as a messenger of God.

What Do Cardinals Symbolize for Native Americans?

Cardinals are native to the New World.  So, a discussion of their symbolic value would not truly be complete without examining their significance to Native Americans.

The Cherokee traditionalist being named “Redbird” Smith (1850-1918) suggests the importance of the cardinal.  Cherokees believe cardinals are messengers of both good and bad (including death) news. The bird is believed to carry the soul of a person when they die.  A singing cardinal near your home is a sign that you will soon have a visitor.

Native American belief that cardinals are messengers also means the birds can be seen as important shamans, or medicine animals.  The red symbolizing blood also plays a part here.

Cardinals also symbolize romance here as well.  The Choctaw, for instance, tells of a tale where a redbird served as a matchmaker for a lonely Native maiden and a handsome brave.

The distinctive colors, including the flashes of black on the head of male cardinals, and songs make cardinals distinctive birds.  Do you ever see them at your local bird feeder?
Cardinals stand out and are easy to find, if you know where to look and listen. It is not surprising that the sight of a cardinal can be a symbol of good luck, being such special birds.