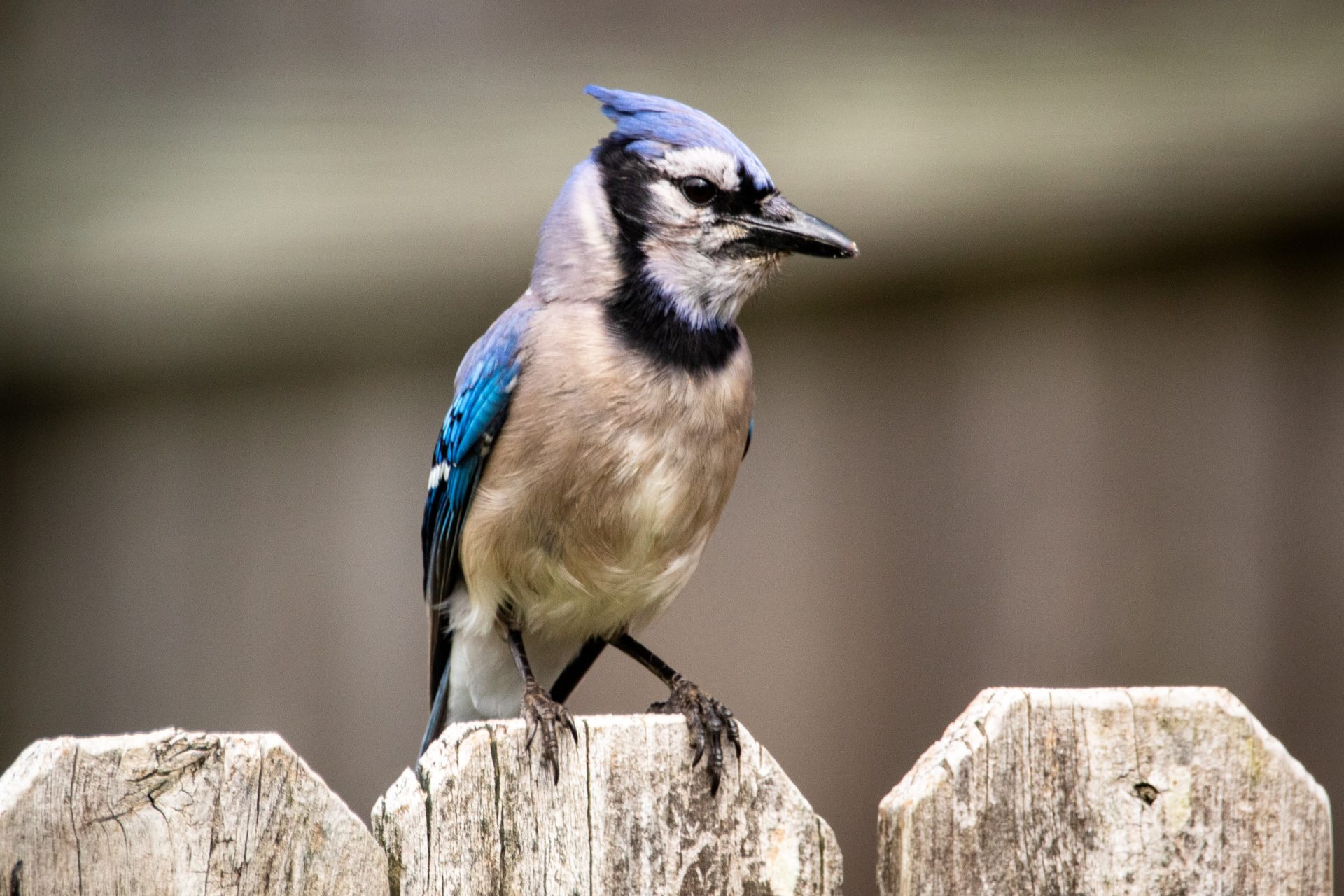 Blue Jays are birds who live in the U.S. and Canada related to crows and magpies. They are both smart and wily birds, not even their color fully on the level.  Blue Jays are symbols of loyalty and love. They mate for life and male and female blue jays share the load. Blue Jays are often found in American folklore and symbolize Toronto baseball.

John Jay was the first Chief Justice of the United States Supreme Court. The Toronto Blue Jays are the only Canadian team currently in Major League Baseball. And, blue jays themselves are colorful birds (what color? see below),  which symbolize love, home, and a lot more.

Blue Jays (they make “jay jay” sounds) are related to crows and magpies.

Blue Jays live on the edges of forests, city parks and suburbs. You might even see them in your backyard.  Blue jays like beech, pine, and oak trees.  They live throughout the U.S. and Canada.

Blue jays love acorns, but are omnivores. They have a diverse diet including seeds, grain, berries, fruit, and insects.  Blue jays can also eat snails, eggs, and sometimes small rodents.  They eat so many types of food they sometimes keep food in their throat pouch for later.

Blue jays are songbirds and migrate.  They have been known to live over twenty years.

Blue Jays can be white or light gray underneath, and various shades of blue, black, and white above.  You can see various types here.  The basic uniting feature is the touch of blue.

Blue jays are very good mimics, able to sound like the much more ferocious hawk, who are their adversaries.  Blue jays have also been known to mimic cats and owls.  They have many songs.

They symbolize a touch of guile.  And, that blue color?  Well, that is a mirage as well.  Blue is rare in nature.  Blue jays’ wings have air pockets that absorb all colors except for blue.   If you observe the feathers in the right conditions, they look brown.

Birds are popular symbols of various places and institutions.  Blue jays are the official bird of Prince Edward Island (Canada), universities such as Johns Hopkins, but not of any U.S. states.

The Toronto Blue Jays are obviously the most familiar team represented by this (sometimes) blue bird. The Toronto Blue Jays exist since Major League Baseball didn’t want to have a championship called a “World Series” and teams from only one country.  What about the name?

The name must fit them — the people voted for it in a contest.  “The Blues” was already used by the University of Toronto.  Some didn’t like the name, but fans are proud of it now.

Blue jays can be noisy (like good fans) and bold (like a good team). Blue jays fly and what baseball team doesn’t like a well hit fly ball, hopefully out of the park?

The ability of blue jays to trick people by mimicking large predators is but one way that they are quite smart birds.  They also symbolize flexibility, openness to change, and patience.

Blue jays are crafty like humans without a lot of the baggage.  They even “process” their food, including using ants for reasons not totally clear to scientists (“anting”).

Blue jays also can learn to use tools, including pieces of newspaper. They are very adaptable as shown by their diverse diet and use of bird feeders, the fast-food locations of our avian friends.  And, blue jays never lose their keys or anything.

Blue jays are monogamous, hooking up for life, which is better odds than this country’s current marriage rate.

Both sexes help to build the nest, including with paper, rags, string. They are good home decorators though I do not know if they are familiar with feng shui.

Blue Jays become quiet in the nest but will attack with loud calls if the nest is threatened by a predator.  The female takes care of the eggs while both sexes bring food to their young.

Blue jays symbolize co-parenting, equality of the sexes, and a fair splitting of household tasks.

Blue Jays have from ancient times been important figures in American folklore.

Native Americans were so comfortable with them that blue jays were common conversation partners.  Blue jays were often seen as tricksters; blue jays nearby could be unlucky.

Some people, including slaves of the plantation South, thought they were “birds of Satan.”  It was said that you couldn’t see them on Fridays because that was the day blue jays did errands for the devil.  Then, blue jays were happy on the weekends, their devilish tasks done.

John Jay was famous and all, but some didn’t like his politics.  This meant calling a person a “jay” could have a bad connotation. Hey, it’s not the bird’s fault John Jay negotiated a bad deal with the British!  And, then there was the Jaybird Woodpecker War of Texas (seriously).

“Jaywalking” meant you were too rustic and uncivilized to even know how to walk properly.  The blue jay’s reputation for foolishness also led to the term “crazy like a blue jay.”  And, if you are crazy, why not “naked like a blue jay,” though all birds (except Donald Duck) have no clothes.

Some years ago, I went with my family to Toronto, including to a Toronto Blue Jays baseball game.  I do not recall if they won the game though I do remember it was an inside stadium.

Blue jays deserve an open-air stadium. On other hand, they are a coupled species, staying together to raise a family.  What is more appropriate for a family than a trip to the ballpark?

Stadiums have diverse foods at concession stands these days.  How about acorns?