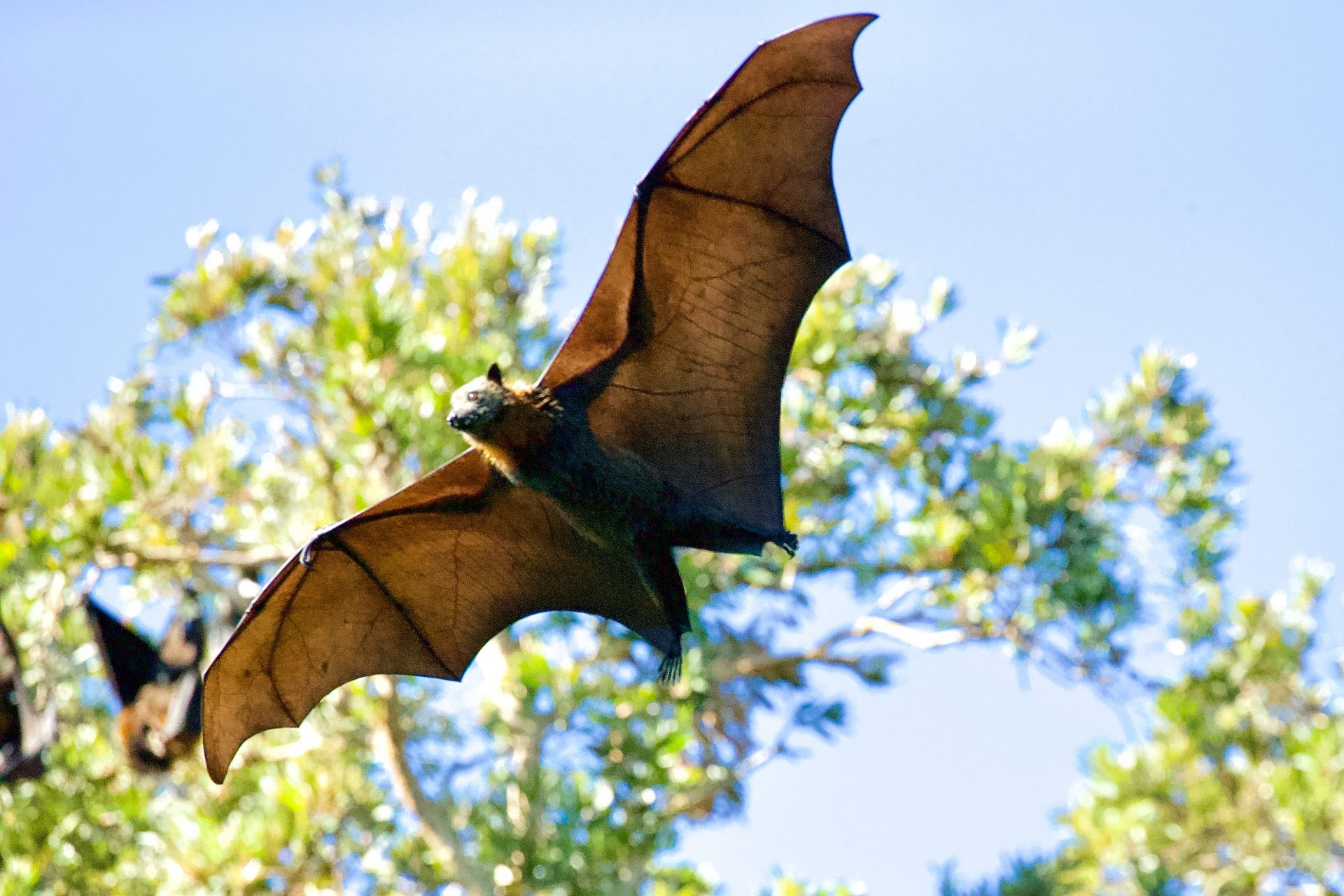 Doing some research for this article, I came upon a question: “are bats good for anything?”  Do bats have inferiority complexes? Bats are pretty amazing creatures, not just blood-sucking ghouls or the calling card of intense crime fighters.  Let’s give them some love!

What a bat symbolizes depends on your culture. For the Aztecs they meant death. China, in contrast, believes they are a good luck sign. And Native American folklore portrays the bat as tricksters, not to be trusted. In general these nighttime creatures are seen as sinister and related to evil things (such as vampires). They are actually quite usual — pollinating crops for instance — and do deserve respect.

Lives of Bats Leads to Much Symbolism

Bats are small flying mammals that generally come out at night.  Bats’ bodies allow them to hang upside down, also a good position for them to take flight.

The night alone is a scary time, but bats also look pretty sinister, including the whole upside down and hanging out in caves thing.  So, it is not surprising that bats often symbolize something sinister.  They can symbolize things like the night, darkness, evil, and danger.

China, however, associates bats with luck and good fortune.  They noted bats often lived long lives, associating them with fertility.  Bats in Chinese art are often portrayed as quite beautiful.

Bats are also an animal “in between” – they are not really birds, but do not seem to be truly mammals either.  Native American folklore about bats reflects this.  Bats often are tricksters, who are smart and not quite trustworthy.  They can be spies between different groups.  Bats also might be an intermediary to the divine as seen in some Navajo folklore.

Blind As A Bat?

Bats are not blind.  They have small eyes which are sensitive to light, allowing them to see in very dark places.  Bats also use echolocation, finding locations by use of bouncing sound off objects.  Bats do have poor eyesight, which leads to the saying “blind as a bat.”

“While much of the world sleeps, vampire bats emerge from dark caves, mines, tree hollows, and abandoned buildings in Mexico and Central and South America.”

Vampires are a basic thing that comes to mind (if, for instance, it’s a question on Family Feud) when bats come up. Vampire bats are named after the famous fanged monsters, both gaining subsistence by drinking the blood of their prey.  But, vampire bats are only one form of a bat.

Vampire bats probably contributed to the belief that vampires transform into bats and fly around to seek prey.  Vampires also were long associated with evil spirits and witches, both of which fly around.  Bram Stoker’s Dracula settled things: vampires and bats were an item.

Bats also in general have a sinister quality, coming out during the night, which also can symbolize death.  Vampires are the “undead.”  So, the connection between vampires and bats makes sense.

In the name of his murdered parents, Bruce Wayne wages eternal war on the criminals of Gotham City. He is vengeance. He is the night. He is Batman.

Bruce Wayne took advantage of multiple symbolism when choosing his costume.  Batman is a “creature of the night,” fighting crime (at times in flight!) in the darkness while his alter ego is being a rich playboy during the day.  Who comes out at night?  Yes, the bat.

The bat costume also has a sinister character, at least, if we are not talking about the more silly 1960s television version.  A bat has a dark, at least evil, connotation.

What else flies around at night?  The vampire.  And, Batman is willing to do nasty things to fight evil.  He has a “dark side,” fighting for vengeance.  The creepy bat makes for a good symbol of his work.  The symbolism fits both as a matter of time and meaning.  Is Bruce an English major?

Why Does “Batty” Mean “Crazy”?

Someone who is “batty” tends to be at least a bit eccentric, if not totally crazy.  Also, someone might “drive you batty,” or really make you crazy with their pestering or antics.

The saying arises from the expression “bats in the belfry.”  A belfry is a church tower where the bell is placed.  A high up, often dark place, the belfry was a familiar bats hangout.

“Bats in the belfry” means that your head is clouded or mixed up, “belfry” symbolizing your head.  This was shortened to “batty” -– your head is full of bats, you are “batty.”

What Are Bats Good For?

Vampire bats aside, bats are good for a range of things.

Bats are also prey for a variety of animals.  Bats are part of the wider ecosystem, balancing things out.

Bat droppings or “guano,” is a type of natural fertilizer.  And, used to produce gunpowder.

Bats also pollinate crops.  Pollen are grains in plants that are part of the reproduction process. Bees are usually associated with pollination, but bats also are involved in pollinating a range of helpful plants such as bananas, dates, coconuts, cloves, vanilla, Brazil nuts and avocados.

The production of chocolate, fittingly a Halloween staple, often relies on bats.  The African baobab tree, known as the “tree of life,” also primarily is pollinated by bats.

Bats also have been useful in research, including the study of their flight and use of echolocation.  The saliva (spit) of bats also might be helpful to avoid blood clots.

Bat spit even is in some places a delicacy.  Does Starbucks have a Bat Spit Coffee option?

So, have no fear Mr. and Mrs. Bat, you are good for a lot of things.  Bats also have long been the subject of our imagination, in both good and bad ways.  They often symbolize bad things, from darkness to evil to being crazy.  But, Batman alone shows bats have some good connotations too.  Lots of little boys and girls (and some big ones) think bats are pretty cool.  And, they are!